When your country launches a surprise air campaign in some faraway place, you might naturally ask questions about the goals, the costs and the consequences. But this, evidently, is not the Russian way. Ever since the Kremlin began its bombing campaign in Syria, I’ve been asking people here what they think about our foray into the war-torn mess of the Middle East, to little or no avail. The subject does come up, but not in the way you might think. 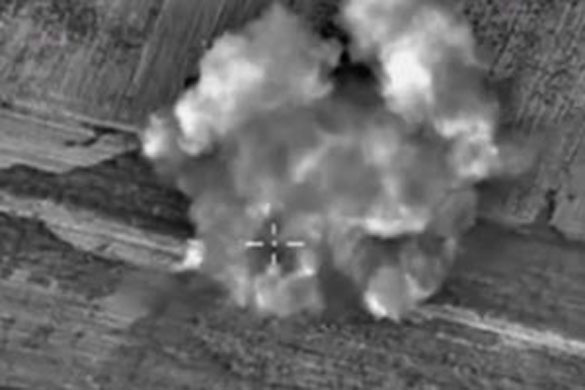 Apparently for most Russians, discussing the wisdom of plunging into a sectarian conflict hundreds of miles away is not nearly as exciting as simply watching televised images of warships firing cruise missiles into the darkness. While I am unable to judge what effect Russian bombs and missiles are producing on the people in Syria, I do know that here in Russia the broadcasts inspire awe, and not just among my countrymen: Moscow’s state-run TV caters to Russian speakers the world over. Dramatic footage of high-tech military sorties is now a programing staple — and an integral part of the Syrian operation. (Until a month ago, fighting in Ukraine kept people glued to their screens, but, as the old saying goes, “out of sight, out of mind.”)

Instead, people like Zakhar Prilepin, a best-selling novelist and left-leaning commentator turned born-again Putin enthusiast, prefer to wax poetic about the broad reach of Russian power. “I imagine what kind of mixed feelings some of the former Soviet republics might have realizing just how far a bomb launched from the Caspian Sea might fly,” he wrote on his blog recently. Though the subject of former Soviet republics betraying Russia is popular among simpler folk, his words, aimed first and foremost at Ukraine, are typical of what most pro-Kremlin commentators have been saying.

Referring to the firing of 26 cruise missiles from Russian warships based in the Caspian Sea at targets in Syria more than 900 miles away, he declared: “This is an amazing gesture, a sort of ‘peace to the world’ kind of message, the pacific sign drawn on the Caspian by an invisible finger.”

This seemingly meaningless comment actually makes sense in the context of the Kremlin’s twisted worldview. It’s part of President Vladimir Putin’s tightly choreographed response to those in the West who have described Russia as a regional power in decline. Through his actions on Syria — underlined by his talks this week with President Bashar al-Assad — Mr. Putin is declaring plainly and forcefully that Russia retains a dynamic role in geopolitics. Under the guise of constitutional procedure, the Russian Parliament has given him carte blanche, approving a measure that allows the commander-in-chief to use the military “outside the territory of the Russian Federation on the basis of commonly accepted principles and norms of international law.” The measure does not limit potential engagement to any specific geographic zone and does not mention Syria.

The omission is hardly glaring. In its extensive coverage of the Syrian war, Moscow’s state-run media — the only kind available to most Russians — barely mentions ethnic or religious divisions or the motives or sponsors of the various combatants. The term “ISIS” is often used indiscriminately as a common denomination for all fighting groups.

“We don’t see any difference between the Shiites and the Sunnis,” Mr. Putin said on national television on Oct. 11. There’s much method in that feigned ignorance. For Mr. Putin, the fact that combatants might be supported by the West, the Saudis or Iran detracts from his main point. By pretending to be ignorant of these distinctions he is using the world stage to push one of the main articles of his domestic credo — that any activity by any organization that is not approved by the state is an adversary to the incumbent power.

As he has reiterated on countless occasions, all organizations, even religious ones, are paid for by foreigners with alien agendas. These foreign proxies can have only one ultimate purpose: regime change. In Syria their goal is to overthrow Mr. Assad, just as the NGOs in Russia are there to overthrow Mr. Putin. For our president, there is no difference between the Ahrar al-Sham or the al-Nusra Front or ISIS (or Greenpeace, or Amnesty International for that matter). There is nothing behind them but foreign money and sinister intent.

In siding with Mr. Assad, our president has created “Sheikh Putin,” a noble friend who has come to the aid of the ruling Alawites besieged by mostly Sunni rebels. He has made Russia a de-facto Shia ally but does not seem to take the sectarian divisions seriously, in large part because of his legalist, state-centered worldview. “We do not intend to get into any interreligious fights,” he said in a recent interview with Rossiya TV. “We only have one goal: to support the lawful government.” The fact that most Muslims in Russia are Sunni does not seem to bother him. He apparently thinks that as soon as all the nonstate actors are eliminated or come under government control all threats to the Syrian regime will cease.

In Russia, after 15 years of Mr. Putin’s leadership, all political culture rotates around the state. He is acting in the Middle East as if the region were just another Russian oblast, a troublesome province that needs to be brought up short by the power of the centralized state. I cannot help thinking that Mr. Putin is fashioning Russia’s role in Syria almost as a mirror image of what President George W. Bush tried to do in Iraq. But whereas the United States saw democracy as a cure-all, Mr. Putin is pushing a centralized authoritarian state as a remedy for all the troubled region’s ills.

Maxim Trudolyubov is editor-at-large at the business newspaper Vedomosti and the author of a forthcoming book on power and property in Russia.