The Paradise on Earth - Kashmir: Caught Between Two Contrasting Ideologies and Political Philosophies

Kashmir, once known to the world as the Paradise on Earth, has been soaked in blood for the last three decades and more.  This paradise, and those who live here, have been caught between two guns; belonging to two rivals, and believers in two contrast ideologies and political philosophies…. 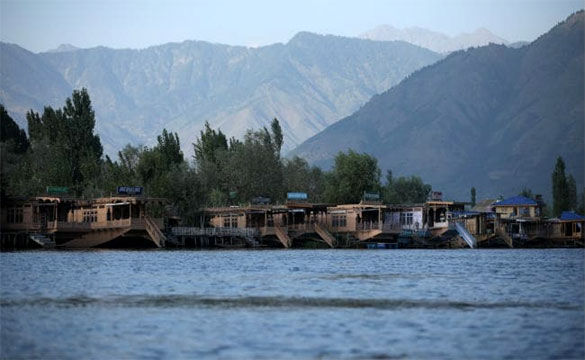 In such a scenario, the body count becomes inevitable.

There is a third gun which none of the parties owns publicly. The unidentified gunmen! These gunmen have spilled more blood than the identified ones.

Dead bodies of Kashmiris have been and are being recovered from rivers, lakes, streams and deserted places. Who killed them and why? There are no answers!

These unidentified gunmen have killed journalists, traders, students, lawyers, academicians, politicians, engineers, religious preachers, so on and so forth. Someone was killed in his/her office; some inside his/her home; some on the road and; some while entering or leaving a mosque. 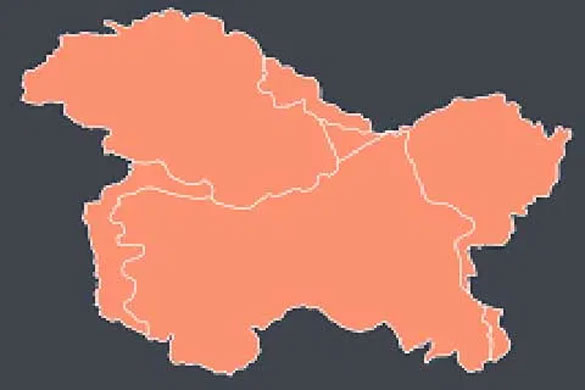 Recently, a human skeleton was recovered from Ganderbal. Who was he, and why did he meet this fate – this question would probably never be answered.

These murderers have downgraded the value of human lives and also the basic concept of ‘humans as being the best living species.’

We have now become habitual of seeing dead bodies and therefore no living human gets perturbed by this trend. When we see body of some animal (dog, cat, monkey) run over by some vehicle and lying on the road, we just tche, tche for a second and move on. Same is our attitude now towards human bodies lying all around.

It seems that abundance of such bodies has changed something within us as humans. The nature had bestowed humans with a heart which could feel pain of others; a mind, which could differentiate between right and wrong. How could these nature-given faculties become a mute part of this murderous game?

Differences of opinion, differences of thoughts, differences of political philosophies, caste, group and creed differences exist from the day this universe came into existence. And these will continue till the universe continues. To differ is the basic right of every human being bestowed upon by the Creator. The differing arguments could be wrong, could be unjust but taking someone’s life for such differences is not just.

As a Muslim, I believe, the Almighty too has encouraged such differences. He has given ample and free space to differing voices. Had it not been so, why should Allah not have just destroyed and finished Satan, who refused to bow before His clay-made human? He didn’t do so. He allowed Satan to be and this is an ample proof that nature can never be against difference of opinions and disagreements.

The other day, a young lawyer Babar Qadri was shot dead by “unidentified gunmen” at his residence in Hawal area of Srinagar. Who were the killers and why did they kill this young lawyer? I am not sure that if we would ever get any answers to these questions.

Babar Qadri was known as an outspoken young Kashmiri who struggled to form students’ union while studying law in Kashmir University. After completing his degree, he would be on the media, both electronic and print, articulating his views about Kashmir. His comments in media were, at times, criticized. Even his posts on social networking site twitter, at times, created controversies. Yet he stood by what he used to believe in. In normal times and normal places such criticism and controversies would have been normal. But not in Kashmir, which has been turned into a battle ground by some big forces; it had implications.

Expressing one’s ideas freely in Kashmir tantamount to inviting death, and that is the reason why the intellectuals and other person of knowledge don’t say publicly what they feel should be said. Hidden forces are not ready to accept and tolerate differing voices. Had these forces been tolerant to opposing voices, they would not have remained hidden. Only conspiracies can be hatched behind the curtains and Kashmir has become hub of such conspiracies. Who is doing what, nobody knows here. At times, some people fall into the trap of these conspiracies without having any idea about the conspirators.

Such situations have destroyed several societies world over and Kashmir is too falling prey to such conspiracies. Kashmiri’s are now like commodities in the market, they are at the receiving end and are not able to utter a word.

Article 370 was abrogated. Lots of people were not happy with the abrogation but maintained silence. Now Pakistan is planning to make Gilgit-Baltistan as its province. Lots of people are against this plan but would not utter a word. Why? Because they know that breaking silence may invite death. Nobody wants to die. Because when someone is killed, his family too dies without getting killed.

It would not be an exaggeration to suggest that whatever situation Kashmir society is in today is the making of its own people. We became pawns in the hands of warring groups and started killing each other. Those who visited Babar Qadri’s home and killed him had not come from any other part of India or from Pakistan. They were the ones who belong to this soil. They may either be justifying what they did or their conscience would be rotten dead, and that is why they murder civilian people without any mercy.

Babar Qadri’s murder is a message to those who dare to speak out. However, despite the message, fact of the matter is there always would be some Babar Qadri ready to die for upholding what he believes in. This is the law of nature. There always would be Habil and Qabil (Abel and Cain). Some will continue to follow Habil and some Qabil. That is why the Almighty has promised the Day of Judgment. On the day both the killer and the killed would be face to face. He will be the judge.

We humans have to understand the philosophy of the life that has been gifted to us. We have to introspect that whether we are doing what we are supposed to do. Had Almighty created humans with the intention that they would only kill each other, then why should any of His messengers have tried to establish a society where none would be afraid of anyone? Prophet Muhammad (SAW) created a society where a woman could travel from Mecca to Madina all alone without any threat to her modesty or life. It was the same society where prior to the Prophet (SAW), son would feel threatened by his father and vic-e-versa. Here in Kashmir, we have reached such a stage where nobody knows who is the enemy and why. And that is the reason that everyone is a threat to everyone. Politicians are scared of politicians; traders are scared of traders; scholars are scared of scholars; journalists are scared of journalists; fathers are scared of sons and; brothers are scarred of brother. Fear and threats have become inalienable part of our lives. Everyone is influenced by some philosophy and every philosophy instigates destruction of other philosophies. Everyone is advocating death and murder; everyone is trying to thrust his or her point of view over others. This decay of human thought is bound to push the society into the abyss of disaster and destruction because the situation is like what was in Arab prior to Islam where revenge was the only human trait that people followed.

Now there is no worry about any danger

As everyone is scared of everyone.

Note: The article was originally written in Urdu and has been translated by Bashir Manzar

Original Headline: Kashmir: Everyone scared of everyone!