A comment made during a conversation on the Delhi riots, that “India has not been able to come to terms with its Partition even after seven decades”, provoked a line of thought. The remark implied that while Pakistan emerged out of that pogrom as a theocratic state, sure about its religious underpinnings, India, though crafted into a secular nation, remains in a state of haziness about its foundations. 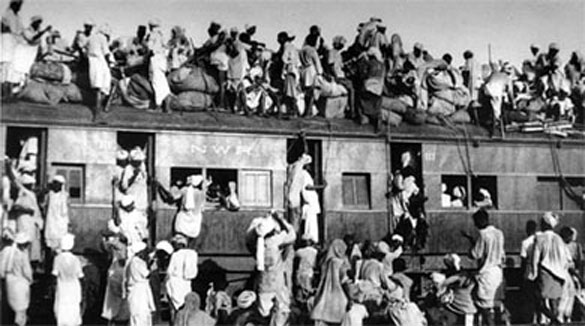 Partition of India in 1947, which gave birth to Pakistan the latest book “Bridge Across The River” brings alive those heart-wrenching moments.

Unfortunately, from its inception, Pakistan also fell between two stools — Jinnah’s vision of Pakistan as a secular state and Allama Iqbal’s conception, pregnant with revivalist connotations. This contradiction was exploited by various cliques to further their idea of Pakistan. Jinnah would not have recognised the nation that he defined thus: “I will tell you who made Pakistan: Myself, my secretary and his typewriter.” A nation born based on religion in 1947 split on the basis of language in 1971.

Did India also fall between the same two stools by not allowing the religion-based Partition to reach its logical conclusion? Is the design and construct of modern India at odds with its history and elementary impulses? Do the demons of Partition need to be exorcised for modern India to reach a state of equilibrium? These are some questions that need to be addressed once again, for the cornerstones on which India was founded are being pounded to dust every day.

It would be trite to dispute that the choices we made at our inception were correct and what is happening today is a travesty. However, if that is true, then why do Hindus and Muslims turn on each other periodically and on some occasions both Hindus and Muslims together on other smaller minorities? There are two essential reasons.

The first is the digression from the original constitutional design that Nehru and Ambedkar had envisioned for India, particularly concerning secularism, meaning the strict separation of the church and state.

In the post-Partition months, Nehru made some tactical concessions to the doctrinal European definition of Secularism by averring “We cannot think of any state which might be called a communal or a religious state. We can only think of a secular, non-communal, democratic state in which every individual to whatever religion he may belong, has equal rights and opportunities.” Implicit in his concession was that religion is a private endeavour and there would be no discrimination by the state for sequestered denominational activity.

Ambedkar went even further. He had drafted something akin to the establishment clause in the First Amendment to the US Constitution. It states: “The State shall not recognise any religion as State religion”. K T Shah’s draft said that the government would be entirely a secular institution, which would “maintain no official religion or established church”. H V Kamath even moved an amendment in the Constituent Assembly to insert the establishment clause into the draft constitution. It stated: “The State shall not establish, endow, or patronise any particular religion.” However, obscurantist elements in the Constituent Assembly triumphed.

Had the establishment clause been the “grundnorm” of our Constitution, the subsequent lurch into “Sarv Dharam Sambhav” and the consequent free fall into right-wing majoritarianism may have been checked. The second is the absence of a sustained public conversation around the choices that were made at the time of Partition has left us as emotionally bottled-up nations prone to periodic explosions. The phantom of historical grievances never leaves the collective consciousness of people and nations until it is willfully exorcised.

The plausible explanation for not confronting the ghoul of Partition was its sheer scale and bestiality. Twenty million people were displaced and over five million left dead between July-December of 1947. The helmsmen of the two newly-created nations could either have spent time dealing with the emotional fallout of this catastrophe or try and sandpaper it with the audacity of hope for those who had survived the carnage. Partition took place in the backdrop of the Second World that laid to waste 75 million lives. Human life was but a statistic.

So, the beaten, broken and brutalised were left to their own coping mechanisms. A horrendous calamity got internalised within every family. In whispers and sobs, in monotones and graphic detail, the trauma was transmitted from one generation to another, often amplified with each iteration. This memory is now a venom that has permeated into our public mindscape. It has created a fertile field of odium, ready to be tapped when perversity needs to be unleashed.

The issues around Partition that require a revisit include: Was the partition of India inevitable, given its ethnic composition? Who were the real authors of the two-nation theory and why? Was Partition an imperial design that would have unfolded for geostrategic imperatives even if Indian opinion would have been to the contrary? Why did Mahatma Gandhi’s moral force fail when he had been successful earlier? There are myriad such questions that need a fresh look, divorced from bias and with the objectivity that the passage of time may provide.

As the 75th Anniversary of Partition looms, the time has come for the Subcontinent — India, Pakistan and Bangladesh — to confront their past with brutal candour, either individually or collectively, through a series of sustained civil society conversations, joint parliamentary discussions and research endeavours.

For India, this is all the more necessary given that Partition is the apparition being dredged out to rationalise every atrocity, justify legislation and question the founding ideas and ideals of India. What we do not realise is that every time the nation goes through a communal eruption, another stone is cast in the direction of a second Partition.

Manish Tewari is a lawyer, MP, and former Union Minister of Information and Broadcasting.

Original Headline: Ghosts and memories of partition must be confronted