He Died a Broken Man

Though Maulana Umar ji was the first to apologise on behalf of his community for the Godhra incident, he died tarnished, accused of being the mastermind even after his acquittal 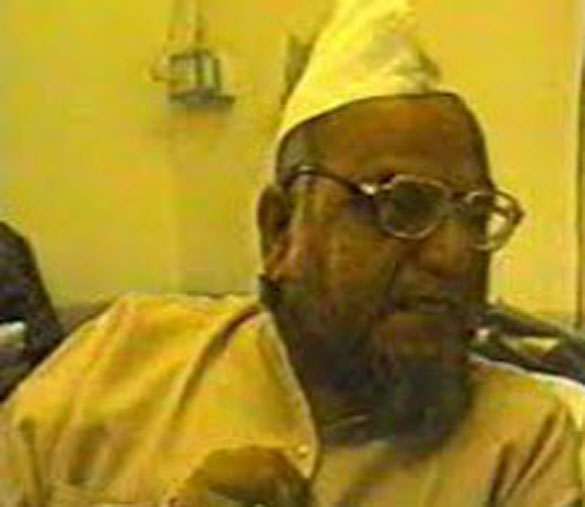 Maulana Hussain Umar ji died of brain haemorrhage on Sunday night, a free man but a tarnished one. As his son Saeed said, “His mind could never free itself of the stain on his reputation. Even after he was acquitted, the media kept asking: how did the ‘mastermind’ go free?”

Few outside Godhra knew of Maulana Umar ji till Coach S-6 of the Sabarmati Express was burnt there on February 27, 2002, leading to the gruesome death of 59 passengers, most of them Vishwa Hindu Parishad (VHP) followers. The subsequent violence against Muslims in Gujarat saw thousands of injured, raped, orphaned and widowed Muslims pour into Godhra from neighbouring villages, necessitating the setting up of relief camps for them. Maulana Umar ji, the head of the town’s Ghanchi community, ran the three camps, and thereby entered the limelight, finally leading to his arrest as the mastermind of the train burning, a year after the incident.

As Saeed Umar ji said, “If this is the reward you get for doing social work, God save this country.”

It wasn’t just social work that Saeed’s father did in those violent months of 2002. Running the camps without much help was difficult enough. But that could have been done by others equally efficiently. Maulana Umar ji did what no one else could. He kept his flock in check. Notorious for their impulsive violent reactions to any slight to their faith (it was outside their settlement near Godhra station that the Sabarmati coach was set on fire), Godhra’s Ghanchi Muslims couldn’t contain themselves as they heard tales of atrocities from the villagers who poured into their relief camps, punished for something with which they had had no connection. (Incidentally, Narendra Modi is a Ghanchi.) Additionally, in those days, night curfew was on, and the police were conducting nightly raids on Ghanchi localities, hunting for those who burnt the train, picking up anyone they could. (As many as 63 of the 94 accused were acquitted.)

In this explosive atmosphere, Maulana Umar ji succeeded in preventing a major flare-up between the police and his flock. But that was not his only achievement. The Maulana was the first to apologise on behalf of his community for the burning of the Sabarmati coach.

He did this at the first peace meeting called by Godhra’s Collector, and then at subsequent meetings. He apologised too in front of the then Prime Minister Vajpayee and Sonia Gandhi, when they came to see the burnt coach. These apologies went unreported, as did his condemnation of the incident and his appeal for peace sent to newspapers.

This was the man arrested as the “mastermind” of the train burning, on the basis of a statement made by a criminal in custody who retracted it the moment he was produced before a magistrate. Everyone in Polan Bazar, Godhra’s main Muslim area, saw the police take away their 63-year-old spiritual leader just before dawn from his house, hobbling without spectacles or walking stick. The next day, the media went berserk with lurid tales of contacts with Pakistan and Afghanistan’s Mullah Umar, fiery sermons, hidden wealth … all these accompanied by close-ups of the Maulana’s face contorted in anger, fitting exactly the stereotype of the “Jihadi antinational Mullah.” Such was the impact of this coverage that when he was acquitted eight years later, Hindus across Gujarat cursed the police and the judge for letting the “mastermind” off.

For the Maulana, there couldn’t have been a worse charge. As he told this reporter in April 2002, “Muslims have been taught to be patient, so all this (violence) we are facing today, we shall suffer it. But what makes me angry is when they question our patriotism. Don’t they know that 14,000 Ulema had been hung from the trees of Delhi for fighting for freedom? My own guru was in jail in Malta for six years. The British promised him freedom if he only gave up Gandhiji. He refused. I fear the country is not safe in their hands. It will be ruined.”

The tragedy was that when he was arrested by the BJP government, not even the Congress for whom he had campaigned in the December 2002 Assembly elections, spoke up in his defence. This campaign was one of the reasons for his arrest. The other was that with his outspoken denunciation of the treatment of Muslims to the Prime Minister, and his open help to the families of those arrested from Godhra, he had become the defiant face of Gujarat’s Muslims at a time when the entire community was cowed down.

Maulana Umar ji never got bail, even after the charges of terrorism were removed in 2009. While he languished in jail, six of his children were married off. In February 2011, as his community thronged his house after he finally came home having been acquitted, his first question to this reporter was to inquire about her health, and narrate how jail had actually done him good thanks to Ramdev’s yoga classes there.

Apparently, not enough good to counter the stigma Modi’s government and the media had put him through. Even though a fiercely protective son prevented him from donning his community’s leadership again, he lasted barely two years after his release.

Jyoti Punwani is a Mumbai-based journalist and writer.