Pay No Attention to the Man behind the Burning Qurans

Three years ago, a nobody from nowhere got famous for doing something unpleasant.

The self-ordained pastor of an unknown Florida church threatened to burn a Quran. And then he did it. And then others with their own intentions picked up the story and used it to inflame Muslims in several nations.

The result: At least 50 people were killed, including seven United Nations employees.

You may have noticed I’ve not named the man. That’s not an accident. Publicity is what he wants and I had decided that my small protest against him would be to not contribute to it. While I defend his legal right to do this, nobody needs to add to his spotlight. 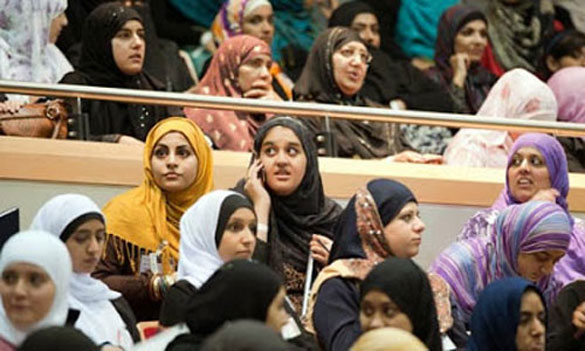 Mike Ghouse has been plugging away at his cause for many years. Photo courtesy Mike Ghouse

And then I heard about a planned counterdemonstration by a Muslim interfaith activist, Mike Ghouse, who’s been plugging away at his cause for years. This year he’s bringing his 10th annual “Unity Day USA” to the same Florida town where the pastor has threatened to burn the Qurans.

Ghouse has speakers scheduled and has invited every religious and political leader in Polk County to participate. There will be an American flag ceremony. He’s called for American Muslims around the nation to contribute to a blood drive in memory of those killed in the 9/11 attacks.

I asked Ghouse why he thought it was so important to respond so directly to the nobody from nowhere.

“He is insignificant to us here in the United States, but the whole Muslim world is watching,” he said. “It is not what (the pastor) will do, it is what we do as Americans and American Muslims.”

Ghouse faces straight up to the fact that terrorists and politicians acting in the name of Islam have been responsible for brutally attacking their enemies – including many non-Muslims. And he knows that those attacks colour the perception of his faith in America.

As part of the plans for his Unity Day, he’s produced a video aimed mostly at American Muslims that addresses this directly. Standing in front of an American flag, the Indian-born Ghouse lists terrible actions committed by Muslims in several nations.

“Shame on all of us Muslims for not speaking against them forcefully.  Those misled Muslims may have believed we gave them the permission. You better know we didn’t,” Ghouse says.

Yes, he acknowledges, it’s a terrible thing for someone to burn a Quran. But the teachings of Islam and of the Prophet Muhammad should define the proper reaction. The Quran, he says, has 114 chapters. All but one begins with an emphasis on God’s mercy.

Muhammad is referred to as the “mercy for mankind,” Ghouse says. But how can the victims of Muslim violence anywhere in the world believe that? Consider the Netherlands, where cartoons of Muhammad were used to incite riots in 2005. “Do the Dutch see the prophet as ‘mercy for mankind?’” Ghouse asks.

Ghouse is one of those who regularly condemns the violence committed in the name of Islam. Murders, oppression and anti-religious discrimination, he says consistently, are all counter to the real teachings of his faith. This time, he’s issued a challenge to the nobody pastor: Meet him in a debate about the Quran.

“If you find five faults in Quran in a public discussion, I will abandon my faith and join your ministry. … On the other hand, if you cannot find faults, I am going to be easy on you, I will not ask you to become a Muslim, but ask you join me to do the work of Christ and Muhammad in building a cohesive America, where no American has to live in fear of the other. Jesus called that the Kingdom of Heaven.

“You and I owe it to America to demystify the myths and allay mutual fears. I am putting myself out for the common good of America and I hope you take up the challenge and join me in contributing to the greatness of America.”

Now, the pastor is as likely to agree to this debate as he is to ride a unicorn. So why even bother?

“You are right. He will not take it,” Ghouse said. “But that also gives fellow Americans the hope that it is not the Quran, it is the bad practices of a few Muslims that taints the religion.”

It goes without saying that Ghouse is an idealist who believes that his calls for dialogue and reason and mercy can reduce the world’s violence. In the words of the old song, he’s got high hopes.

“We value freedom of speech and we want to reclaim the model of the prophet in dealing with conflicts,” he said. “Violence is not the way. I do hope, with the right reach and articles, we might be able to change the minds of those few Muslims who resort to violence.”

In his video, Ghouse explains he’s delaying cardiac bypass surgery so he can organize and host this Unity Day. Willingness to sacrifice for the right cause is not a uniquely American value. But it’s a value that Americans honor and share with many other nations and cultures.

So there’s not much question that Ghouse’s damaged heart is in the right place. “The more of us pray for peace,” he says in the video, “the bigger news we will make.”

In the video, Ghouse quotes Jesus’ Sermon on the Mount: “Blessed are the peacemakers.”