Despite the enormity of India’s Muslim community, one finds little mention of them in Western media reports on modern Islam. Perhaps because, in the wake of Sept. 11 and in the midst of the war on terror, the West’s chief concern with the global Muslim community has been its capacity for fostering extremism — and India’s Muslims remain largely un-radicalized. 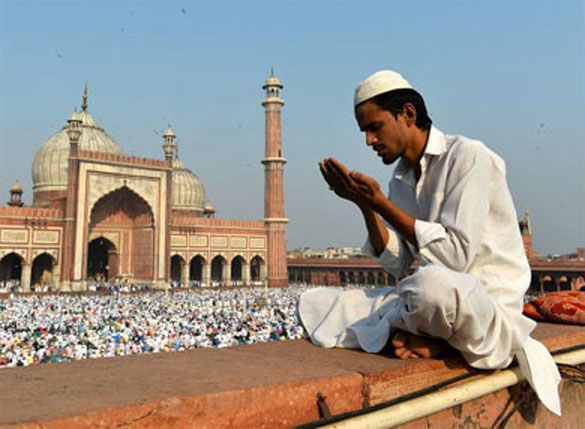 “A combination of factors explains it,” reads an editorial in The Economist. Religious intermingling has roots that run deep in India: “Islam in South Asia has a long history, over 1,000 years, but was long dominated by Sufis who integrated closely with non-Muslim Hindus, sharing many cultural practices.” The Taj Mahal, arguably the most globally recognizable structure in India, was built by the Muslim Mughal emperor Shah Jahan, whose consort, Taj Bibi Bilqis Makani, was a Hindu Rajput princess.

Back in 2009, the New York Times columnist Thomas Friedman reported on a growing trend among Indian Muslims wherein community members refused to bury the bodies of suicide bombers. “That’s why India’s Muslims, who are the second-largest Muslim community in the world after Indonesia’s, and the one with the deepest democratic tradition, do a great service to Islam by delegitimizing suicide-murderers by refusing to bury their bodies. It won’t stop this trend overnight, but it can help over time,” he wrote.

“The fact that Indian Muslims have stood up in this way is surely due, in part, to the fact that they live in, are the product of and feel empowered by a democratic and pluralistic society,” Mr. Friedman explained. “They are not intimidated by extremist religious leaders and are not afraid to speak out against religious extremism in their midst. It is why so few, if any, Indian Muslims are known to have joined Al Qaeda.”

But there are others that say such pluralistic themes are wearing thin. In the same year The Times published Mr. Friedman’s column, the editors of Room for Debate reported on widespread protests against screenings of the 2008 Oscar-winning film “Slumdog Millionaire” across India. Amresh Sinha, a professor of global film and media studies at New York University and the School of Visual Arts in New York, labelled the demonstrations “a cause for Hindu extremists.”

“I think these protests are pre-emptive measures to deflect and avert attempts to recall the communal violence in which Hindu fascists killed hundreds of Muslims in Mumbai in 1992 and 1993,” he wrote, referring to an opening scene in the film in which the protagonist’s Muslim neighbourhood comes under attack by machete-wielding men, presumably Hindu nationalists.

Conditions for India’s Muslims appear to have only worsened since. “No serious official effort has been made to assess the lot of India’s Muslims since the publication in 2006 of a study ordered by the prime minister, Manmohan Singh,” according to a report compiled by The Economist. “Called the Sachar report, it broadly showed Muslims to be stuck at the bottom of almost every economic or social heap. Though heavily urban, Muslims had a particularly low share of public (or any formal) jobs, school and university places, and seats in politics. They earned less than other groups, were more excluded from banks and other finance, spent fewer years in school and had lower literacy rates. Pitifully few entered the army or the police force.”

This points to “a more prosaic and less ideological explanation” for India’s un-radicalized Muslims. “Indian Muslims have many of their own problems to deal with, largely stemming from the swift decay of democracy and pluralism,” writes Pankaj Mishra for Bloomberg View.

The recent election of Prime Minister Narendra Modi, a Hindu nationalist, has put a significant portion of India’s Muslim community on edge. There are concerns that Mr. Modi’s personal devotions to Hindu identity may undermine New Delhi’s commitment to the national ideology of pluralism. “But his promise to treat the secular constitution as his ‘bible’ helps to put a limit on anxiety,” according to The Economist.

Still, the “swift decay” of Indian pluralism is palpable to some. Mr. Mishra claims this is attributable to a fantasy of “disloyal Muslims” some harbour in New Delhi — stemming from the country’s fraught relationship with its neighbour to the west, the majority-Muslim Pakistan, and its long simmering conflict with Muslim separatists in the northern region of Kashmir.

“One can only hope that its squalid fantasy about traitorous Indian Muslims doesn’t prove to be self-fulfilling,” Mr. Mishra writes, “for the radicalization of even a tiny fraction of 180 million Muslims would not only fatally undermine India’s increasingly unconvincing claims to democracy and secularism. The not-so-reluctant fundamentalists would make the country seem as ungovernable as its neighbour.”

The country’s Muslim community is not a resource to be squandered — for reasons that have impact beyond India’s borders. Though, in terms of coverage, a fractional, violent minority garners most American and European headlines, India’s large and growing community of moderate Muslims should stand as evidence of Islam’s moderate, un-radicalized majority. And in a time where South Asians of all creeds are often stereotyped and discriminated against, and even killed, because of the actions of that radical few, India’s Muslims are a 180 million-strong rebuttal.