China Outmanoeuvres the Muslim World, With Its Embrace of The Amman Message

Why have Muslim nations stayed silent about Chinese conduct in Xinjiang? Ever since China launched a broad campaign of repression against its Uyghur Muslim minority in the country’s western region of Xinjiang some four years ago, that question has been on the minds of policymakers and analysts alike. 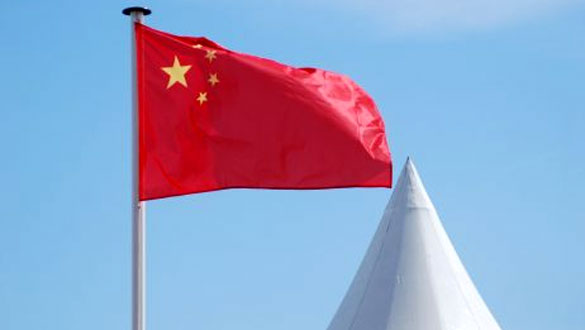 To the extent that it has been possible to find one, the answer seems to have a great deal to do with money. Over the past several years, as part of the signature foreign policy initiative known as the Belt and Road Initiative (BRI), Beijing has made massive investments throughout the Middle East, Africa, and Asia in everything from infrastructure to telecommunications. In the process, it has succeeded in buying the silence of Muslim states regarding how it treats their co-religionists.

Examples of this passivity abound. Take Turkey, where President Recep Tayyip Erdogan’s prior condemnation of China’s domestic conduct petered out after China’s Central Bank offered a $1 billion bailout to stabilize the country’s ailing economy last summer. Or Saudi Arabia, where a slew of recent deals made China a key partner in the country’s “Vision 2030” development plan, turning the House of Saud into an apologist for Beijing in the process. And in Pakistan, the government of Prime Minister Imran Khan has repeatedly refused to officially criticize China’s treatment of the Uyghurs because of past assistance from Beijing. All this compliance was showcased in a July 2019 letter to the United Nations in which no fewer than 37 nations (more than a third of them majority Muslim) officially threw their support behind China’s Xinjiang policy.

Even so, fresh revelations regarding the scope of China’s repression in recent weeks have put renewed pressure on Beijing, and challenged the current status quo. In response, Chinese officials have deftly moved to co-opt the Muslim political narrative surrounding their government’s domestic atrocities.

On July 6, at the latest ministerial of the China-Arab States Cooperation Forum, China made a major effort to ingratiate itself with the major players of the Muslim world. As part of the summit, carried out this year via teleconference, it officially pledged to adopt the Amman Declaration, the 2006 statement (also known as the “Amman Message”) that serves as one of the earliest multilateral efforts to build an intellectual response to Islamic extremism. As part of the virtual summit, China’s official Xinhua news agency reports, the two sides agreed to “denounce terrorist activities in all forms, actively combat extremist ideology, acts of terrorism and incitement to terrorism, eradicate the root causes of terrorism, and cut off its sources of funding.”

That wording is significant, because it frames China’s domestic campaign of repression against the Uyghurs as strictly a counterterrorism issue, and presents Beijing as an ally of moderate Muslims against a mutual foe.

That, of course, is precisely the consensus that China has been cultivating, and for good reason. The success of the BRI depends heavily on Beijing bringing Xinjiang fully under its control, because the region’s strategic location makes it a crucial connector with Eurasian, European, and Middle Eastern markets. But China’s government views organized religion with deep suspicion, and sees Xinjiang’s Uyghurs as particularly prone to radicalization and extremism – and thus a threat to their geopolitical ambitions.

As a result, China’s Muslim minority has been subjected to a widening campaign of repression of truly terrifying proportions. Since its launch in 2016, that effort has imposed sweeping curbs on everything from Muslim attire to diet, and interned more than a million souls in “re-education” camps designed to remove religious identity and instil proper communist thought. With revelations about forcible sterilization policies and an official intent to break up Uyghur families now garnering serious attention, more than a few observers have begun to equate what Chinese authorities are doing in Xinjiang to the universally prohibited crime of genocide.

But Muslim states likely won’t be among those speaking out. With its embrace of the Amman Message, Beijing has succeeded in finishing what its economic investments began: co-opting the hearts and minds of Muslim governments, both in the Middle East and beyond. Quite simply, China has managed to outmanoeuvre the Muslim world, and hijacked the narrative of the fight against Islamic extremism to whitewash its own horrendous practices at home.