An Open Letter to Bosnia

I want you to know that I came, although I was too late. It's a Desi proclivity. But I can provide evidence of my presence. I saw the sky, blue like your eyes, overwhelming and inaccessible. But I have no excuse for my tardiness, except my youthful irrelevance. Now you'll be 18, old enough to accuse, me alongside the rest of the shattered family. Everything we told you was a fiction.

So forget all that Ajami poetry, renounce those Perso-Arabized juggernauts that carried horses and armies in service of divine verse, from Lehistan to Bangistan. You and I once had that much, at least, in common -- as far away from one another as can be, the names are familiar, the accents dissimilar. Whether Turks or Mongols, ran the riders roughshod, conquered over conqueror, and blamed for it. 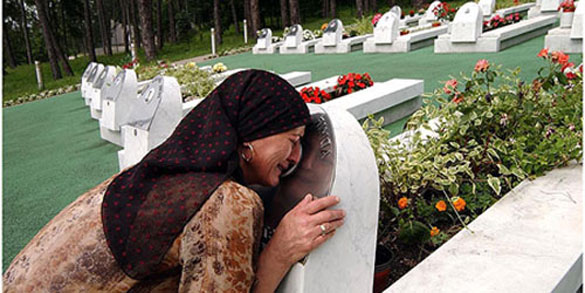 It's easy to see what happened. For all the zillions of neurons behind you, not more than a few stepped forward with any idea of what to do. It would be no bad thing, Ghalib said, to die, except that he would die every night, and wake up every morning to remember. What would Sokullu do? What would Umar thunder? Pathetic. I wish to wash my hands of me.

Once we were showers that grew forests, and now the trunks, tall and brown, endless millions, stand still, paralyzed, though theoretically waiting for someone to tell them (what) to be. And yours are the flowers, the far end of the spear, the lip of the tulip, the colourless brightness we left behind as we rushed to go. “Turn off the light.” “Where are you going?” “Back the way we came.” “We're still here!” (Silence.) (Indifference.)

But the sun that sets, our philosopher-king once said, is in origin true an easterner, and the light we live by, it comes from behind me. In this life we have time enough to make shadows. To see how far our haplessness goes. And to cry into the scripture that confirms it. You are one body, and when one part of it feels pain… Be you like garments one to another. That Day, I beg of you, don't point the finger at us.

God has spoken the truth.