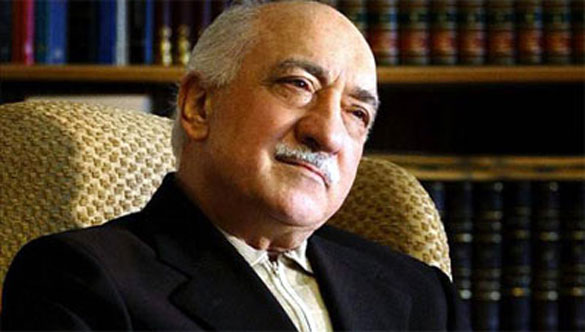 It is deeply disappointing to see what has become of Turkey in the last few years. Not long ago, it was the envy of Muslim-majority countries: a viable candidate for the European Union on its path to becoming a functioning democracy that upholds universal human rights, gender equality, the rule of law and the rights of Kurdish and non-Muslim citizens. This historic opportunity now appears to have been squandered as Turkey’s ruling party, known as the A.K.P., reverses that progress and clamps down on civil society, media, the judiciary and free enterprise.

Turkey’s current leaders seem to claim an absolute mandate by virtue of winning elections. But victory doesn’t grant them permission to ignore the Constitution or suppress dissent, especially when election victories are built on crony capitalism and media subservience. The A.K.P.’s leaders now depict every democratic criticism of them as an attack on the state. By viewing every critical voice as an enemy — or worse, a traitor — they are leading the country toward totalitarianism.

The latest victims of the clampdown are the staff, executives and editors of independent media organizations who were detained and are now facing charges made possible by recent changes to the laws and the court system. The director of one of the most popular TV channels, arrested in December, is still behind bars. Public officials investigating corruption charges have also been purged and jailed for simply doing their jobs. An independent judiciary, a functioning civil society and media are checks and balances against government transgressions. Such harassment sends the message that whoever stands in the way of the ruling party’s agenda will be targeted by slander, sanctions and even trumped-up charges.

Turkey’s rulers have not only alienated the West, they are also now losing credibility in the Middle East. Turkey’s ability to assert positive influence in the region depends not only on its economy but also on the health of its own democracy.

The core tenets of a functioning democracy — the rule of law, respect for individual freedoms — are also the most basic of Islamic values bestowed upon us by God. No political or religious leader has the authority to take them away. It is disheartening to see religious scholars provide theological justification for the ruling party’s oppression and corruption or simply stay silent. Those who use the language and symbols of religious observance but violate the core principles of their religion do not deserve such loyalty from religious scholars.

Speaking against oppression is a democratic right, a civic duty and for believers, a religious obligation. The Quran makes clear that people should not remain silent in the face of injustice: “O you who believe! Be upholders and standard-bearers of justice, bearing witness to the truth for God’s sake, even though it be against your own selves, or parents or kindred.”

For the past 50 years, I have been fortunate to take part in a civil society movement, sometimes referred to as Hizmet, whose participants and supporters include millions of Turkish citizens. These citizens have committed themselves to interfaith dialogue, community service, relief efforts and making life-changing education accessible. They have established more than 1,000 modern secular schools, tutoring centers, colleges, hospitals and relief organizations in over 150 countries. They are teachers, journalists, businessmen and ordinary citizens.

The rhetoric used by the ruling party repeatedly to crack down on Hizmet participants is nothing but a pretext to justify their own authoritarianism. Hizmet participants have never formed a political party nor have they pursued political ambitions. Their participation in the movement is driven by intrinsic rewards, not extrinsic ones.

I have spent over 50 years preaching and teaching the values of peace, mutual respect and altruism. I’ve advocated for education, community service and interfaith dialogue. I have always believed in seeking happiness in the happiness of others and the virtue of seeking God’s pleasure in helping His people. Whatever influence is attributed to me, I have used it as a means to promote educational and social projects that help nurture virtuous individuals. I have no interest in political power.

Many Hizmet participants, including me, once supported the ruling party’s agenda, including the 2005 opening of accession negotiations with the European Union. Our support then was based on principle, as is our criticism today. It is our right and duty to speak out about government policies that have a deep impact on society. Unfortunately, our democratic expression against public corruption and authoritarianism has made us victims of a witch-hunt; both the Hizmet movement and I are being targeted with hate speech, media smear campaigns and legal harassment.

Like all segments of Turkish society, Hizmet participants have a presence in government organizations and in the private sector. These citizens cannot be denied their constitutional rights or be subjected to discrimination for their sympathy to Hizmet’s ideals, as long as they abide by the laws of the country, the rules of their institutions and basic ethical principles. Profiling any segment of society and viewing them as a threat is a sign of intolerance.

We are not the only victims of the A.K.P.’s crackdown. Peaceful environmental protesters, Kurds, Alevis, non-Muslim citizens and some Sunni Muslim groups not aligned with the ruling party have suffered, too. Without checks and balances, no individual or group is safe from the ruling party’s wrath. Regardless of their religious observance, citizens can and should unite around universal human rights and freedoms, and democratically oppose those who violate them.

Turkey has now reached a point where democracy and human rights have almost been shelved. I hope and pray that those in power reverse their current domineering path. In the past the Turkish people have rejected elected leaders who strayed from a democratic path. I hope they will exercise their legal and democratic rights again to reclaim the future of their country.

Fethullah Gulen is an Islamic scholar, preacher and social advocate.