From Using Quran to Justify Hating Jews and Israel, Now UAE Says Those Who Oppose Peace with Israel Are the Ones Who Are Not Following the Quran

By Elder of Ziyon 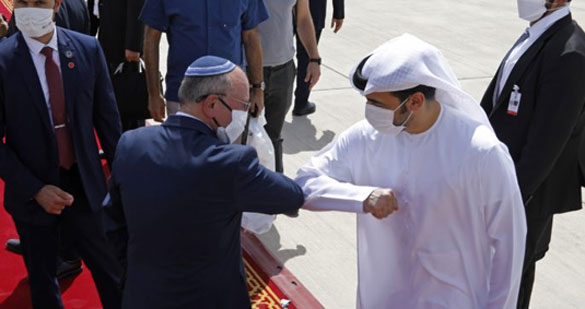 For years, I’ve been reading articles in the Arabic media where the Koran is often used to justify hating Jews and Israel.

Suddenly, articles are originating from the UAE that say the opposite — they are using the Quran to justify making peace with Israel.

This week, Al Bayan had an article by Ahmed Mohammed Al Shehhi where he methodically goes through the arguments against peace with Israel and uses the Koran to demolish them:

Another argument against Jews [distorts] the verses from what they want, such as their inference by the Almighty saying: “So that you find the most hostile people to those who believe the Jews.” This inference is invalid. The Quraysh were among the most hostile people to Muslims, and they were idol worshipers, and despite that the Prophet, peace be upon him, favoured them out of consideration for public interests. Therefore, the scholars deduced from this that reconciliation with the Jews is permissible, for they are the People of the Book. …

They argue that there are no private interests of states under the pretext of taking into account the interests of the entire Ummah. This is a false understanding of legitimate policy. Sheikh Ibn Baz said: “Every state considers its own interest, and if it sees that it is in the interest of Muslims in its country to reconcile with the Jews in exchanging ambassadors, buying and selling, and other transactions. That which is permitted by the purified law of God, there is nothing wrong with that.”

Those who reject peace among those who oppose peace have no argument. Rather, they are far from the spirit of Sharia and the light of reason. “

There are a few other arguments that I don’t quite understand, but the upshot is that the UAE is going on the offensive and saying that those who oppose peace with Israel are in fact the ones who are not following the Koran.

This is truly remarkable. For decades, there was only one narrative in the Arab Muslim world about Israel, and any other side was hushed up. Now the other side is being trumpeted, and this is what is truly upsetting to the Palestinians and their terrorist-supporting allies.

Elder of Ziyon has been blogging about Israel and the Arab world for a really long time now. He also controls the world, but deep down, you already knew that.