Mullah Abdul Razzaq was the Taliban ringleader who carried out the torture, killing, mutilation and desecration of the corpses — a war crime by any definition — at the behest of his Pakistani minders 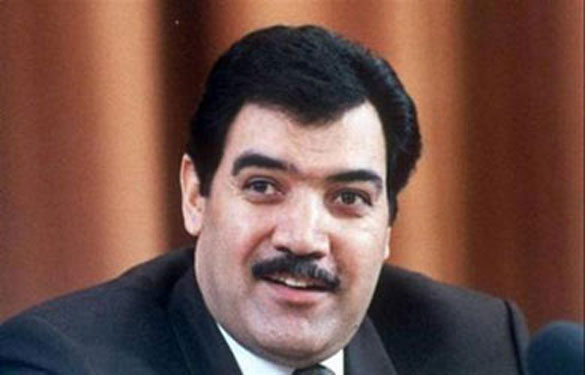 Seeing the artist Dirck Van Baburen’s painting Prometheus Being Chained by Vulcan on a recent visit to Amsterdam’s Rijksmuseum brought to mind the above lines from the Greek tragedy and then immediately the imagery of the September 26, 1996 assassination of former Afghan President Dr Mohammed Najibullah by the Taliban. In Aeschylus’ work, the ‘power’ is giving instructions to the Vulcan to pin the mythical revolutionary down. There also seem to have been instructions in the case of Dr Najibullah’s assassination from a menacing power to its quislings. Peter Tomsen, the former US special envoy to Afghanistan, notes in his book The Wars of Afghanistan, “Najib’s entrapment and execution carried the hallmarks of a classic intelligence operation. The Taliban, on their own, would not have taken such elaborate precautions to avoid violating the UN’s diplomatic premises (where Dr Najibullah had taken sanctuary since stepping down in 1992).”

Ambassador Tomsen has also noted, “Four Taliban, including, by one account, a Pakistani ISI officer disguised as Taliban, drove directly to the UN compound in a Japanese Datsun pickup. Their mission was to lure the former Afghan president out of the diplomatically protected UN premises.” Mullah Abdul Razzaq was the Taliban ringleader who carried out the torture, killing, mutilation and desecration of the corpses — a war crime by any definition — at the behest of his Pakistani minders. In her recent book The Wrong Enemy, the New York Times reporter Carlotta Gall has corroborated the US diplomat’s detailed account of murder most foul. The Pakistani security establishment did not want the Afghan Prometheus out alive. He had withstood the combined Pakistani-Arab-US onslaught through Afghan rebels and Arab mercenaries even after the Soviet withdrawal. In fact, Dr Najibullah inflicted the most humiliating defeat on the ISI-backed Mujahideen in the March 1989 battle of Jalalabad after the Soviet pullout. But the Pakistani junta was perhaps more wary of Dr Najibullah’s Afghan nationalist credentials and a larger than life stature that he had attained on both sides of the Durand Line after the Soviet departure. His opponents knew that, if left alive, Dr Najibullah would continue to stand resolutely against Pakistani meddling in Afghanistan.

Dr Najibullah was born in Kabul in 1947 to Mr Muhammad Akhtar, an Ahmadzai Pashtun of the Ghilzai tribal confederacy. The family originally hailed from Paktia. Dr Najibullah spent a few years in Peshawar where his father was posted as a trade attaché with the Afghan consulate. Dr Najibullah went to the Habibia High School and then to the faculty of medicine at Kabul University. He was one of the leading lights of the student wing of the People’s Democratic Party of Afghanistan (PDPA). His Kabul background drew him to the rather Persianised Parcham (the flag) faction, named thus after its party organ, of the PDPA. He was imprisoned at least twice during King Zahir Shah’s era for political activities on campus. He, along with his schoolmate Mahmud Biryalay — a stepbrother of the Parcham leader Babrak Karmal — contributed prolifically to the party organ. He got his medical degree in 1975 but never did practice medicine. Dr Najibullah became a member of the unified PDPA’s central committee in 1977, member of the Revolutionary Council after the Saur Revolution in 1978 and was elevated as a full member of the politburo in 1981. When the Khalq (the people) faction of the PDPA purged the Parchamites, especially Babrak Karmal’s confidants, after the 1978 revolution, Dr Najibullah was exiled to Iran as an ambassador. He was drawn closer to Babrak Karmal perhaps due to similar backgrounds but had a diametrically opposite style of leadership.

While Karmal was rather standoffish, Dr Najibullah was a people’s man who could relate to the Afghans in Kabul and the countryside with equal ease. Dr Najibullah had the intellect of the Parcham ideologue ustad (teacher), Mir Akbar Khyber, finesse of a western democrat and craft of a tribal leader. His linguistic prowess in both Persian and Pashto was breathtaking and his oratory remains unmatched in contemporary Afghan history. Dr Najibullah had the voice and delivery command of a seasoned broadcaster. He was at equal ease talking in Marxist jargon at a PDPA plenum, to the Afghan troops in Jalalabad garrison and to the tribal assemblies (Jirgas). The doctor sure knew how to take his audience and indeed his people’s political pulse. The Parcham faction was certainly a numeric minority in the PDPA when Dr Najibullah became the Afghan president in 1986 and the party’s general secretary. His knack for understanding the ethno-tribal complexities of Afghanistan was remarkable and was the primary reason for the support that he did manage to muster, especially after the Soviet exit.

From encouraging non-Marxist nationalist groups to eventually changing the PDPA’s name to the Hizb-e-Watan (National Party) with a clear national democratic charter rather than an overtly communist agenda, all contributed to Dr Najibullah’s longevity at the helm in Kabul. I would venture to say that the only modern Afghan leader, whether monarch, Marxist or republican, that comes close to Dr Najibullah’s leadership style and ability was Sardar Muhammad Daud Khan, whom the PDPA had toppled and replaced.

Like Daud Khan, Dr Najibullah was an Afghan first and foremost. His creed most certainly was Afghan nationalism and his ultimate agenda was national reconciliation that he pushed with utmost sincerity. He was prophetic in warning about the dangers of the Pak-Saudi-US backing of the jihadists and foretold its disastrous impact on Afghanistan and the region in speech after speech. His National Reconciliation Policy and the 1988 Geneva Peace Accords have even more relevance today to negotiate peace within Afghanistan and to keep the intruders out.

Dr Najibullah was immensely popular among the Pashtun nationalist rank and file in Pakistan. However, while many of the Pakistani Pashtun leaders stood by him, the top ones did not take up his languishing in the UN compound seriously. Not so much as a strike was called in the almost five years that Dr Najibullah remained confined in that ill-fated building. Those who routinely talked of greater Afghanistan and Pashtunistan were perhaps too vested in Islamabad’s politics to see how and why the Afghan Prometheus was being tied down. A full treatise is in order to discuss the orientation of Pashtun nationalism in Pakistan but suffice it to say that both major Pashtun parties, minus a few individual leaders, let Dr Najibullah down. RIP Dr Najibullah. To rephrase Aeschylus, you were too audacious and unyielding in the face of bitter pains, and you spoke too freely.