In Malaysia and Turkey, Are We Witnessing The End Of Moderate Islam? 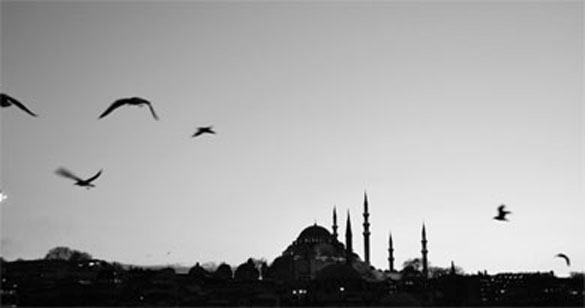 At opposite ends of the Islamic world, two traditional examples of moderate Islam in a modern state are slipping fast. In their desperate quest for personal power, President Erdogan of Turkey and Prime Minister Najib Razak of Malaysia appear to be not only destroying their personal reputations but also dragging their countries towards religious extremism and confrontation between national minorities.

Let's first recall the main facts leading to the present inflection points in both countries.

In the recent parliamentary elections in Turkey, Erdogan led a highly personalised campaign by his AKP party designed to cement his position as unassailable father of the nation. Yet the election produced an unlikely winner in the person of the moderate Kurdish politician Selahettin Demirtash and his HDP party, who went beyond ethnic allegiance to attract a sufficient part of the anti-Erdogan, leftist and urban vote to block the President's march to absolute (albeit democratically sanctioned) power.

In coalition talks since, AKP has appeared unready to make concessions, leading many commentators to suspect Erdogan is aiming for a new ballot, a move constitutionally required if no agreement for a parliamentary majority can be found by the end of August. However, to win the desired absolute majority at these elections, Erdogan will need to create a popular nationalist and Islamic backlash — or, to be precise, we might well replace 'Islamic' with 'Sunni', as Turkey's Shia minority traditionally votes for the Kemalist opposition to the AKP. This explains at least in part why Erdogan's government has, since the beginning of the civil war next door, turned a blind eye to activities on Turkish soil by Syrian-based Sunni extremists.

Surprising parallels to Erdogan's power games can be found in Malaysian politics. Cornered by what appears to be a case of personal corruption around a state development fund, PM Najib is flailing wildly at anybody, including his own deputy as well as independent media outlets which try to report what really happened.

The opposition coalition in Malaysia, a misfit group of Islamic conservatives and non-Muslim Chinese held together solely by their dislike of the government, is finally coming apart. The immediate issue is the creeping advance ofhudud (the Islamic criminal code), fiercely supported by the conservative wing of the opposition and equally strongly rejected by secular opposition parties. Najib might well speculate that by moving his ruling party UMNO to the religious right he can save his neck by gaining support from religious conservatives while condemning secularists to perpetual minority status.

In and around both countries catalytic developments are underway which will determine not only the fate of the two protagonists but also the future of the two countries.

In Turkey, the Government has, with much fanfare and with the approval of NATO, started air strikes and limited ground operations against 'extremists'. It is still unclear whether the principal target is ISIS or the PKK. The latter, of course, is formerly a terrorist group and is Kurdish. It is mainly based in Iraq and its allies have been the only successful fighters against the ISIS brigades in north-western Syria. The AKP government has been engaged in a long pacification process with the PKK which is just realising tangible results for all sides: the PKK formally renounced its desire for a Kurdish independent state on Turkish soil, while the Government has introduced Kurdish language teaching as a first step towards greater Kurdish more autonomy.

Unfortunately the peace process is now history, with both sides accusing the other of bad faith. Recent declarations by the still AKP-dominated government in parliament leave little doubt that, for Erdogan, the only good Kurd is a pro-AKP Kurd. All the ingredients for a sectarian mix of religious and ethnic extremisms are thus ready to poison Turkish politics for years to come.

The implications are enormous. They might start with a new wave of terrorist attacks on Turkish soil and equally bloody reprisals in Kurdish-populated regions, extending to severe interruptions in the all-important tourist business for Turkey through to a loss of investor confidence in the country's economy (Erdogan's cozying-up to Putin and Beijing might thus not be entirely coincidental). For the time being, Turkey's NATO partners and especially the US have chosen silence. But this will end should it become clear that Erdogan's Turkey prefers a radical Sunni regime (eg. ISIS) as a southern neighbour over a moderate Kurdish one of the type effectively in power in northern Iraq.

As for the corruption scandal in Malaysia, the international machinery for investigating and uncovering the dirty money is now creaking into motion. Given the investigations by the Suspicious Transaction Reporting Office as well as the Monetary Authority in Singapore, the discovery of suspicious accounts in Swiss banks, the arrest of a Swiss bank intermediary in Thailand and the apparently heavy implication of Gulf-based money, the net is sufficiently wide for a full cover-up to be unlikely. It is doubtful whether Najib can survive, especially as he has lost support within his party.

However, one cannot avoid noting the slow but steady Islamisation of both the private lives of Malaysia's people and their state. Authoritarian leaders in the Islamic world, as they become increasingly isolated and out of touch with the aspirations of their younger citizenry, tend to turn to religion to find allies and new credentials. Wahhabism is alive and kicking, and not only on the Gulf. Yet the West and the US in particular, is putting strategic interests before human rights, as shown by Washington's recent upgrading of Malaysia's appalling people-smuggling record to satisfy a precondition for participation in the Trans-Pacific Partnership trade deal.

Both Turkey and Malaysia might already be lost as examples of modern Islamic democracies.