Winning the Peace in Libya

In 2011, NATO allies, beaming with victory, left the newly remade state of Libya hardly stopping to think of the post-revolution consequences that faced the distraught and unprepared African country as it began its uphill battle to establish democracy. Indeed, in times of trouble, the British Prime Minister, David Cameron would often think back to the Libyan intervention as his ‘happy place.’ In most European circles, the Libyan war is heralded as a success, with many leaders giving themselves a round of applause over the way their nations managed to come together and unseat the deplorable Gaddafi and bring ‘power to the people’ to forge their own destiny. 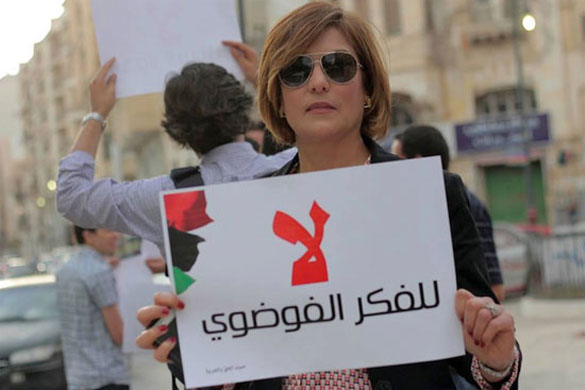 We Won the War But Forgot About the Peace

Today, however, Libya is neither a stable country nor a democratic one, largely due to the short-sighted meddling of Cameron and his allies who thought that democracy would rapidly emerge once the dictatorship was overturned. Mirroring the situation in Somalia, Libya now stands to become Africa’s latest failed state.

Often mentioned but rarely understood, the situation in post-Gaddafi Libya today is anything but a clear foreign policy win: the country has been divided into de facto city-states, with the eastern region of Cyrenaica calling for independence; the weak and corrupt central government in Tripoli has lost all control of its people while armed militias run rampant.

The now retired General Khalifa Haftar, who served under Gaddafi before breaking ranks, has started his own zealous battle with the Islamists, a movement which has gained considerable ground in the east of Libya, which will not end until they lay down their weapons or die trying. Jihadist training camps continue to run largely undisturbed throughout the whole of Libya, training militants, whether local or Western, for future conflict. On top of everything else, kidnappings and murder have become commonplace.

What’s worse, the country’s lifeline, its oil industry, has been placed in the hands of Ibrahim Jathran, previously one of the star warriors of the rebel faction. As a token of appreciation for his ferocious battle feats during the war, he was awarded the top position as Head of the Petroleum Security Guard. His prestigious standing, along with the government’s lack of control, has allowed him to claim the ports and place them under his complete control. With oil production continuing to plummet and with a toothless government, Jathran has taken upon himself to export the oil in his own name, taking away the only thing that endowed Tripoli with even a semblance of power and control.

Democracy Comes To The Rescue?

All of these developments go to show that the Libyan state is slowly self-destructing, as few actors are actually able to stave off the chaotic spiraling of events. The elections that took place on June 25, meant to create a 200-member House of Representatives to replace the corrupt and ineffective General National Congress, were seen by the UN as “an important step towards Libya’s transition to a stable democratic government.” The elections themselves, however, were anything but stable and promising. Approximately 1.5 million voters registered for the election, in comparison to the 2.8 million in 2012, but only 630,000 actually came out to vote, or about 18% of the eligible electorate.

Violence ensued throughout the country, with clashes between troops and rogue militias leaving three dead on the streets of Benghazi and armed groups storming Parliament in Tripoli. About 70 people were killed as a result of violence in the country, including the prominent human rights activist Salwa Bughaighis, who had just returned home from voting before being brutally stabbed and shot by masked brigands. Her husband, Essam al-Ghariani, is still missing after being abducted.

While the election is certainly seen as a step in the right direction, it is evident that tensions are still growing and divisions show no signs of abating, as both political and militia groups seem determined to prevail over one another. Until these groups are able to set aside their differences and reach a compromise, the prospect of a stable and democratic Libya remains far over the hills.

Is A Constitutional Monarchy The Solution?

Libya’s foreign affairs minister, Mohamed Abdel-Aziz, has expressed support for an alternative solution to the current mayhem: a return to the pre-Gaddafi system of constitutional monarchy, which he claims “is the only way Libya will be united again.” A system similar to other well-functioning democracies, such as the UK and Spain, with a symbolic figure as the monarch would unite the people of this fragmented country, stops the bloodshed and brings all sides to the negotiating table.

Rather than having a weak bickering parliament, a constitutional monarchy would allow the symbol of the nation, the monarch, to act as a “political umbrella” and bring together the interests of the people, while allowing the parliament to enact laws. This idea should receive the support of neighboring countries, especially Algeria and Egypt, who are not keen to have an unstable Libya on their borders.

Will The West Ever Learn?

While three years have passed since the so-called victory in Libya, Western leaders would be wise not to let the Libyan state fall off their radar. The on-going instability and weakness of the government, coupled with the relentless fighting between the 1,000 or so different militias, has resulted in Libya becoming a breeding ground for jihadist troops whether they be local or Western. Perhaps Cameron and his fellow Western allies should have thought twice before celebrating their triumph and rapidly departing, leaving the country with no infrastructure and inadequate training to establish security and political order for the new Libyan state.

The West needs to mend its ways if it is to make strides in Syria by focusing on the long forgotten state of Libya to save it from another dictatorship or a violent military rule. Leaders must remember that, as Salwa Bughaighis wisely stated, “getting freedom doesn’t mean reaching democracy.