China is widely considered to be one of the worst countries in the world for religious freedom. But while the persecuted Church often dominates the headlines in Western media, much less is known about the persecuted Muslim community in China's far-western corner.

Xinjiang is an autonomous region right at the tip of north-western China, bordering eight countries including Tibet, India, Russia, Afghanistan and Pakistan. Traditionally, the majority of the population is Uyghur (or Uighur), a Turkic-language speaking group most of whom are Muslim, and Islam plays a significant role in the culture.

However, though historically the territory has been fought over for hundreds of years, it came under the rule of the Qing dynasty in the 18th century and later under Mao's Communist Party of China (CPC), which maintains strict controls on religion. 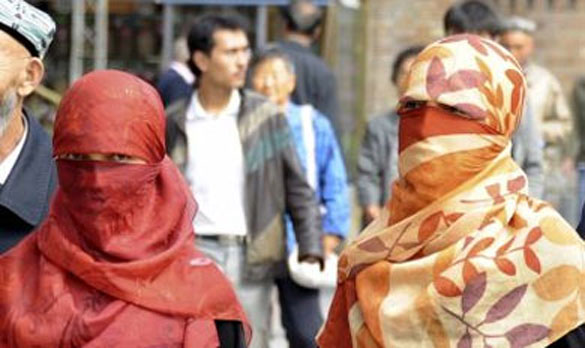 Designated a country of particular concern by the US since 1999, the Commission on International Religious Freedom (USCIRF) last month condemned the government's "severe religious freedom violations", in particular the "at times violent crackdown on Uighur Muslims" in Xinjiang.

"China's leadership has long justified its harsh policies... by asserting the importance of confronting the so-called 'three evils' – separatism, terrorism, and religious extremism," the USCIRF said. "In 2015, the Chinese Communist Party tightened its internal ideology, elevating the crusade against the three evils, particularly with respect to religious freedom."

In January last year, the government's 2014 'strike-hard' anti-terror campaign was extended, and wide-scale restrictions were imposed against Uyghur Muslims in Xinjiang. Thousands were detained in security sweeps, some with deadly force, and jail sentences were given out for wearing religious attire. Even men's beards or women's face veils were denounced as "extremist", and some local authorities threatened action against Muslim business owners if they chose not to sell alcohol and cigarettes due to their religious beliefs.

The previous year, in 2014, some Muslims were imprisoned for taking part in religious gatherings or activities, and were forbidden from fasting during the holy month of Ramadan.

Then in April this year, President Xi Jinping urged China to guard itself against foreign infiltration through religion. At a top-level meeting he warned against "ideological infringement by extremists", alluding to a growing concern among officials about Islam in Xinjiang.

Yesterday, however, China pledged that there would this year be no interference with Ramadan, which begins next week.

A white paper on religious freedom in Xinjiang released on June 1 confirmed: "During the holy Islamic month of Ramadan, whether to close or open halal restaurants is completely determined by the owners themselves without interference.

"No citizen suffers discrimination or unfair treatment for believing in, or not believing in, any religion," the document added, insisting that "religious feelings and needs are fully respected".

In Xinjiang, "the positive role of religious circles in promoting economic development and social stability is well displayed, the government's capability of administrating religious affairs is constantly strengthened, international exchanges in the religious field are being expanded, and the proliferation and spread of religious extremism is being effectively contained," it said.

However, reports surfaced at the end of May that legal and religious officials in the city of Khorgos had already inspected more than 30 ethnic restaurants and had them "guarantee normal business during Ramadan," according to Reuters.

Dilxat Raxit, a spokesman for international organisation of exiled Ugyhur groups, the World Uyghur Congress (WUC), urged the US to raise the suppression of Uyghurs during talks in Beijing due to start on Monday.

He told Reuters that China's "lies could not cover up the truth" about its openly repressive religious policies.

Speaking to Christian Today, Dolkun Isa, chairman of the executive committee of the WUC, said he agreed that the white paper was not to be trusted.

"If China promises to [uphold freedom of religion] it is very welcome, but we cannot trust it. The Chinese government does not respect its own constitution. If it keeps its promise during Ramadan we will be very happy, but I don't believe this statement is reliable," he said.

The issue isn't solely a religious one, however. The CPC's main concern is widely considered to be with maintaining absolute power – and religion is just one among many perceived threats. It's why China announced in 2014 plans to nationalise Christian theology, and only allows state-recognised religious institutions to operate. Even they are closely monitored, and state-approved churches have begun to be targeted during crackdowns.

"It is erroneous to conclude that the Uighur crisis is solely religious," journalist Usaid Siddiqui wrote for al-Jazeera last July. "The Uighur nationalists' desire for more autonomy has long been at odds with China's centralization policy. If anything, Chinese authorities are using the 'war on terrorism' as a cover to demolish the Uighur people's nationalist aspirations."

Increased tensions and violence in Xinjiang has been attributed by the government to Uyghur separatists, who want to be free from Beijing's control. The separatist movement was forced underground in the 1990s, but there has been an increase in violence stemming from followers in recent years. In 2009, ethnic rioting resulted in more than 200 deaths and in 2014, 29 people were killed in a mass stabbing attack at Kunming train station in Yunnan province; an incident that was attributed to Muslim Uyghurs.

Though the WUC condemns all forms of violence, including that perpetuated by Uyghur groups, Isa said the CPC has actually had a role to play in the formation of these extremist factions.

Open discrimination has led to widespread anger among Uyghurs. They are not allowed to travel between cities without police permission, and have to register relatives when they come to visit. They must carry two ID cards at all time – "daily life is threatened by the police," Isa said. "Ill feeling has grown".

But Isa said that though the government is trying to combat extremism, there's no doubt it is targeting moderate Muslims, too. "The government uses terrorism as an excuse to attack Uyghurs," he said.

And the situation shows no sign of getting better. It's actually worsened under President Xi, who Isa said has used the global fear of terrorism to his own advantage. And Isa accused the international community of being too "soft" on repressive Chinese policies.

"China is now an economic power, and every country wants Chinese money. So China thinks 'I can do what I want, nobody can condemn me because all the world needs my money'. That sends a very wrong message to the Chinese government," he said.

Ahead of the talks on Monday, Isa echoed the call for the US to stand up to China on the issue of religious freedom. "There is a lot of dialogue, but no progress," he said. "Religious freedom is getting worse. Dialogue is very important, but only if it's stronger."