Is ISIS Funded By Israel? Does That Even Matter? 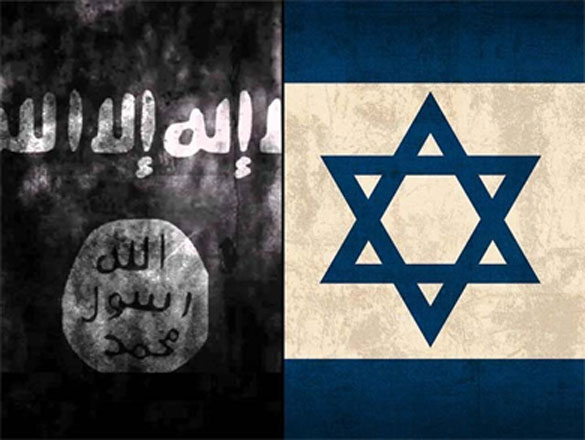 Somewhere in this shrinking global camaraderie a lot of powerful heads of state and countries may be covertly supporting the barbaric ISIS. That may very well be true, and right now, according to the aforementioned news story, that may be Israel. But does it really matter?

“Let our position be absolutely clear, any attempt by any outside force to gain control of the Persian Gulf region will be regarded as an assault on the vital interests of the United States of America and such an assault will be repelled by any means necessary, including military force” – President Jimmy Carter, State of the Union address 1980.

I recently read a news story titled UN: Proven Ties between ISIS and Israel; here is an excerpt:

“This is part of a continuing pattern of Israeli support for the Islamic State. It was only two months ago that Israel attacked Syrian forces in opposition to ISIS forces. Israeli attacks even killed an Iranian military adviser for the Syrian military just two weeks ago. The US’s financing of ISIS, part of the effort against Syrian president Assad, is well documented, as well. That the efforts to undermine the Assad regime were in turn strengthening the same terrorist group which recently set a Jordanian pilot on fire to set an example is conveniently ignored by the higher up military command.

When the United States began operations against ISIS, Israeli high command seemed reluctant to give any support and called the move a mistake. The support of ISIS fits in with Israeli concerns in the region, namely that of Syria and Iran, and US opposition to ISIS has put the United States in the awkward position of once again arming the enemies we will be fighting tomorrow.”

Here is a multiple choice question: How long is the rest of the world going to blame America, Israel, the west and the others?

A. Until America keeps supporting and creating strife to suit its interests.

B. Until Israel keeps annihilating the Palestinian Muslims and the oil rich Arab countries keep their eyes wide shut.

C. Until the dawn of the realisation that the history of the world has supported conspiracy, international espionage, underhand government dealing with other governments, diplomacy, covert dealings between obvious border enemies and agencies, and the acceptance of two universal truths: Politics makes strange bedfellows and Power corrupts and absolute power corrupts absolutely.

Until the majority of Muslims do not accept that the fault is not in our stars, but in ourselves, this page of history will not turn. Hence, the time to blame others has come and gone; now is the hour for introspection, self-reflection and self-regulation.

Yes, I am a firm believer that organisations such as ISIS are not born on their own; they do not flourish on their own; they do not commit savage and heinous crimes and then get away on their own in this day of information technology and intelligence monitoring. Somewhere in this shrinking global camaraderie a lot of powerful heads of state and countries may be covertly supporting the barbaric ISIS. That may very well be true, and right now, according to the aforementioned news story, that may be Israel. But does it really matter?

Does it really matter who Saudi Arabia supports and that Osama bin Laden was a Saudi?

Or who the US supports and that the Taliban and al Qaeda were once Ronald Reagan’s freedom fighters?

Or that currently an alleged UN report states that there are obvious ties between Benjamin Netanyahu and ISIS?

No, it does not matter.

In the global perspective this piece of information, whether legitimate or not, remains unimportant. What will change in this game of chess?

Will the US take this report as legitimate and change its policy towards Israel?

Will the media give it airtime?

Will the oil rich Muslim countries of the world change their policy towards the US and push back to get some answers?

Will the moderate Islamic countries of the world pay heed to it or continue to live in the shade of ignorance is bliss?

Will the neutral countries of the world gather as one and ask the hard questions?

Will strife ridden nations such as Pakistan and Afghanistan pay heed to it and realise that they too are pawns in this game of chess? Will they stop their internal support of the extremists, and do some serious cleansing of their own?

The answer to all the above is a vehement NO.

I was a young teenager and remember the USSR/Afghan conflict well; it is not something that I have read about in history books for I have witnessed it. I remember the headlines where the freedom fighters were America’s bedfellows, and soon they turned on their master and the world became a post 9/11 nightmare. Hence this new piece of information linking Israel with ISIS, legitimate or not, should not surprise the world. The conspiracy theorist will jump on it and the sceptics deny it, but whichever judgment you choose to make, review it and present it with a grain of salt.

Yet again, the issue of ISIS support remains unimportant; what remains of utmost importance is the need to seize its very existence. It’s a fairly new organisation – maybe a decade old – so my question to the world is if the Nazis can go away, why can’t ISIS?

Oh but it can. However, the powers that be don’t want it to go away just yet; there is some purpose this barbaric organisation must serve. What that agenda is, I shudder to wonder, and so should you.

Bisma Tirmizi lives for the simple pleasures and her musings over a cup of tea almost always find a way to be the written word. She also writes for pakteahouse.net.