It Isn’t Easy To Rein In Pak Military Spending

The newly appointed Pakistan Muslim League (Nawaz) government recently unveiled its first national budget, announcing a 15 percent hike in the defence allocation to reach $6.36 billion for FY2013-14. While $5.54 billion was allocated for FY2012-13, the actual spending was $5.79 billion, of which the army received 53 percent, followed by the air force (23 percent) and the navy (11 percent). The remainder — about 13 percent — was allocated to Inter-Services Organisations (ISO), including the ISI. In the new budget, approximately 43 percent is allocated for pay and personnel, 26 percent for operating expenses and 21 percent for physical assets. 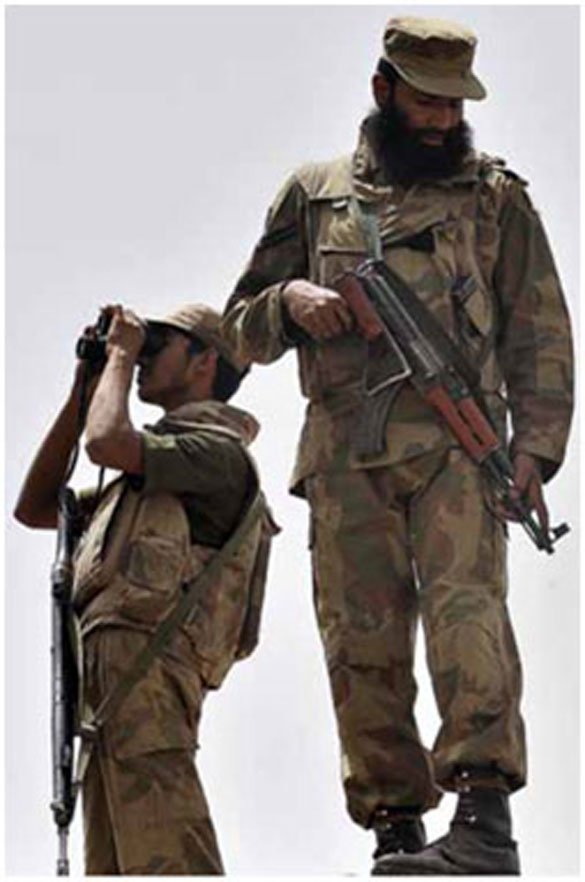 There are three basic issues with this allocation. First, $6.36 billion does not indicate the total defence spending as it excludes expenses like military pensions. (Military pensions were deleted from the defence budget under the Musharraf regime to assuage multilateral aid donors such as the International Monetary Fund by giving them the impression that military expenditure was reduced.) If one were to add $1.52 billion paid for contingent liability, $0.71 billion under the Coalition Support Fund, $0.36 billion from the UN peacekeeping missions and $1.35 billion for military pensions, the amount would swell to $10.3 billion. However, this total still does not include off-budget financing, special grants and spending on military under civilian expenditure heads. Not to mention the billions that are pocketed and spent by the military from sale of State land forcibly converted to the category of military land. With the military refusing to come clean on its real spending even to Parliament, which is supposed to approve it, there are also serious issues of transparency regarding the defence budget.

Second, even with the additional spending it is believed that the budgetary hike does not indicate a huge increase in real terms. Economists and military buffs believe that considering the rate of inflation, which is estimated at around 7 percent, the real-time increase is not more than a paltry 6 percent. This figure is much lower than what is spent by other militaries in the neighbourhood. New Delhi increased its defence spending by about 35 percent for FY2012-13. Notwithstanding those who will immediately bring out the defence versus GDP ratio, the fact is that Pakistan’s defence budgetary increase is no match to India’s. A growth in GDP means a larger share of the pie, especially for the defence sector if that is one of the priority areas of the State. One reason for the situation is Pakistan’s economic condition that does not allow it to spend enormous amounts on real military modernisation.

Third, this also means that despite the increase, the military does not have enough resources to spend on its modernisation. In fact, the military has not experienced again (in relative terms) the kind of modernisation it had seen during the 1980s as result of the then alignment with the US. Pakistan seems to be increasingly drifting towards China for its major weapons supply. Besides the lack of resources, this is because of Pakistan’s inability to convince the US to supply quality big-ticket items like fighter aircraft and other equipment that could give it some relief in terms of the conventional arms balance vis-à-vis India.

The generals, and now the military-controlled nuclear establishment, seem unhappy with the imbalance, especially in the wake of changing military strategies such as India’s ‘cold-start’ doctrine that would allegedly allow New Delhi the advantage of a pre-emptive but limited strike inside Pakistan. Billions are spent on developing tactical nuclear weapons (TNWs) to ensure safety against such strikes, but are not accounted for in the annual defence budget.

In a recent article in The News, the Pakistani military establishment’s prime spokesperson Maleeha Lodhi talked about how TNWs had minimised India’s options to strike inside Pakistan. This is because the use of TNWs runs the risk of ratcheting up threat and increasing the possibility of strategic use of nuclear weapons, which would ultimately result in “mutual assured destruction” (MAD). Thus, the idea is that New Delhi would think twice before crossing the boundary even in response to any action by non-State actors who, though seemingly controlled at the moment as far as India is concerned, could always get active at some stage. Reportedly, Pakistan’s military has also thought of ways for faster deployment at the borders to counter India’s cold-start doctrine. Although there are still no indicators that the nuts and bolts of this doctrine are fully in place — the organisational structure to deliver this strategy is still not visible — it does seem to be GHQ Rawalpindi’s prime fixation at the moment. More importantly, India remains the primary focus of Islamabad’s defence planning.

Surely, one way of assuring security is through greater investment in military security, but that does not seem possible given Pakistan’s economic conditions. Will the new government risk losing the support of its constituents by increasing taxes? The Nawaz Sharif government certainly wants to raise resources through trade and business, particularly with India. Pakistan’s military has always insisted upon civilian governments to go slow on the process, like it did with the previous PPP regime. Perhaps, the fear is that more business ties with India will put the generals in a quandary vis-à-vis their men who have thus far been trained to look at the neighbouring country as a bogey. Moreover, increased trade ties could minimise the need for military options, which, in turn, would challenge the raison d’être of the armed forces.

There are also other possibilities such as improving the quality of spending, particularly the teeth-to-tail ratio that, at the moment, is not positive. A 43 percent spending on personnel does not leave much for capital investment. The category ‘physical assets’, to which 21 percent of the defence budget is allocated, is quite evasive as it does not clearly indicate spending on new acquisitions. In fact, one of the major issues of military expenditure in countries with limited transparency in defence spending pertains to greater wastage of resources. According to two studies I did in 2000 and 2005, there was roughly about 25 percent wastage in the annual defence spending, which could be converted into productive spending through critical organisational restructuring and rationalising the size of military institutions. The biggest of the defence services is the 5, 00,000-strong army. There was some restructuring while Pervez Musharraf was the army chief and President, but that mainly added new command structures making the organisation top-heavy rather than agile and responsive. More restructuring under the current army chief, General Ashfaq Parvez Kayani, added a secondary territorial army structure, which increased the number of foot soldiers. None of the new structures and acquisition of capabilities necessarily match the “threat from within” that General Kayani seems to harp on, especially in recent months.

None of this is likely to change without strategic transparency and greater accountability of the military and its spending. Parliament has limited capacity to question the military. This is not just about its comparative power, but also the intellectual capacity to engage with the military and question it on its working and decision-making. This, in fact, is the tragedy of South Asia where legislators do not have the required capabilities to question a technologically advanced armed force.

In recent years, Pakistan’s military and the ISI are known for giving presentations to Parliament — though always a one-sided story with no alternative perspectives offered to the parliamentarians. PM Nawaz Sharif hopes to set the balance right in civil-military relations. But this will depend on the structure he will create to control the armed forces, without bringing on a full-fledged confrontation. He will need a strong team even as he keeps the defence portfolio to himself. Parliament certainly requires mechanisms to question the military and get information from other sources as well. Meanwhile, Sharif has approved the budgetary hike, possibly to not unnerve the military about his taking over. Hope he doesn’t forget to add an element of accountability and remembers that too much sweetener never got a military off the civilians’ backs.