The Tablighis Were Indeed Made Scapegoats; But Will Muslims Condemn Maulana Saad’s Retrograde Speeches?

With the release of Tabligh Jamaat (TJ) members by a Delhi court sometime back, there has been a surfeit of condemnation of those who dared to criticise the Tabligh Jamaat for holding its religious gathering during the onset of the corona pandemic. It is being argued that all those who condemned the TJ must now apologise as the courts have not found them guilty. However, amidst this cacophony, there is a need to separate the vilification of TJ (which must be called out) and the putrid speeches delivered by its chief vehemently negating the dangers of the pandemic and putting many lives at risk.

Let us start with the larger narrative spun around the Tabligh Jamaat which was deeply disturbing. This narrative expressly targeted the TJ (and by extension all Muslims) for spreading the virus. Let us not forget that the government and the media targeted the Muslim community, scapegoating them in order to link the community with the spread of the virus. Just like medieval Europe had blamed the Jews for the plague, the Hindu Right weaponized a virus to target the Muslim community. Whereas, the world over, the virus flattened any distinction of caste, creed and colour; in India, it (the virus) was given an Islamic identity.

At many levels therefore, the role of the media and the government was nothing sort of criminal when it came to portraying the Tabligh Jamaat in a negative way. They were accused of conducting ‘corona jihad’ by the media with fake images of Tabligh Jamaat members flooding the internet conspiring to spread the virus in different ways. On has not forgotten that the barrage of fake videos which started doing the rounds on social media depicting Muslims deliberately smearing vegetables and fruits with their saliva, spitting into food served in restaurants, and coughing into the faces of other people, all with the malevolent intent of infecting non-Muslims. One also remembers with alacrity hashtags like #bioJihad and #tablighijamaatvirus that began to circulate on social media with terrifying consequences. The media was directly responsible for putting Muslim lives in danger as their communal reporting led to chilling consequences for ordinary Muslims. One remembers how Muslim vegetable vendors were not allowed to enter Hindu localities; one also remembers how a COVID ward in a Gujarat hospital got separated between Hindus and Muslims.

Also Read:    Will Tablighi Jama'at And Maulana Saad Distance Themselves from ISIS's Position Praising Them as Super Spreader of Covid-19 In India As A Strategy?

It must be stressed that at the time when the Tabligh Jamaat was holding its’ program, there was no lockdown in effect. In fact, even the parliament was functioning as if everything was normal. Therefore we must be clear that there was no illegality involved in the ongoing programs of the TJ. Rather, it was the sudden announcement of lockdown which did not give any time to people to prepare for this eventuality, which made the situation precarious for the Tablighis. Since people from different parts of the world had gathered for the religious program, the sudden lockdown made them stranded in a foreign country with the government having no plan to help with their emigration.

It must be said that being a transnational movement, the Tabligh Jamaat was in a better position to know about the incoming pandemic. It could have been clairvoyant and postponed the program much earlier and asked its delegates to return to their home countries. At the same time, we must also remember that the TJ was not the only religious organization to have gone with a planned program and as such cannot be held uniquely responsible for not reading the situation. Other religious organizations did pretty much the same thing in India and elsewhere. However, unlike the TJ, they were hardly castigated for being responsible for spreading the virus.

Transgressions by other religious organizations were overlooked because the sole focus of the media and government was to shift the blame on Muslims. Despite the lockdown effective since March 24th, the Uttar Pradesh chief minister attended a Ram Navami event in Ayodhya the very next day on the 25th of March. Before the lockdown became effective, a Sikh preacher, Baldev Singh, who had returned from Italy and Germany, defied government stipulated self-quarantine measures and continued to freely preach in various religious assemblies. The guru died because of the virus and the Punjab government put nearly 40,000 people in isolation with whom the guru had come into contact. Despite such callous behaviour displayed by an elected chief minister and a religious guru, neither the government nor the media houses highlighted these issues. Rather, the sole focus remained on how Muslims were spreading the virus.

Normally, one would have expected the government to intervene and stop this vilification. But what we saw was the exact opposite: the health ministry in its bulletin directly blamed the Tabligh Jamaat for spreading the virus in India. Other state apparatus like the judiciary were hardly convinced of this narrative peddled by the media and the government. In fact, in August, the Mumbai high court castigated the Maharashtra government for making the TJ a ‘scapegoat’ in order to hide its own failures in combating the virus. Those who are demanding that the media and the government apologise to the TJ should not forget that these institutions will never do so. This vilification of Muslims through the Tabligh Jamaat was part of a design to increase hatred towards Muslims. Given the fact that so many fake videos became viral, it seems that willing Hindus saw nothing wrong in such vilification of a particular community. 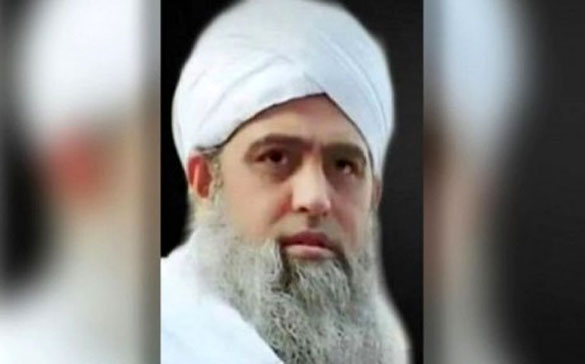 However, we should also not forget that the speeches of Maulana Saad, the chief of TJ, gave much grist to those who wanted to make Muslims the ultimate villain. The ignorant utterances of Maulana Saad perpetuated irrationality and blind faith and should have been roundly condemned by all Muslims. However, over the past many years, it has become incumbent on Muslims to defend all kinds of nonsense which religious leaders indulge in. Instead of cautioning its followers and asking them to desist from congregating in mosques, the chief, Saad Kandhalvi did the very opposite. He stated that the virus was a punishment sent from God. In speeches made between March 20 and 22, he told his followers: ‘this is the time to bring the Ummah (Muslim community) to the mosques, not of leaving the mosques….. This is the time you should organise visits and bring people to mosques because the calamity that has struck us is due to our leaving the mosques…. It is a false belief that the virus spreads through assembling in the mosque. Even if you observe that a man dies after entering the mosque, then I will say that there cannot be a better place to die. …. The government wants you to choose remedial measures over fate…. only the Kuffar (unbelievers) rely on remedial measures and resources, Muslims only rely on Amaal (religious deeds) and prayers’.

Such foolish utterances of an influential religious figure should not be glossed over for the sake of political correctness. It was only in subsequent oration on the 25th of March, under the active advice of the government, that the chief of the Tabligh Jamaat toned down his religious rhetoric and asked his followers to follow the social distancing guidelines. If one is condemning the actions of the media and the government then one should also not desist from condemning such speeches of Maulana Saad. It is a travesty of our times that even critical Muslims have fallen for the idea that defending Maulana Saad is coterminous with defending attacks on Muslims. This is simply wrong. There is no contradiction between defending attacks on Muslims while at the same time critiquing whatever is wrong within the community.