Thanks to the concerted effort of the Hindu right wing, the Aligarh Muslim University is now considered as the hub of ‘anti-national’ activities. Like many other centres of learning, AMU has a complicated past. There is no denying the fact that the university became the ideological launch pad of the Pakistan movement. But then, that is not the only legacy of this hallowed centre of education. 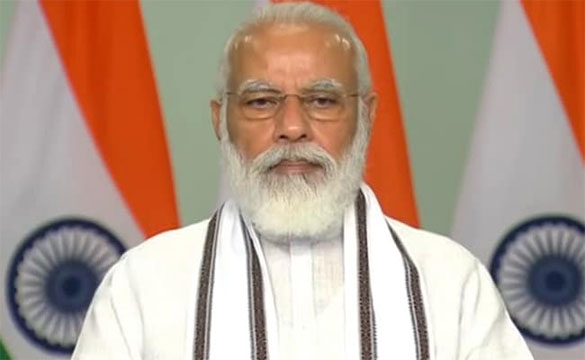 There were nationalist currents within the university which ultimately led to the establishment of Jamia Millia Islamia University, first within the campus of AMU and later in Delhi. Post-independence, AMU has had its share of left and right wingers, with the balance of power shifting on one side from time to time. Again, this is not different from other campuses elsewhere. And yet, AMU has always been seen ‘suspiciously’, not just by the current political disposition but also by previous governments. One is not just reminded of the SIMI raids on the campus during the 1990s, but also how the whole university was painted as if it was geared only towards producing Islamic radicals. One also remembers how the students then dreaded the provincial armed constabulary (PAC), a rather thuggish force created by the Congress party in Uttar Pradesh. Blatantly communal, PAC was regularly deployed on the campus to ensure the ‘safety’ of students.

One also remembers the recent right wing attack on the institution for having a portrait of Jinnah in its students’ union office. If nuance has any place in history, then there is no problem in saying that Jinnah is as much part of the history of AMU as are Gandhi and Nehru. But then, who cares for nuance these days. The battle lines are drawn: either you are a nationalist and hence a Jinnah hater or an anti-national Jinnah lover. The government, aided and abetted by the media, proved to its satisfaction that AMU was anti-national. The subsequent police crackdown on students who were protesting against the CAA-NRC only added to the popular impression that the government was dealing appropriately with an anti-national university.

It will be interesting to see how the rank and file of the Hindu right wing react now that the prime minister of the country has hailed AMU as nationalist. It will become exceedingly difficult now for such minions to brand the institution as the hub of anti-national activities. 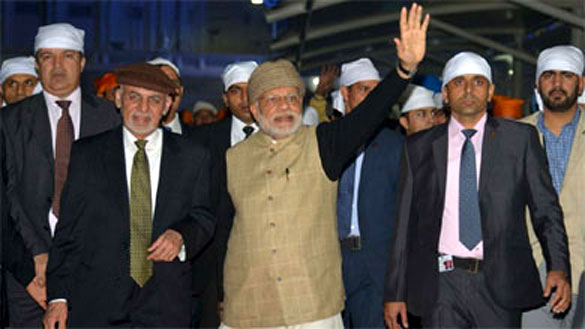 Against such a background, Prime Minister Narendra Modi being the chief guest at AMU’s centenary celebration baffled many observers. Modi spoke of the university’s contribution to the national movement, its powerful alumni network and their contribution to India’s progress and reminded AMU of Sir Syed’s dictum that the community’s and the nation’s progress were interlinked. More importantly, he laboured that his vision for a new idea was inclusive where there was no room for discrimination against religious minorities. There was a remarkable absence of any acerbic tone which has come to be associated with the ruling BJP whenever the party speaks on the Muslim question. It appeared that the prime minister wanted to extend a hand of solidarity and friendship to Muslims through AMU. But then many questions remain as to why he was ‘compelled’ to do so.

Analysts have argued that this was nothing but a PR exercise by the prime minister to bolster his sagging image in the international community with Indian Muslims under relentless attack from the Hindu right wing. It is true that India has been receiving considerable bad press in the international media but the assumption that this might hurt India’s interest in any way is largely unfounded. As a huge market, India has the potential to withstand any criticism from the international community. We must remember that despite what is happening to Muslims in China, there has been no international censure of that country. Why should the world behave differently when it comes to the persecution of Indian Muslims? Moreover, over the years, Modi government has put great effort in wooing the Arab states and their silence on many issues concerning Indian Muslims is proof that they hardly care about what is happening here. Even if international considerations played a role, it must not be the only reason why the prime minster chose to speak at AMU. Thus it appears that the outreach to AMU must have been made for domestic considerations also.

The prime minister struck all the right notes when he said that there should be no discrimination on the basis of religion; that everyone irrespective of religious affiliation should partake of India’s development. However, coming in the wake of recent laws which have the express intention of putting Muslim lives in jeopardy, such pious utterances will ring hollow if not backed by concrete actions on the ground. If the prime minister is really sincere in his outreach to the Muslim community, then he should do something about the nefarious ‘love jihad’ law in Uttar Pradesh and the ‘cow protection’ law enacted in many states ruled by his party. These laws have been designed to make Muslims, especially Muslim men, insecure in their own country. The prime minister lauded his government’s measures to ameliorate the condition of Muslim women, but they can hardly be happy if their men are being treated as second class citizens in their own country.

A section of Muslims, especially those who have largely treated AMU as their political launch pad, are riled that the university authorities decided to invite the prime minister. They have argued that given the treatment of Muslims during this government, AMU should not have done so. This sentiment is understandable but we also need to realise that AMU is a centrally funded university. As such, it is extremely difficult to say for sure whose idea it was to have the prime minister as the chief guest; it could have come from outside the university also. Moreover, Sir Syed himself wold not have shied away from inviting the prime minister had he been alive. Part of the politics of the founder of AMU was that minorities should be close to the government, irrespective of its ideological affiliation. Despite the heavy repression on Muslims by the British in the aftermath of the 1857 revolt, Sir Syed chose to engage with the same government later on. Muslims today should similarly engage with the government at every given opportunity. For whatever reason, the prime minister has made a good gesture by choosing to speak at AMU. It remains to be seen whether his words are taken seriously by those who are charged with implementing his vision of a new and inclusive India.