Bengaluru Muslim Violence: There Is A Need to Question the Islamic Theological Consensus on Blasphemy

Muslims in Bengaluru have rioted over a Facebook post which denigrated the prophet of Islam. The post has since been taken down, the person who wrote it has been arrested but not before valuable property was destroyed and three people lost their lives. It is reported that the mob tried to burn down the house of the ‘accused’, a Dalit and a relative of the local Congress MLA. All hopes of a Dalit Muslim unity, so eagerly desired by some, went up in flames. There will be enough people who would spin this to argue that the Muslim anger was not just against the denigration of the prophet, but more so because a low caste person did this. No matter how much Muslims deny this accusation, the fact remains that casteism in their society makes them no different from other religious groups. 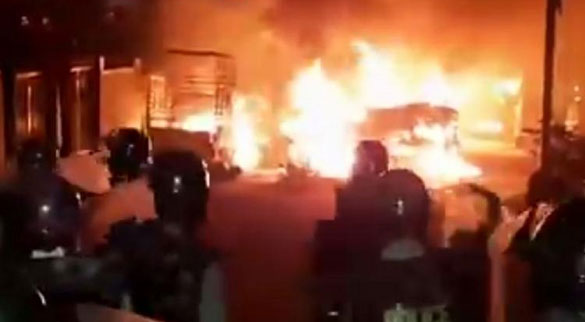 According to police, a crowd of almost a thousand people gathered in front of the KG Halli police station demanding that a Congress MLA's relative named Naveen be arrested.

The incident comes days after the Bhoomi Pujan of Ram temple in Ayodhya. Many proclaimed this event as heralding the establishment of Hindu Raj in India and were visibly and understandably concerned over the future of Muslims. And yet the riotous mob in Bengaluru have shown no sensitivity to the changed political contexts in which Muslims find themselves today. This is certainly not the image of the ‘fearful Muslim’ which some would like to portray. Granted that Muslim sentiments had been hurt, but there are better ways to show their grievances. A little sagacity would have only helped the community.

It is important not to see this incident as an aberration. Muslims have always been assertive on issues which concern their faith. Whether it is the demand to ban Salman Rushdie’s book or whether it is the question of physically assaulting Taslima Nasreen and throwing her out of West Bengal, Muslims have successfully pressurised various governments to concede to their religious demands. One should not forget that the biggest agitation of Muslims in post-independence India was during the Shah Bano issue when the Muslim clergy forced the parliament to annul a progressive ruling of Supreme Court. It is another matter that Muslims have never agitated and rallied to demand education and jobs and have hardly participated in other civil struggles. Muslim priorities have always been very clear in this country.

Those who are rationalising the Bengaluru violence as a result of ‘frustration in the last six years’, have no understanding of Muslim politics. They need to realise that what happened in that city is part of a pattern of political behaviour which Muslims have always exhibited. There is certainly no need to pin this down to the excesses of last six years. They must remember that there was no BJP government when Muslims launched the Shah Bano agitation. 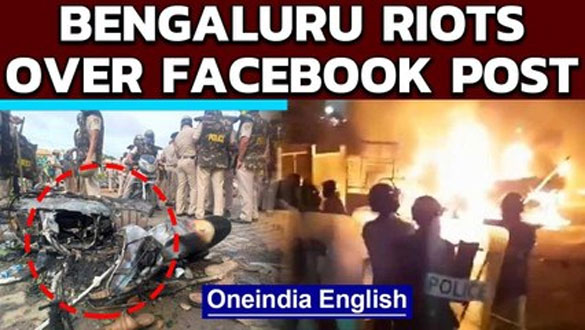 Every religion is sacrosanct to its believers. But all religions do not behave in the same way when anyone denigrates their faith or symbol. Jesus has been written about and depicted in all possible ways and yet we do not see Christians burning properties every time such a thing happens. For a long time, Hinduism never reacted violently to any perceived denigration within the multiplicity of its faiths. Semitic Hinduism, however, has made it a point to react (at times violently), especially when Muslims or Christians are the ‘denigrators. Muslims, however, have always reacted to such incidents as if it is their calling. It is as if they do not show their anger physically, then they will become lesser Muslims. 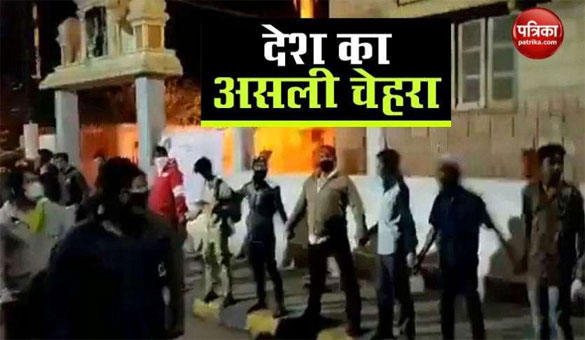 Young men are seen holding hands and ensuring that rioters didn’t attack the temple located in in DJ Halli police station limits in the city.

The problem is that the dominant Islamic theology actually expects Muslims to behave this way. Although the Quran is ambiguous regarding the penalty for blasphemy, certain verses have been read to legitimize the killing of blasphemer. Then there are Hadith on which there is scholarly consensus that such people who denigrate the prophet should be killed. It is not surprising therefore that of all the countries where committing blasphemy warrants the death penalty, almost all happen to Muslim countries. Within these countries, a large number of minorities, Muslims and others, have been punished under such laws. In fact, such laws have been designed to specifically target minorities. An allegation of blasphemy is all that it takes to put the accused in deep trouble. It is this religious sanction for such type of behaviour that needs to be questioned.

Certainly, the situation was very different in Bengaluru. No one was calling for the killing of the accused. They were simply protesting for lodging an FIR which the police refused initially. The irate mob then vented its anger on nearby properties and a police station. The police, in trying to quell the disturbance, ended up killing three Muslim protestors. We all know that disproportionately more numbers of Muslims get felled by the police bullet, everywhere in India. Given this statistic, Muslims should have been cautious and should have staged a peaceful protest. But then, as we know and have come to expect, Muslims tend to lose all rational faculty when Prophet’s dignity and honour is in question. It is this sudden and instinctual reaction which needs to be questioned and challenged. How else do we understand this reaction if not by the fact there is widespread sanction and theological legitimacy for it?

It is heartening to note that Muslims have come up with alternate interpretations of theological traditions and are arguing that the Prophet himself would have disapproved of such violence. They are reminding Muslims how Muhammad forgave those who always disparaged him. However, all these interpretations will remain on the pages of twitter and Facebook. In the real world, the Muslim imagination and actions are largely shaped by the Ulama and their madrasas. Till the time they are not confronted with such alternative interpretations, nothing much is going to change.

Amidst the mob frenzy, it appears that some Muslims wanted to attack a local Hindu temple. They were thwarted by other Muslims, who made a human chain to protect the temple. This is a sobering example that even in the middle of such religious madness, humanity and empathy can survive. Clearly then, these Muslims must be drawing very different lessons from Islam. It is such readings of Islam which should eventually become the dominant reading within Muslim societies.