Indian Muslims and their Supposed Political Appeasement: the Spiritual Dimension

1.    After the partition of India, Muslims became the most unwanted baggage to be carried for as far as possible.

2.    When Pakistan and Bangladesh treat their minorities inhumanly, Indian Muslims face the brunt while the political parties (even the secular ones) look the other way.

3.    BJP, RSS and their everyday growing fringe organisations cannot squarely be blamed for the impasse Muslims in India are passing through as it is decades old.

4.    Hatred for Muslims is the result of the farcical appeasement policy that every so-called secular organisation adopts during elections for its political gain. That Muslims are more backward on every count than any other community makes no difference to anyone. 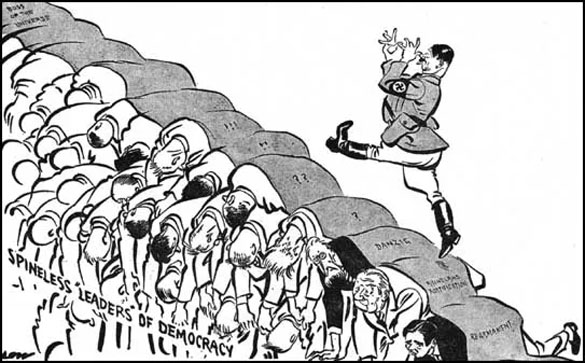 After the partition of India, Muslims became the most unwanted baggage to be carried for as far as possible. On paper, Muslims enjoy every right that the Constitution of India grants to its citizens but since independence, they have been merely treated as a punching bag and a scapegoat. They are punched for the faults of Pakistan and Bangladesh.  When Pakistan and Bangladesh treat inhumanly their minorities, Indian Muslims face the brunt and the political parties (even the secular ones) look the other way. They are not applauded when the said countries treat their minorities as respected citizens in their countries.

I cannot blame today’s BJP or RSS and their everyday growing fringe organisations for the impasse Muslims in India are passing through,  as I have personally witnessed anti- Muslim hatred some thirty years ago in Arrah,  a district town of Bihar. This hatred for Muslims is the result of the supposed appeasement policy that every so-called secular organisation has adopted for its political gain. Every political party irrespective of their national, regional, and linguistic or caste identity has taken the route of a hypothetical appeasement of Muslims for their votes.

The pseudo-secular parties make tall promises to Muslims never to fulfil any part of it, but allowing Hindutva groups to accuse them of appeasement. One would have thought that this would stop following the publication of Sachar Committee report that laid bare the plight of Muslims in India.  But nothing changed.

It is because of this farcical appeasement policy that Muslims lost their political acumen and identity. They were made to believe that they are getting every support for their development when the reality was different. Muslims never had a leader to guide them in the political world. Most of those that came on the scene as Muslim leaders were merely following a policy of self-aggrandisement. For the namesake every political party, left, right or far-right has several Muslim leaders but no one of them ever stood and spoke for the community. Even if they spoke it was along the party lines, not giving voice to the reality faced by Muslims.

Those leaders who have no understanding of the Quran and Hadith, though being a leader of a multi-religious country they must have, and the Muslim leaders who support such wrongful appeasement policy, must be acquainted with some Quranic and Biblical verses so that they may know what fate is waiting them in the life hereafter.

“And fulfil (every) covenant. Verily! the covenant, will be questioned about” (Al-Isra: 34)

And fulfil (every) commitment. Indeed, the commitment is ever [that about which one will be] questioned. (Al-Isra: 34)

(Those who) fulfil their promise when they promise ...  and it is those who are the righteous. (Al-Baqarah: 177

Christianity on False Promises, aka Appeasement

Like clouds and wind without rain is a man who boasts of a gift he does not give. (Proverbs 25:14)

And no wonder, for even Satan disguises himself as an angel of light. (2 Corinthians 11:14)

Muslim intellectuals and scholars divided the community into ‘progressive Muslims’,  ' moderate Muslims’ and 'orthodox Muslims' just to suit their closeness to the governing dispensation.

They never guided Muslims on the right path that could have mixed them into the mainstream of Indian culture and civilisation. Indian Muslims still are perfectly mixed in the cultural milieu of the Indian social identity but this is because of the knowledge they have been imparted through the Khutbahs on Fridays and speeches on other domestic functions.

Muslim intellectuals and scholars valued gubernatorial posts for themselves more than the benefit of the destitute among the Muslims. Hence, every incumbent government decided to please the individuals rather than the gamut of Muslims whom they otherwise also never took as their national brothers and sisters.

AMUs and JMIs were never the answer to the impediment Muslims have passed since the independence. They needed their roots to be strengthened as those who remained in India on the call of Maulana Abul Kalam Azad and the likes were those who were hand to mouth. The feudal elements, the rich and the educated ones mostly left the country on the call of Jinnah. Common Muslims needed basic empowerment and acceptability of being true Indians that they chose to make India their motherland but it never happened.

All the minority communities and other downtrodden people have fallen victim to a farcical appeasement policy, sometimes or the other. This policy brought them nothing but anger and jealousy in the hearts of other countrymen, brothers and sisters.

Having Presidents, Prime Ministers and CMs is not an appeasement of the community. It is not the answer to the predicament a community faces.  Development cannot take place without inclusiveness in any society. As there cannot be a Smart City with huts and open drainage in it, there cannot be a developed country unless people live in harmony with one another.

To foster a civilised and cultured society one needs to have every citizen of the country woven in one compact. Being cultured and civilised is a sign of being spiritual. Therefore, our priority should be to spread the spiritual essence of brotherhood and divine inclusiveness among all our people to create a sense of belonging to one country and one society. There has to be equality of opportunity among all. The policy of appeasement creates a rift among the people. All the major religions of our country discard appeasement and reward equality. Those who run appeasement policy as their political acumen are perhaps unaware that such people are called hypocrites and for them is waiting for the hellfire hereafter.

Inclusiveness is embedded in human nature. One has just to remind mankind of the teachings of his religion and he will be guided to an ideology that advocates love, compassion, brotherhood and inclusivity. Humankind has to taste the fruit of inclusivity of a humane society to follow the following religious teachings.

An individual leader or a party that plays the appeasement game is called ‘a hypocrite’ in the truest sense of the term. Hypocrites are denounced in every age and every society by everyone. Their hypocrite's face comes to the fore, one day or the other and then they have no place to hide. Humankind has been a witness to such hypocrites since the inception of the world. Consider the following Hadees about hypocrites’ characteristics and recognise them amongst you.

Hypocrite politicians and the ones who play appeasement games will do better to understand the following lesson from Bhagavad Gita and verses of the Holy Quran as given under:

Understand that knowledge to be in the mode of goodness by which a person sees one undivided imperishable reality within all diverse living beings. (Bhagavad Gita Chapter 18, Text 20)

"O mankind, indeed We have created you from male and female, and have made you into nations and tribes, that you may know one another. Indeed the most honoured of you in the sight of Allah is the most righteous. Indeed, Allah is Knowing and Acquainted" [Quran 49:13]

The Prophet Pbuh was asked: "Who among men is most favoured by Allah?' He, (SAW) replied: "A man who does the most good to people." (At-Tabaraani)

Much damage has been done not just to the Muslims or other downtrodden Indians through the game of appeasement but to the country itself. We, as Indian nationals do have to follow, ‘united we stand, divided we fall’.