1.    India has sheltered people of different religious faith and beliefs.

2.    India is the birthplace of Hindu gods, Mahatma Buddha, Jain Tirthankars and Panj Pyare of Sikhism.

3.    Independent democratic republics of the world proudly follow the Indian essence of Unity in Diversity.

4.    People of India celebrated their religious and cultural festivals without any distinction between religious identities.

5.    India has been an example of pluralistic ethos and brotherly love for world humanity. India can rightly claim to be a Vishwa Guru or World Teacher. This position was actually accepted by the world when Swami Vivekananda spoke in the Parliament of world religions in Chicago a century ago.

Since the beginning of time, India has sheltered people of different religious faith and beliefs. Since India was an amalgam of princely states, all the states had their spiritual upbringing in the lap of their respective religious identities. All the states of the Indian land welcomed all the other religions that came under their wings. Thus Indian beauty consists of various religious communities embracing each other's cultural heritage willingly through history and produce an unparalleled example of deep-rooted Inclusiveness. After the Indian states united and became a nation its religious inclusiveness became its identity in the world. Indian state gave the world its idea of Unity in Diversity. Independent democratic republics of the world proudly follow the Indian essence of Unity in Diversity. 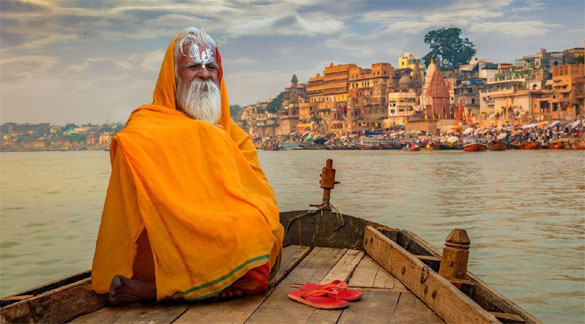 Indian landscape that includes the eye-catching natural beauty of Kashmir and Kanyakumari that is the meeting point of three oceans-the Bay of Bengal, the Arabian Sea and the Indian Ocean, also has hundreds and thousands of Sufi shrines, Sadhus Mutts and religious heads. India is the birthplace of Hindu gods, Mahatma Buddha, Jain Tirthankars and Panj Pyare of Sikhism. This country has brought up great religious heads in its lap. All the Sufis and Saints Rishis and Munis spread the message of love compassion, peace and tranquillity among the people of India. India boasts of foreign kings who sacrificed their sons on the altar of India’s independence. Whoever made India its abode transformed it into a pluralistic cultural hub. People of India celebrated their religious and cultural festivals without any distinction between religious identity and regional affiliation. India has been celebrating Holi, Deepawali, Eid ul Fitr, Eid ul Azha, Pongal Bihu and Lori with all, irrespective of religion and race. India has been an example of pluralistic ethos and brotherly love for world humanity. India can rightly claim to be a Vishwa Guru or World Teacher. This position was actually accepted by the world when Swami Vivekananda spoke in the Parliament of world religions in Chicago a century ago.

Being a part of the world, India also felt the tremors of the social, political and ethical quake. Religious supremacism attacked the nation in a big way. India also witnessed the waves of religious and casteist hatred like a pandemic. It was helped by the media in a big way. It seemed as if the nation all of a sudden forgot all the lessons of inclusiveness and brotherhood taught to it by its religious past. 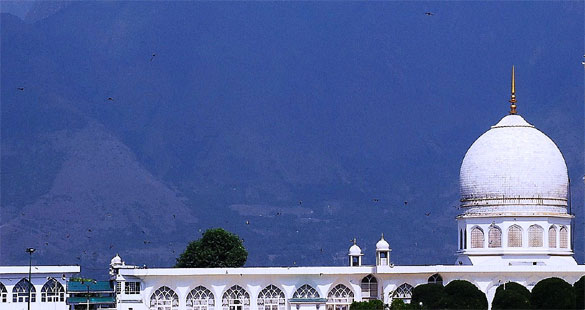 India, geographically being too close to the terror-stricken countries also came in the line of fire. Being a multi-religious and multi-cultural nation, some of the Indians also bought the idea of Islamophobia to make it a cause of concern among the people and take political advantage.

Indian history and its culture are too rich in pluralistic ethos to be dented easily. It felt some low-pressure tremors but it was of no use for the destructive forces.

The tremors caused by the hate mongers and irreligious Islamophobic forces were not transformed into big earthquakes. This is the power of India's deeply rooted Sarva Dharma Sadbhavana. Hatred blurs the vision of reality and creates an image of everything that is not there. Islamophobic and hate merchants’ vision of Indian ethos reality also blurred and they saw what their devilish desires showed them.

It is said that there is something good hidden in even the worst things. Good things that came out of the Islamophobic trying times in India are the faces of the advocates of Indian Inclusiveness. India exhibited that there is no dearth of Messiahs of pluralism here. It has been, is and will remain a country of spiritual enlightenment and salvation. India has been a witness to innumerable ups and downs but has stood firm with its religious inclusiveness.

Therefore, the present Islamophobia, hate and lynching incidents look like a bubble that will dissipate at the earliest and it will again reverberate with the sounds of different religious festivals which will see the participation of all the colours of human life. Religious pluralism reverberates in the Indian atmosphere that has the power to brave all the seasons of religious hatred and religious phobia. No ill will against any religious faith can ever get a place to step in. The verses and Shlokas from the Holy Quran, the Rig Veda and Bhagwad Gita, the Shri Guru Granth Sahib, the Bible and the preaching of revered scholars of different religions given under are the proof of our deep-rooted belief in religious pluralism.

"We believe in the revelation which has come down to us and in that which came down to you; Our Allah and your Allah is one, and it is to Him we bow in Islam."  - (Al-'Ankabut - 29:46)

People of the Book, why do you dispute about Abraham when both the Torah and the Gospel were not sent down till after him? Have you no sense? - (Al-e-Imran: 65)

Hindu Scriptures Teachings of the Virtues of Pluralism

One and the same be your resolve and be your minds of one accord. United be the thoughts of all that all may happily agree. — Rig Veda, 1.191.2-4

But that which clings blindly to one idea as if it were all, without logic, truth or insight, that has its origin in Darkness. — Bhagavad Gita, 18:22

As people approach me, so I receive them. All paths lead to Me. — Bhagavad Gita, 4:11

Do not say that the Vedas, the Bible and the Koran are false. Those who do not contemplate them are false. — Guru Granth Sahib page 1350

Some call the Lord "Ram, Ram", and some "Khuda". Some serve Him as "Gusain", others as "Allah". He is the Cause of causes, and Generous. He showers His Grace and Mercy upon us. Some pilgrims bathe at sacred shrines, others go on Hajj to Mecca. Some do devotional worship, whilst others bow their heads in prayer. Some read the Vedas, and some the Koran. Some wear blue robes, and some wear white. Some call themselves Muslim, and some call themselves Hindu. Some yearn for paradise, and others long for heaven. Says Nanak, one who realizes the Hukam of God's Will, knows the secrets of his Lord Master.  - (Sri Guru Granth Sahib Page: 885)

First, Allah (God) created the Light; then, by His Creative Power, He made all mortal beings. From the One Light, the entire universe welled up. So who is good, and who is bad?  - Guru Granth Sahib

The seconds, minutes, and hours, days, weeks and months and various seasons originate from One Sun; O Namak, in just the same way, the many forms originate from the Creator.  - (Guru Granth Sahib Page 12, 13)

The holistic India that has mesmerised the world with its divine powers and powerful messages of peace and brotherhood preached by its religious gurus will find its much-deserved place as the worshipper of human rights and humane ethics. The above mentioned religious preaching of inclusiveness and pluralism of the Indian religions will take care of the dwindling international parameter of India’s human rights acts and religious repression will be back to its normal place of a world leader.

How many paths are there to God? There are as many paths to God as there are souls on the Earth. -  Jalal ad-Din Muhammad Rumi

A true Lover doesn't follow anyone religion, be sure of that. Since in the religion of Love, there is no irreverence or faith. When in Love, body, mind, heart and soul don't even exist. Become this, fall in Love, and you will not be separated again. -  Jalal ad-Din Muhammad Rumi

If a person has faith, Bhāradvāja, he preserves truth when he says: ‘My faith is thus’; but he does not yet come to the definite conclusion: ‘Only this is true, anything else is wrong.’ In this way, Bhāradvāja, there is the preservation of truth; in this way he preserves truth; in this way, we describe the preservation of truth. But as yet there is no discovery of truth. — The Buddha, The Pali Canon, Bhikkhu Bodhi. “In the Buddha's Words: An Anthology of Discourses from the Pali Canon"

I do not deny for a moment that the truth of God has reached others through other channels - indeed, I hope and pray that it has. So while I have a special attachment to one mediator, I have respect for them all.  - John Macquarrie (1996). Mediators between human and divine: From Moses to Muhammad