For 66 years, the two spools remained unaired and unheard—safely locked up in the vaults of the archives of All India Radio in India’s capital. The labels on them are terse: ‘Jinnah’, they read. Only a few knew of their contents or value. Unlike other recordings of historical import, neatly marked for date, time and context, the ‘Jinnah tapes’ were something that existed behind a bureaucratic iron curtain. 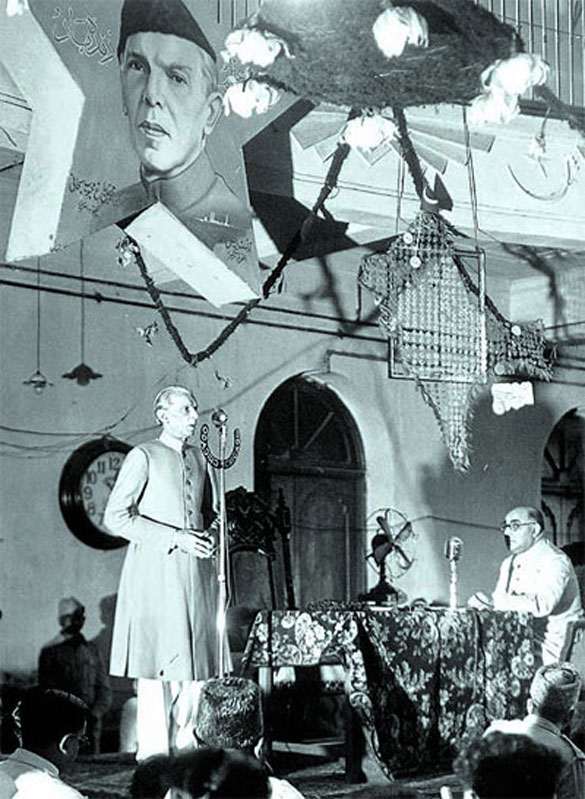 Now, on hearing the master tapes after an eight-month pursuit, this much can be said: Mohammed Ali Jinnah sounds every bit like the man he despised—Pandit Jawaharlal Nehru. Only, the accent is stiffer, more gravelly, more Brit. And yes, in one of them at least, the Karachi-born barrister makes the same noises as the one from Allahabad.

The first of the two recordings we heard was perhaps Jinnah’s last address on the radio within the borders of what is now India. It was made on June 3, 1947, in Delhi, two months before he left for the country that had become his life’s mission. All India Radio’s internal records do not reveal if Jinnah came to its studios to record it or if sound recordists were sent to his house at 10, Aurangzeb Road. All we can say is this: it lasts seven minutes and 45 seconds.

The second, shorter but more well-known recording was his address to the Constituent Assembly of Pakistan on the day that nation came into existence: August 14, 1947. It is, in a manner of speaking, the equivalent of Nehru’s ‘Tryst with Destiny’ speech, full of high values and noble objectives. In spirit, it has a direct kinship with the speech three days before that: the famously elusive August 11 speech, which he made at the Pakistan Constituent Assembly's first meeting. (Only the transcript of the full speech is available, though purported excerpts show up on YouTube)

After 228 words into his address to the framers of Pakistan’s constitution, Jinnah voices his tolerant vision: “The tolerance and goodwill that the great emperor Akbar showed to all non-Muslims is not of recent origin. It dates back 13 centuries, when our Prophet, not only by words, but by deeds, treated the Jews and Christians handsomely after he conquered them.”

For those who haven't chanced upon it before at online Chaupals where such things have great currency, hearing the creator of the first country carved out on the basis of religion talk of the other Abrahamic religions in the same breath as Islam, and of tolerance and respect for other faiths and beliefs too, is at once thrilling and humbling. Especially if one juxtaposes it with the reality of modern-day Pakistan.

It is the master recordings of the Constituent Assembly speeches in Karachi that Pakistan has been chasing for years, if not decades now. How India came to be in their possession is not as mysterious as it may sound. As the two nations stood parted by Cyril Radcliffe’s scalpel, Pakistan requested All India Radio to send sound engineers to record the birth of the new nation, as it were. Reason: neither Lahore nor Peshawar, both classified as ‘Class B’ radio stations, had the wherewithal.

All India Radio complied. Its engineers, said to be all south Indians, came back with two recordings. The August 11 one, where Jinnah spelt out his secular vision for Pakistan with the now memorable words, “You are free to worship in your temples and mosques....” It is this ‘missing’ speech that landed L.K. Advani in trouble in 2005. The second recording (one of the two we hunted down) is the official master tape of Jinnah’s Aug 14 address. All India Radio sources say the August 11 recording is “not with us”. Be that as it may, why All India Radio has still not handed over the master August 14 recording to Pakistan is unclear. One version has it that the bloodshed during Partition had coloured minds in India about a certain disconnect with Jinnah’s words contained in the radio address. Another version has it that Pandit Jawaharlal Nehru’s animosity knew no bounds. 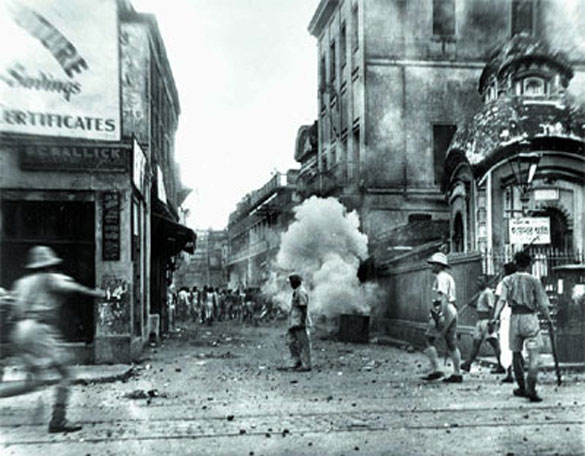 Why Pakistan wants the tapes now and what it will do with them is unclear too. But among those eagerly waiting to hear the official tapes is Murtaza Solangi, director-general of Pakistan Broadcasting Corporation: “The August 11 recording is not in public domain and from my point of view, hearing the speech is very important because the founder of Pakistan clearly speaks his vision of a peace-loving, pluralistic, democratic Muslim majority Pakistan, as opposed to an Islamist state. I also believe that, had Pakistan pursued the vision of Jinnah, we would not be facing an existential threat caused by home-grown extremists and terrorists.”

Solangi has written to All India Radio, but has been told that a search is on. Both the Nehru Memorial Library and BBC have told him they do not have the ‘Jinnah tapes’. The text of Jinnah’s August 11 address is available in some scholarly works, but after General Zia-ul-Haq became president of Pakistan, the establishment there preferred to excise all references to secularism to reinforce the identity of an Islamic country.

Mushirul Hasan, the director of National Archives, Delhi, hasn’t heard the tapes. But he has a few sharp cuts for Jinnah. He says, “Jinnah’s address is a case of too little, too late. It is of academic importance. After all the bloodshed, which he is partially responsible for, how can one forget that he crafted a new nation on the basis of religion? That said, societies which go through civil strife do go back to the vision of the father of the nation. In contrast, we may have forgotten our father of the nation—this is because we are a more confident country as we have a functioning democracy with the democratic structures in place.”

It’s not just Jinnah. The shared legacy of Sadat Hasan Manto, one of the foremost portraitists of Partition, sits hidden in some vault of All India Radio. When historian Ayesha Jalal, Manto’s grandniece, sought the recordings as part of ongoing research, she was told by officials that the recordings did not exist. Yet, persistent queries have revealed that All India Radio does have a recording of a Manto play. It is also learnt that All India Radio would like to have the recordings of actors Dilip Kumar and Prithviraj Kapoor from Pakistan’s broadcasting authority. Officials are not saying whether there is a quid pro quo involved here.

It took Outlook all of eight months to hear All India Radio’s Jinnah recordings. This was preceded by much stonewalling and countless calls for approval from the Prasar Bharati Corporation, which is the parent body of All India Radio; the information and broadcasting ministry, the controlling authority; and finally, the ministry of external affairs. The external affairs ministry was involved because Jinnah is a “foreigner”, and in matters related to two nations, it is this ministry that has the final say.