Why Is Onus Of ‘Coming into Mainstream’ On Muslims? 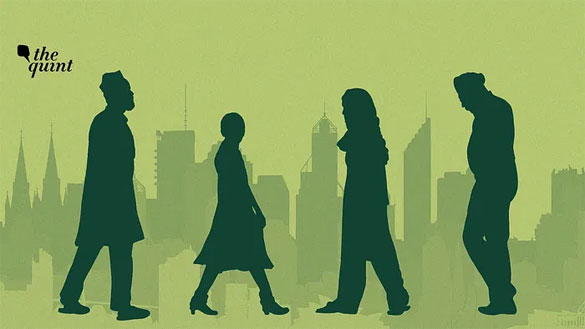 Ever since the pandemic struck and the lockdown was announced, my father has faithfully patronised the local department store across the road from our home. When he was wondering whom to get essentials from, as our housing society became a containment zone in June, this shop was recommended by one of his trusted neighbourhood friends and daily evening-walk partner, who happens to be a Hindu Punjabi.

True to his own gregarious self, my father has been quite friendly with the shopkeeper, who is also a Hindu. He has been wary of online grocery suppliers, much to my annoyance, insisting on buying from local stores — you know, from a sense of loyalty. In other words, he has been ‘going vocal for local’ for a while now. 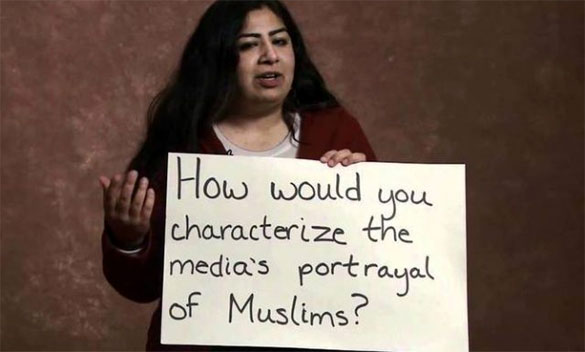 Photo courtesy, The Companion voicing Together

Last night, he went out to buy some essentials, and as usual, went to the same store. He asked for ‘mango panna’ and ‘Rooh Afza’, since we had run out. The shopkeeper told him he didn't have stock for either, promised to order more mango panna, but refused to get more Rooh Afza, because ‘WohMiyaon Ka Hai'(it belongs to Miyans, which is a north-Indian colloquialism for Muslims). He was referring, of course, to the Muslim ownership of Hamdard, which produces the iconic homegrown drink.

Now, this is far from being the first time that our family has encountered communal micro-aggressions.

But each time we do, we rage and vent, and yet, almost always, reach one of two conclusions: that there are far more non-communal people than there are communal bigots, or that there is much more malignant and virulent bigotry out there to worry about.

Every time, the same set of circular arguments, and this time too, dad went down the same road. Despite his decades of experience, he was so hurt that he left the stuff he had bought and walked out, but then in that instant, he decided to be the bigger person and still purchase what he had come to get, one last time.

I bristled at and disagreed with this magnanimity, because what is even the point of such large-heartedness, except more self-effacement?

So, what makes me write about this episode specifically, if we've been here before? I write this because this one incident contains a lot of the elements that need to be pried apart to better understand the multi-layered hurt of communal micro-aggressions.

This is far from being the first time that our family has encountered communal micro-aggressions.

The shopkeeper had been interacting with my father for weeks, but hadn’t realised that he was Muslim.

Why would he, because as dad has been told repeatedly, he doesn’t ‘look like one’ – because of the lack of stereotypical identity markers.

Communalism always plays out in economic terms. Muslim-owned businesses, that elevate them to an equal socioeconomic footing, are deeply resented.

But of course, Muslims are only ‘acceptable’ when they are a ‘docile and invisible army’, when they don’t actually own anything, and have no social capital.

I refuse to bear the burden of always being the ‘bigger person’.

Instead, I ask you to educate yourself and share these every day micro-responsibilities with me.

Are Muslims Only ‘Acceptable’ When They Are Docile?

First, this shopkeeper has been interacting with my father for weeks, but hadn't clocked that he was Muslim. Why would he, because as dad has been told repeatedly, he doesn't ‘look like one’ – because of the lack of stereotypical identity markers. This ‘LagteNahi Ho’(you don't look Muslim) has followed my parents and me for so many years, it's become an inside joke.

Second, this shopkeeper employs working-class Muslim boys as help and delivery boys, but hates Hamdard — so what does Hamdard symbolise?

This serves as a gentle reminder that communalism always plays out in economic terms. Muslim-owned businesses, that elevate them to an equal socioeconomic footing, are deeply resented and sought to be systematically boycotted or destroyed. But of course, Muslims are only acceptable when they are a docile and invisible army of servants, when they don't actually own anything, have no social capital. Then, the narrative that they are inherently or genetically predisposed to a specific set of essential but menial jobs can easily be furthered, so the status quo is maintained.

Why Is Onus Of ‘Coming into Mainstream’ On Muslims?

Third, the response from within the Muslim community to such expressions of angst is usually to invite us back into the community fold spatially. ‘Why don't you live among your own’ – is a question unsaid but palpable, both within the community and outside of it. But this has always been frustrating to me, because it only circumvents and deflects the uncomfortable reality of everyday communalism in the public space. We still live in the same city, same country, this kind of sidestepping and avoidance can only take us so far when the state machinery is stacked against you.

The only answer, as we collectively realised during the anti-CAA protests and after the riots in northeast Delhi, was not to withdraw into ourselves or create comfortable echo-chambers, but to be political, to establish horizontal solidarities and to find common cause.

On the other hand, however, for my well-meaning, liberal non-Muslim friends, here's the thing, Muslim-only localities or ‘ghettos’ didn't just emerge from thin air or in a vacuum, they are deeply socio-political creations, responses to the way post-Partition communal riots played out in this city.

We tend to forget this history when we keep placing the onus of ‘coming into the mainstream’ disproportionately on Muslims, as if it is just a matter of will, with no structural obstacles.

It would also do well for us to remember that social mingling and interacting is not a one-way street. Think about why you feel ‘scared’ about going into Batla House alone and it is somehow justified, but you want a taste of their local Sewaiyaan or Biryani on Eid? Think about how many Muslim classmates you have ever had, or even neighbourhood friends? Think about onus, when you expect your Muslim friend to explain their beliefs to you, about whether they are ‘practising’ or ‘non-practising’, when you yourself are never put in the same position.

Which brings me to the fourth and final rub: My father wasn't just hurt by this incident because the shopkeeper was so brazen in his prejudice, that's not surprising anymore.

But what hurt more was that his friend didn’t express any outrage or discomfort on his behalf.

He didn't even flinch; it was not his problem. Like every other time in my father’s life, this fight was his alone.

This is what it comes down to, ultimately: the question of true solidarity. Bearing the onus and carrying the responsibility of forging ‘trust’ and allaying ‘fears’ (which are usually thinly-veiled baseless biases) and diffusing discomfort and undercurrents of communal tension all the time is… exhausting. And on top of that, you're supposed to remain good-natured and even-tempered, without breaking into a sweat, or getting combative or defensive.

I simply refuse to do it, to bend over backwards to explain myself, to prove how all my identities are reconciled, how they can co-exist.

But most importantly, I refuse to bear the burden of always being the ‘bigger person’. Instead, I ask you to educate yourself and share these every day micro-responsibilities with me, so that we can fight bigger and tougher battles together.

Amaal Akhtar is currently a PhD research scholar in History at JNU, and a former higher-academic editor at Orient Black Swan.

This is a personal blog, and the views expressed are the author’s own. New age Islam neither endorses nor is responsible for them.

Original Headline:   I’m Muslim & I Don’t Need To Prove How All My Identities Co-Exist