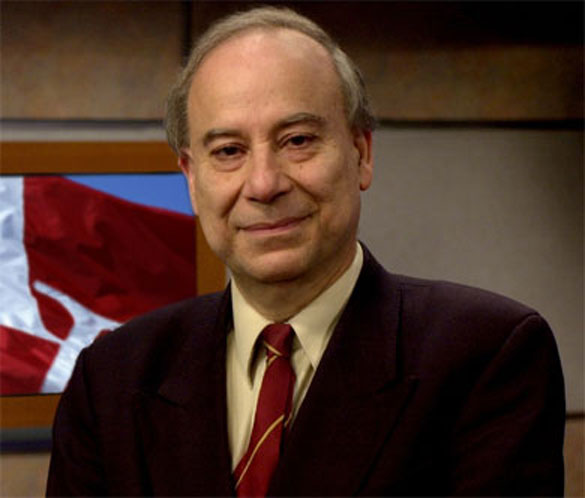 Dr Akbar Ahmed is a man of many parts. Civil servant, diplomat, author, filmmaker (creator of the biopic, ‘Jinnah’) and teacher, he has also served as Pakistan’s ambassador to the UK.

Currently the Ibn Khaldun Chair of Islamic Studies and professor of international relations at the American University in Washington, it is his extraordinary insight into Muslim societies around the world and contribution as a scholar of Islam that truly sets him apart from his tribe.

Dr Ahmad is perhaps the best living and walking encyclopaedia of Islam around, with such groundbreaking books as ‘Postmodernism and Islam’, ‘Predicament and Promise’ (1992), ‘Living Islam, From Samarkand to Stornoway’ (1993), ‘Discovering Islam, Making Sense of Muslim History and Society’ (2002), and ‘Islam Today: A Short Introduction to the Muslim World’ (2002).

Given the unprecedented challenge of extremism and terrorism facing Islam and contemporary Muslim societies, it’s only natural that Prof Ahmed has constantly written and talked about it, analysing often for the benefit of Western audiences the underlying causes and historical drivers of violence and radicalisation, as he most recently did in ‘The Thistle and the Drone: How America’s War on Terror Became a Global War on Tribal Islam’ (2013).

While explaining the many challenges confronting Muslim societies with clinical accuracy and academic objectivity, he has also sought to point out that much of the violence that we see emanating from the Middle East and other parts of the Islamic world is an inevitable consequence of the violence directed against the Muslim world.

He may not be the first scholar to argue that Muslims are the chief victims of terrorism but he has certainly been one of the most persuasive proponents of the argument. A case in point is the shameful massacre of 85 people, at least 60 of them lawyers, this month at the Quetta hospital in Pakistan.

In an opinion piece this week, Prof Ahmed tackled the unenviable experience of being a Muslim in the US and the West in these extraordinary times.

As if the antics of ISIS and assorted extremists were not enough, we have someone in the White House race mainstreaming hate and intolerance like never before. “Leading presidential candidates, like Donald Trump, have convulsed with conniptions at the mere mention of Islam. They promised to ban Muslim entry into the US, deport Muslims and even talked of interning Muslims in camps”, says Dr Ahmed

It’s hardly a coincidence that the rise of Trump and his toxic rhetoric, equating Islam with terror has seen an alarming spurt in attacks on Muslims. The shocking killing of a New York mosque imam and his associate in broad daylight this week may just be the beginning and a sign of shape of thing to come.

Muslims are being forced off planes for crimes such as ‘sweating’ and saying ‘Allah’ – and sometimes for no reason at all. Being a believer seems to be reason enough. And it’s not difficult to imagine how challenging becomes the role of those working for peace, dialogue and understanding between Islam and the West in these divisive times.

Unlike the likes of Samuel Huntington and Bernard Lewis, scholars like Dr Ahmad continue to believe that a better, more peaceful world is possible and that a conflict between Islam and Christian West is avoidable. Interestingly, contrary to the predominant popular perception in the West, he is convinced that Muslims around the world do not hate the West and are indeed looking ‘intensely’ at the US, expecting it to offer global leadership.

While acknowledging the tradition of bellicosity in the big land of the free, from Bush to Trump, the erudite don talks of “another America inspired by the vision of the founding fathers” and which is “balanced, respectful, literate and welcoming.”

Someone who has spent a lifetime analysing Muslim societies and the equation between Islam and a changing world offers an interesting theory on the emergence of characters like Trump at the centre-stage of US politics and elsewhere in the West.

Just as commentators talk about the battle for the ‘oul of Islam’, Americans need to understand that a similar if different battle is being fought for the “soul of Western modernity,” suggests the scholar, imploring the Americans to work to bring not only their nation together, but the world: “Those American leaders who are spreading hatred and prejudice need to understand the wounds they are ultimately inflicting on their own society. I believe each one of us has a duty to reach out and build bridges.”

And that is what he has been doing all his life. When he is not writing books like Living Islam, which created quite a sensation when it came out in the last decade of the last century during my university years, Dr Ahmed has been undertaking what I would call ‘hearts-and-minds’ missions and initiatives like Journey Into America and Journey into Europe with his team of students and researchers and even family members including his daughter Dr Amineh A Hoti.

Close on the heels of his critically acclaimed ‘Journey into Islam: The Crisis of Globalization’ (Brookings, 2007), Ahmed and his team travelled for a year through more than 75 cities across the US – from New York City to Salt Lake City; from Las Vegas to Miami; from the large Muslim enclave in Dearborn, Michigan, to predominantly white towns like Arab, Alabama. The result was the milestone called ‘Journey into America: The Challenge of Islam’.

They visited homes, schools, and over one hundred mosques to see first-hand how Muslims live, think and work every day in America and have enriched and contributed to the American dream. The most comprehensive study ever done on the eight million-strong US Muslim community, ‘Journey into America’ seeks to place the Muslim experience in the US within the larger context of the American identity.

This was followed up by a similar ambitious study aimed at the continent that has in the past few years attracted extraordinary numbers of Muslim refugees from across the Middle East and around the world.

The Journey into Europe mission had been undertaken at the height of the continent’s so-called refugee crisis and as far as I know is far from concluded. Dr Ahmed and his team explored the length and breadth of the continent as part of the project to examine the place of Islam and Muslims in European history and civilisation.

Along the way, we hear from some of Europe’s most prominent figures – presidents and prime ministers, archbishops, chief rabbis, grand muftis, heads of right-wing parties, and everyday people from a variety of backgrounds. Incredibly insightful and fascinating as always, the study deals with themes of migration, faith, identity and acceptance and are critically relevant to our world today.

It goes without saying all this is aimed at what the don calls ‘building bridges in an uncomfortable time’ between the followers of two great Abrahamic faiths who form nearly half of the world.

And given the yawning gulf that currently exists between them, this is nothing short of a Herculean task. A true jihad, if you will – the great jihad that all of us need to fight. This may be why the Prophet (pbuh) said, as often quoted by Prof Ahmed in his lectures, that “the ink of the scholar is more sacred than the blood of the martyr”.