By Abderrahmane Amor and Nazmus Sakib

Executions, extrajudicial killings and the murders of former democratically-elected presidents overthrown by military coup d’états are a common phenomenon in the Muslim-majority world.

In their pursuit of the application of a fusion of spiritual and secular law, as well as a will to achieve true independence from the remnants of physical and intellectual imperialism, Muslim Democrats have faced eerily similar fates. Mohammad Mosaddegh, Adnan Menderes and Mohamed Morsi serve as uniquely similar case studies of the destiny of those who advocate a democratic – yet foundationally Muslim – identity for their people in the Muslim-majority world. 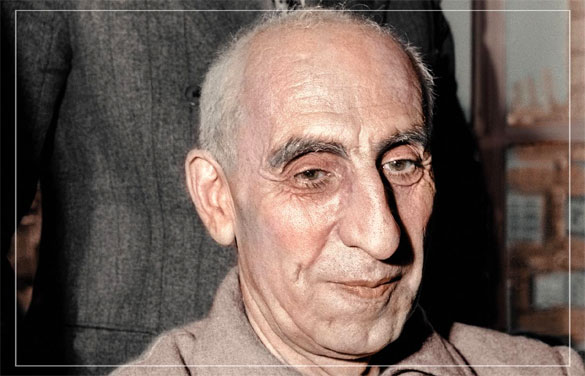 Mohammad Mosaddegh, was the head of a democratically elected government, holding office as the Prime Minister of Iran from 1951 until 1953

Mohammad Mosaddegh was elected as the prime minister of Iran in 1951. With the nearly unanimous support of parliament, Mosaddegh’s government voted to nationalise Iran’s oil fields previously owned by British companies. This move sparked a diplomatic row with the UK and the shah of Iran.

Built by the Anglo-Iranian Oil Company – later British Petroleum – on the basis of a lease obtained in 1909, Abadan Oil Refinery in Abadan, Iran, was one of the world’s largest oil refineries. Reacting to Mosaddegh’s attempt to nationalise oil fields, Britain initially mobilised military forces to seize control of the Abadan oil refinery, only to reverse the decision and employ Iranian agents working for the UK to undermine Mosaddegh’s government. What followed, was a collaborative covert operation by the Central Intelligence Agency (CIA) and the shah’s forces that overthrew the Mosaddegh government in 1953; the CIA would only acknowledge its role in the coup 63 years later. Mosaddegh would be sentenced to three years’ solitary confinement in a military prison, and kept under house arrest for more than a decade. Like the prisoners of conscience before and after him, his death can be reasonably attributed to physical and mental anguish.

The modern Iranian conscience does not forget Mosaddegh’s fate. Rather, it acts with full knowledge of a history plagued by Western intervention that aimed to stifle the democratic will. This democratic will had attempted to end the practice of extractive colonisation, while merging traditional values and secular democratic ideals. Western intervention in the 1950s would awaken a conscience that would result in the Islamic Revolution of 1979. Ultimately, Mosaddegh’s toppling – like the toppling of other democratically elected leaders – resulted in the polar opposite of its original intent of stifling the people’s will. 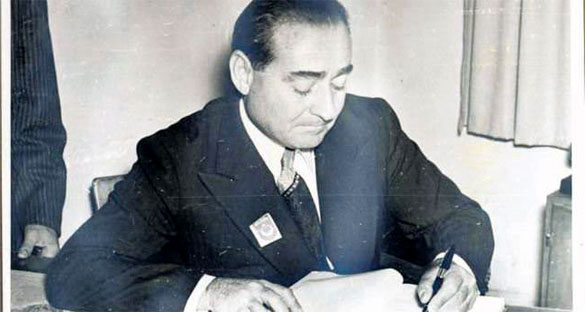 Turkey: The Execution of Menderes

Following the Republican People’s Party’s 27 year-long rule after the establishment of the republic, Adnan Menderes became the first democratically-elected prime minister of Turkey. Menderes was a democrat – and a secularist by many definitions – who merely introduced a newfound tolerance of traditional Muslim ways of life. His platform in the 1950 elections included legalising the long-outlawed Arabic Islamic call to prayer (adhan), which had been banned since the abolishment of the caliphate in 1923. In one particularly infamous speech, Menderes exclaimed that members of parliament have the democratic right to choose what form of government they preferred, even if that meant a majority in favour of reinstating a polity modelled after the caliphate.

A military coup d’état on 27 May, 1960, led to the overthrow of the elected government and Menderes’ arrest. Menderes and other leading figures of the Democrat Party were put on trial by a military court, where Menderes was sentenced to death and was executed at the gallows within a year. But Menderes’ execution produced a generation of Turks who perceived his killing as a stain of “original sin” on the republic, a sin that cannot be undone nor replicated. Current Turkish President Erdogan, then an adolescent, was one of those witnesses who recalled watching his father – a humble mariner from the Black Sea region – weep when Menderes was sentenced to death. He states that the sadness of the moment served as a catalyst for his political career. 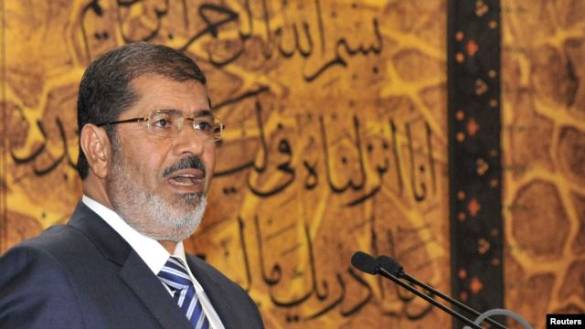 Morsi had been in jail since he was toppled by the military in 2013 after mass protests against his rule [File: Mark Wilson/Reuters]

The news of the death of Egypt’s first and only democratically-elected president Dr Mohamed Morsi – just over a year ago – was a shocking yet “entirely predictable” turn of events. Numerous major human rights organisations had pleaded for the immediate medical care Morsi was in dire need of throughout his six years in state prisons. A former warden at the infamous “Scorpion” prison wing in Cairo, Egypt, said it had been designed: “So that those who go in don’t come out again – unless dead.” Morsi, a diabetic who also suffered from high blood pressure, was held in solitary confinement for 23 hours a day for the majority of six years. His family was allowed a total of three visits throughout those six years, while all demands for proper medical attention were denied. Even as Morsi collapsed in court, reportedly suffering a heart attack that eventually led to his death, fellow prisoners who were doctors by training were prevented from rushing to his aid.

Erdogan, the United Nations and various human rights groups have called for an independent investigation into this death, with a plethora of claims of premeditated murder. Following his death, new revelations showed that just days before, Egyptian officials threatened Morsi with “consequences” if he did not agree to a public disbanding of his political party and its movement. Against his family’s wishes, Morsi’s body was hastily buried in a cemetery of the government’s choosing, within only a few hours of his death. A strict and ironic censorship of the details of his death, followed by an official rejection of a public funeral, raised many questions. In his piece shortly after Morsi’s death, David Hearst argued that current Egyptian President Abdel Fattah Al-Sisi had ample opportunity to do away with Morsi in a more private fashion, but that if he wanted to convince the domestic and international audience that Morsi had died of natural causes, the execution would have to be done in public. This explains his collapse in a public court, rather than in a private dungeon.

The plights of these three influential figures are eerily similar, and so, too, were their visions to represent the genuine, legitimate and grassroots demands of their own people. These demands were denied by illegitimate and illegal juntas who forcibly deposed these democratically-elected leaders. Eventually, directly or indirectly, these figures were killed while imprisoned. In their quest to achieve national and cultural independence, their lives were lost.

One cannot help but draw parallels specifically between the plight of Menderes in 1960, and the plight of Morsi in the 21st century. Just as Erdogan recalls his father’s weeping at the news of Menderes’ execution, many Egyptian adolescents today who are witness to the death of Morsi will become leaders of the future, true to the struggle against physical and intellectual imperialism, and driven by the memory of oppression against the democratic will.

The views expressed in this article belong to the author and do not necessarily reflect the editorial policy of New Age Islam.