The Victimhood Mindset of Indian Muslims: Is It Axiomatic That the Idea of Victimhood Demands A Victimiser?

By A Faizur Rahman

The first thing that hits the reader in the article Indian Muslims must rewrite their victim mindset to be indispensable in India’s rise by Najmul Hoda that was published in The Print on August 17, 2020, is its unrelenting censure of "ordinary Muslims in the sub-continent" for having made victimhood their "favourite dope" to get over the melancholic depression caused by the historical disasters they endured. 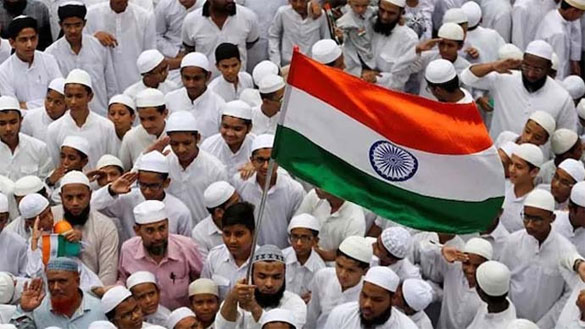 There is a ruthless denial of the reality that in the recent past Muslims in India have been demonised, abused, suspected and some even lynched with impunity. (Photo: Reuters)

This dopy victimhood emerged, says the author, from what he rather flamboyantly calls "power theology" (Islamist politics) which is so deeply entrenched in the Muslim psyche that even an event as momentous as the Independence of India did not invigorate them to overcome their persecutory delusions. Therefore, if Muslims really want to redeem their indispensability to the nation, they must stop thinking of politics in terms of religion and weave and inhabit another narrative — a secular one which includes India's rise. That pretty much sums up the author's unwarranted problematisation of Muslim victimhood and his simplistic remedy.

The rest of the article lacks argumentative cohesiveness and evidentiary substantiation to be even considered for a critical review. The author vaults, with amazing swiftness, from one irrelevant issue to another. He quotes historians, talks about the huge population of Muslims, their caste system, aversion to reform, the preponderance of mosques, madrasas and maulvis in post-Independent India, the Islamist concepts of Darul Harb and Darul Islam, and poet Iqbal's de-contextualised lament for Islam's lack of freedom in India. But he fails miserably to establish a meaningful concatenation between these overdramatised facts and "Muslim victimhood."

It is axiomatic that the idea of victimhood demands a victimiser. This means that it is not possible for an entire community to feign victimhood without identifying its victimisers. Yet this word is totally absent from the article's disjointed narrative, thus proving not only its blatant one-sidedness but its ruthless denial of the reality that in the recent past Muslims in India have been demonised, abused, suspected and some even lynched with impunity.

A case in point is the merciless killing of Pehlu Khan, a poor dairy farmer from Haryana who was bludgeoned to death by a mob of about 200 cow vigilantes in April 2017 while legally transporting cows for his farm. On what basis can anyone dismiss as unwarranted (or fake) the victimhood, trepidation and helplessness of Khan's family?

Indeed, institutional recognition of the victimhood of such Muslims who have been psychologically affected by the fate of victims like Pehlu Khan came when the Supreme Court condemned "horrendous acts of mobocracy" and asked Parliament to enact an anti-lynching law against cow vigilantism and lynch mobs.

And a few days ago in a landmark ruling the Aurangabad bench of the Bombay High Court called out the scapegoating of some Tablighi Jamat members and observed that it was an “indirect warning to Indian Muslims.”

Obviously, the court was aware that hate-incidents against Muslims saw a sharp rise after it came to light that several participants in the Tablighi Jamaat's Delhi conference held in March this year had tested positive for Covid-19. News portals carried horrifying accounts of how Muslims were mercilessly assaulted on suspicion of intentionally spreading the coronavirus. The brutalities included the display of posters banning the entry of Muslims into towns and villages and the circulation of anti-Muslim videos.

One of the most brazen expressions of hate came encapsulated in a video which showed Aarti Lalchandani, the principal of GSVM Medical College in Kanpur allegedly calling the Tablighis "terrorists" who deserve to be “locked up in dungeons” rather than treated in hospitals. How can all this be brushed under the carpet of "morbid melancholia" and Muslims be asked to rewrite their victim mindset to stay relevant in India?

Also Read:   The Left-Liberals, Muslim Leadership and the State, Sadly: A Reply to Harsh Mander and Ramchandra Guha

Truth be told, the distrust of Muslims goes back a long way to pre-Partition days when the Pan-Islamic politics surrounding the Khilafat Movement was imputed to the entire community and it was charged with harbouring extra-territorial loyalties. Historian Neeti Nair's Changing Homelands provides deep insights into this grim reality. It recounts how during a unity conference in 1925 Lala Lajpat Rai felt that Muslim assertions about their love for India and their “readiness to resist foreign invasions” were so hemmed in by “ifs” and “buts” that they left an “atmosphere of distrust in many Hindu minds.”

Rai's antagonistic attitude may have been the result of his close association with Arya Samaj which had already come into conflict with the Muslims in the late 1800s when it tried, as Nehru put it in The Discovery of India, "to become a defender of everything Hindu, against what it considered as the encroachments of other faiths."

According to historian N Gerald Barrier, Arya Samaj's systematic attack on Islam amplified Hindu-Muslim rivalry and produced a regularised pattern of conflict. In an article in the May 1968 issue of the Journal of Asian Studies, Barrier mentions fifteen major riots between 1883 and 1891 over 'kine-slaughter', 'kine' being another word for cow. 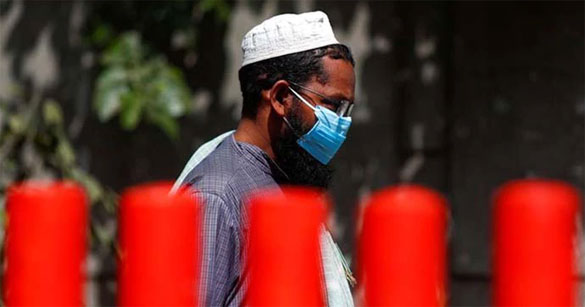 Hate-incidents against Muslims saw a sharp rise after it came to light that several participants in the Tablighi Jamaat's Delhi conference held in March this year had tested positive for Covid-19. (Photo: Reuters)

Nair writes that as early as 1901, Lajpat Rai had warned the Congress that it was “futile to attempt a chimerical and premature union of the various religious nationalities” in India and lamented that the Congress had diluted its resolutions on orphan relief and the shuddhi movement because of the presence of Muslims and Christians, and that “Hindu interests… have been sacrificed for a false ideal of nationality.” Muslims have also been made to distrust the Hindus by religious supremacists within their community who have for centuries unIslamically otherised them as "Kafirs".

But the historical Muslimophobia, as the citations suggest, has more to do with the political insecurities of Hindus than any fear of the Muslim religion except perhaps in the case of the Arya Samaj whose raison d'être was to protect Vedic Hinduism from not just the "alien" faiths of Islam and Christianity but also the idolatrous beliefs within Hinduism. At the same time, distorted historical accounts added to the problem by portraying Muslims as products of Islamic intrusions into India.

In India's Islamic Traditions, 711-1750 renowned historian Richard M Eaton writes that modern textbooks routinely characterise the advent of Persianised Turks in India as a 'Muslim conquest', and the entire period from the 13th to the 18th century as India's 'Muslim Era'. "That is to say, the agent of conquest is not a people as defined by their ethnic heritage or place of origin, but rather, a religion, the Islamic religion", he laments.

In comparison, even when the 16th century Spaniards justified their conquest of Mexico in religious terms modern texts never speak of a 'Christian conquest' of America, nor is the post-1492 period ever called America's "Christian Era." It is always the 'Spanish conquest' of Central and South America and 'European settlement' in North America.

Eaton blames medieval Indo-Persian chroniclers for promoting the notion of 'Islamic conquest' of India and identifying Islam with the fortunes of their royal patrons. However, Sanskrit sources claim that from the 8th to 14th centuries, Rajput, Brahman and other contemporary Indian elites referred to the invaders not by their religion but by their linguistic identity — most typically as Turks or Turuska. "These findings,” says Eaton, "permit dramatically new ways of conceptualising the character of cultural encounters at the dawn of the appearance of Muslims in north India."

The challenge for those genuinely interested in India's rise lies in correcting the skewed annals of Muslims in South Asian historiography and de-linking religion from their imperial past. They must also be part of efforts to mitigate the mutual distrust between Hindus and Muslims by legally neutralising the purveyors of hate who polarise society for their narrow ends through the fabrication and spread of fake news. Advising any one community to rewrite its victim mindset will only deepen the misgivings.

A Faizur Rahman is an independent researcher and Secretary General of Islamic Forum for the Promotion of Moderate Thought.

The Left-Liberals, Muslim Leadership and the State, Sadly: A Reply to Harsh Mander and Ramchandra Guha

Original Headline: Are Indian Muslims victims of their "victim mindset"?