Liberalism and Pluralism 101 for Isma

David Dass: How can liberalism be a threat to Merdeka? Merdeka does not belong only to Muslims. It belongs to all Malaysians. Why don't these guys get it?

So we are a plural society. We are both liberal and plural, whether Isma likes it or not. 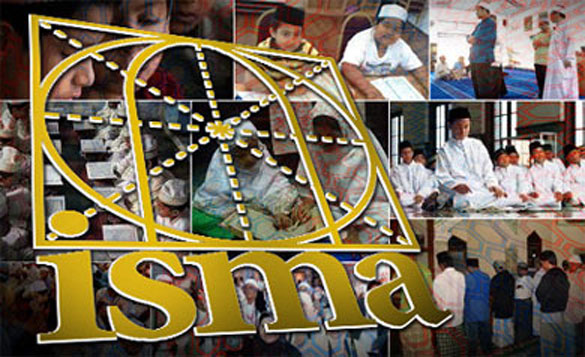 YOURSAY ‘Isma, neither liberalism nor pluralism, is the real threat to the nation.’

We have a constitution. Non-Muslims have no obligation to accept the Islamic system of law or government. This does not mean that we do not respect Islam.

The constitution balances the rights of the state with our rights as individuals. The state is responsible for law and order so we accept reasonable constraints on our freedom. All must accept these constraints.

We are not a feudal state nor are we a theocratic state. We are a democracy. We are a constitutional monarchy. All our rights and obligations are set out in our constitution. The Penal Code sets out our criminal law. And that suits us fine. We do not need hudud.

I am not sure what the problem is with liberalism. It does not mean the licence to do anything, however bizarre. It means the freedom to do anything that is permitted by laws made by Parliament.

Casey: Isma central committee member Mohd Hazizi Abd Rahman, let us for a moment fantasise that Isma can decide the faith of Malaysia as a nation. What would you like Malaysia to become in the medium- to long-term?

Would you rather see to it that Malaysia becomes Libya, Syria, Iraq or more akin to the liberal democracies around the world like the states of the European Union, Norway, Iceland or Switzerland?

James1067: Slavery was abolished hundreds of years ago. Even the Creator created humans with free will to think, decide and act according to their best of knowledge.

Yet, today, we have people who want to revive slavery. They want to control how humans should talk, act and dress. These people intend to take the nation thousands of years backward by using the good name of God.

TehTarik: Definition of pluralism - the belief that people of different social classes, religions, races, etc, should live together in a society.

And liberalism is "tolerance of others, an attempt to comprehend otherness, a commitment to the rule of law, a high ideal of the worth and dignity of man, repugnance for authoritarianism and a love of freedom".

Like Isis (Islamic State in Iraq and Syria), Isma condemns pluralism and liberalism. Isma is preaching fascism and totalitarianism. Basically, Hazizi is stating that: "If you do not follow my ideology, then you bugger off. You have no place in this country."

Fascism killed millions in Hitler's Germany and Mussolini's Italy. Islam-fascism (Isma's ideology) is responsible for the murders and rape of thousands of Shiites, Christians and Yazidis in Syria and Iraq.

On the contrary, millions of Muslims are trying to flee Islamo-fascist countries and migrate to countries that practice pluralism and liberalism (such as Europe, United States, Canada and United Kingdom).

Peacemaker: When I last checked, Mohd Hazizi does not have even one iota of evidence to show that my young Malay friends are afflicted with liberalist ideas.

Most of them are an honest, down-to-earth bunch of girls who'd join me for our regular Teh Tarik and Roti Canai session to enjoy a good time of laughs and story telling.

Hplooi: In my opinion, groups like Isma that preach an exceptionalists form of nationalism are a danger both to Malaysia, and in the longer term, regional stability.

Their brand of exceptionalism teaches a narrow worldview that is intolerant of, and criminalises, alternative views. Even Muslims will be targeted and forced to submit to a 'standardised' ideology.

This reminds us of the 'grey uniformity' which came to be the norm in communist (Maoism or Stalinism) economies.

Hazizi forgets that the golden age of the Muslim world (or any other civilisation) occurred when the greatest toleration to other beliefs were encouraged.

Mohammed ibn-Musa al-Khwarizmi would likely not survive in his kind of Islamic society.

However the greatest danger from this group is the narrow xenophobia that serves to desensitise Muslims to so-called prejudices and injustice in the world. This will be but a short step to a growing army of Muslims who subscribe to the jihadist ideology and extreme xenophobia of Isis.

During the height of the Cold War, the Americans nurtured the Taliban as proxy fighters to the Soviets in Afghanistan.

In the late 1990s, the Zionists 'tolerated' (the exact words used by Shin Bet) Hamas as a counterweight to the (now in retrospect) much more tolerant (but already then corrupt) Palestine Liberation Organisation of (the late) Yasser Arafat. Extreme blowback is the result.

Unfortunately, our government does not seem to study history. Their nurturing of extreme groups promoting race-religion xenophobia (Isma, Perkasa, etc) for narrow short-term political gains will be highly damaging to our next generation.

This is exactly the route that Pakistan descended into, from a modern secular democratic country with socialist and nationalist aspirations during independence to a theocratic country where tolerance is wafer thin.

Already in Malaysia, the average Muslim reaction to, what we would have considered as non-issue 20 years ago, are now worthy of mass amok, for example, the chocolate episode. Whither Malaysia?

Anon1: If groups like Isma and the rest are not monitored and if need be, quashed, by the authorities, they will gain traction and evolve to become like Isis and similar right-wing groups.

Issues concerning national policies and Islam are to be dealt with by the government of the day and ought not be propagated or directed by NGOs or unelected individuals.

If this situation is left unchecked, the powers of government will erode to a point that these groups will challenge the basis of democracy and the right to live in peace.

Even if they are initially backed by the government, these groups can outgrow their original purpose and hit back at their creators.

Dood: I don't know about you, but what I'm interpreting here is that Isma is insulting Islam by saying the religion does not care about equality, human rights and progressive thinking.

Moreover, it seems like Isma is following some kind of deviant teaching that perverts the true teachings of Islam to further its own bigoted agenda.

Swipenter: Isma, neither liberalism nor pluralism, is the real threat to the security and well-being of Bolehland. These Islamic extremists only believe that they are right exclusively and everybody is to be blamed, except them.

The above is a selection of comments posted by Malaysiakini subscribers. Only paying subscribers can post comments. Over the past one year, Malaysiakinians have posted over 100,000 comments. Join the Malaysiakini community and help set the news agenda.