Hagia Sophia has been one of the most enduring symbols of eastern Christendom since it was built in the sixth century. The Ottomans took Constantinople in 1453 and converted Hagia Sophia into a mosque. The triumph of Islam over Christianity was complete with a new name for the city, Istanbul. Hagia Sophia remained a mosque till 1935 when it was declared a museum under the secularising zeal of Mustafa Kemal. The museum has now given way to a mosque under a judicial decree backed by the popular demand of Turkish people. To be sure, this time, it has not been converted into a mosque by an executive decision. Rather, it is the decision of the Court which revisited the state decree of 1935 and made it null and void. Erdogan can now legitimately argue that his government was bound by the decision of the Court and that he was only following the ‘rule of law’. The only real comparison of such judicial rescue of the executive is the Indian case where the land of a centuries old mosque was given for constructing a temple. 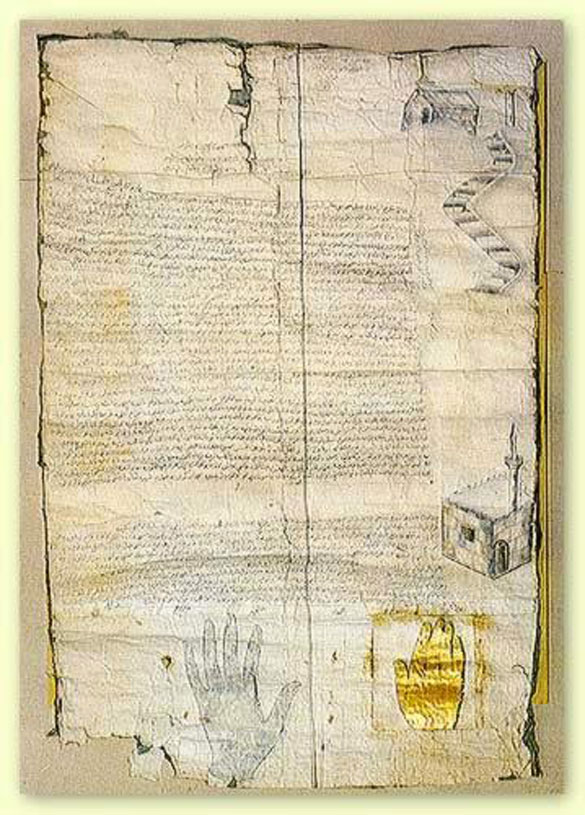 The Covenant of Prophet Muhammad with the Monks of Mount Sinai, also called the Ashtiname of Muhammad.  A copy of this document is kept at the Saint Catherine's Monastery.

In most of such cases, judicial decisions are in fact political in nature. There was a growing campaign in Turkey to convert the museum into a mosque, with repeated polls showing overwhelming support for such a move. Erdogan, the Turkish president, heads a party, one of whose important aims is to re-Islamize Turkish society. Hagia Sophia had become a symbol of this desire and the ruling party had cultivated this sentiment amongst the people for long. Any argument against the move meant going against the popular mood of the people. It is no surprise that the main opposition parties did nothing to mobilise a counter opinion. 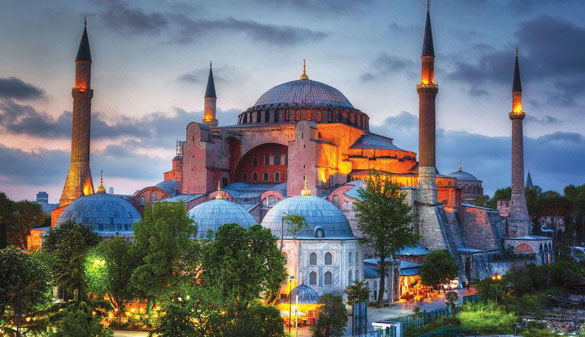 In all probability, this move will further boost the popularity of Erdogan within Turkey, but internationally, Muslims will face renewed questioning over the nature of their faith. One of the first to be questioned will be Muslim minorities throughout the world. In Europe and in parts of Asia, Muslims have been petitioning various governments for securing their religious rights. What Turkey has done will make their situation difficult in terms of positioning their argument. Recently, Muslims were elated when they heard the azan for the first time from mosques across Germany. The three million Turkish minority in Germany will now have tough time to explain this symbolic action to the German people. At a time when Islamophobia is on the rise in Europe and elsewhere, this action will be exploited by far-right parties to further stigmatise Muslims. 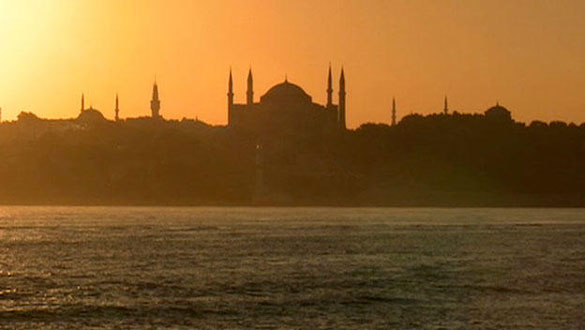 Christians who follow the Eastern Orthodox Church will be most hurt by this decision. For centuries, the Hagia Sophia has been the symbol of their devotion and pride. It is important to realise that there are Christian minorities living in different parts of the Middle-East. With the rise of radical Islam, there position has become precarious. Hundreds of them have already been killed, many dispossessed of their homes. At a time when they need re-assurance regarding their safety and security, this move by Turkish government will have the opposite impact of making their position all the more vulnerable.

The USA and Russia, along with other countries have already denounced the move and have asked Turkey to learn from the shared values of Islam and Christianity. However, it is time that their hypocrisy is called out. If they really believed in the philosophy of shared values, then Spain should ideally allow prayers in the mosque of Cordoba which is now a Cathedral. And Greece should apologise to the Muslim world for demolishing mosques built by the Ottomans. More importantly, recognising Jerusalem as the capital of Israel, which much of the western world did recently, is hardly a strategy rooted in mutual respect and sharing between the two religions. The Christian world seems to remember religious tolerance and pluralism only when their sacred monuments come under threat.

The real impact of this move will be felt by Muslims themselves. Due to a number of reasons, Islam has earned a bad name through its association with terrorism, intolerance and anti-pluralistic theology. What signal is Erdogan sending to jihadis and other radicals who want to convert and control the whole world? Today, they must be the most vocal supporters of Erdogan. This highly symbolic move reeks of Islamist supremacy which Muslims, especially those who are in minority, will find hard to justify. Erdogan might argue that the issue is one of Turkish sovereignty, but even he knows fully well that its reverberations will be felt beyond national boundaries.

Erdogan had a choice to let Hagia Sophia be as it is, a museum of international importance which was accessible to members of all religious faith. Or, the same space could have been used for both Islamic and Christian practices with some creative solutions. After all, Muslims also have strong claim to the site since they have prayed there for almost five hundred years and their religious sentiment should also be taken into consideration. Many would say that this is utopic, but then if both religions pray to the same God, then why is it that they cannot share the same ritual space?

In the early years of Islam, caliph Umar refused to pray at the Christian site of Holy Sepulchre after the bloodless conquest of Jerusalem, stating that it might become a precedent for later Muslims to convert Churches into mosques. A few centuries later, the Ayyubids would build a mosque where Umar had prayed, just a short distance from Christianity’s holiest church, thus making the fears of the caliph almost prophetic. Even earlier, the prophet of Islam had granted safety and security to monks of Mount Sinai, stating in no uncertain terms that the holy places of Christians must be protected. Muhammad’s Testament of assurance is still preserved within the four walls of Saint Catherine’s monastery. Erdogan could have looked to these traditions within Islam and made tolerance and co-existence the present credo of Islam. In choosing the obverse, he has made the claims of Islamic pluralism sound hollow.