Islam and Non- Muslims – Favours of Allah Are for All

Muslims Who Believe In Allah The Most Gracious, Prophet Muhammad Pbuh And All That He Has Sent Can Never Discriminate And Divide His Creation Between Us And Them.

1.    The Creator of the universe does not distinguish or discriminate between His creations.

2.    His mercy, kindness, compassion and forgiveness are for all who raise their hands in supplication.

3.    He is Rab ul Alameen, therefore, there is no question of any divine discrimination.

4.    Hindus, Muslims, Christians, Jews and others are forced-fed the magical mantra of ‘Us and Them’ to divide and rule.

5.    Human beings need to learn their religion’s basic essence and rule out the evil lessons of division among the people. 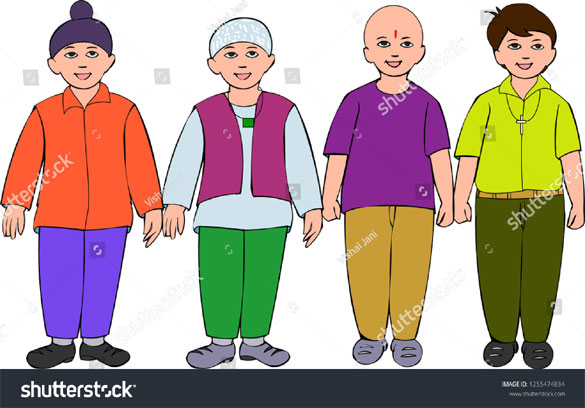 Allah Is God of the Worlds

The Creator of the universe does not distinguish or discriminate between His creations. His mercy, kindness, compassion and forgiveness are for all who raise their hands in supplication. Allah says in the Holy Quran:

We verily created man and We know what his soul whispereth to him, and We are nearer to him than his jugular vein. (Qaf: 16) — Pickthall

And your Lord says: Call upon Me, I will respond to you; (Al-Mu'min: 60) - Sahih International

Allah: There is no god but He, the Living, the All-Sustaining. Neither dozing overtakes Him nor sleep. To Him belongs all that is in the heavens and all that is on the earth. Who can intercede with Him without His permission? He knows what is before them and what is behind them; while they encompass nothing of His knowledge, except what He wills. His Kursi (Chair) extends to the Heavens and to the Earth, and it does not weary Him to look after them. He is the All-High, the Supreme. (Al-Baqarah: 255) — Mufti Taqi Usmani

It is a clear indication, therefore, that He listens to His creations whenever they call Him. He is Rab ul Alameen (رَبَّ الْعَالَمِيْن God of all the worlds), therefore, there is no question of any divine discrimination. Muslims who discriminate between Us and Them are in grave danger of divine punishment.

No religion is specific for a particular region or a particular community. All religions are supposed to be having a universal approach. The religions do not demarcate themselves with specific teachings and doctrines for a specific time or race. Religious essence is inclusive of all the positivities that create a humane ethos in human beings. It is we the human beings that have divided religions in different forms with different names and religious cultural ethos.

Numerous religious exegesis, spiritual leaders and religious activists have written voluminous books and lengthy papers on the religious teachings of peace and tranquillity of all the religions. They have in innumerable ways exhibited the similarities of the religions accrediting humanity to be the basic tenet. Interfaith Harmony and peace are being taught in universities all over the world. Activists and organisations working on the religious dispensations have been campaigning in the world advocating the oneness of religions basics but it has fallen on deaf ears. People are hell-bent on dividing human beings into religious lines. Hindus, Muslims, Christians, Jews and others are forced-fed the magical mantra of ‘Us and Them’ to divide and rule. Human beings need to learn their religion’s basic essence and rule out the evil lessons of division among the people.

Evil powers, around the world, have become so powerful that they have acquired their ownership of everything humane and divine. There are innumerable reasons, like greediness of power and wealth and jealousy of mind and heart behind this turnaround in human behaviour towards their fellow human beings. Religious hatred and the fight for religious superiority are behind all these human beings’ divine downfall. Convergence of power to certain nations, communities and people played the biggest spoiler of humane ethics and humane ethos of the humane society. The world got divided between the poor and the rich.

For financial equality in the world, Islam commanded to offer Zakat Fitrah and charity to all who can afford it. But this did not happen and the poor got poorer and the rich got richer. There are many verses in the Holy Quran through which Allah the Exalted commands people to pay Zakat and Fitrah and do charity for bringing financial equality in the society. And there is no such guidance that only Muslims have to get the benefit of the Zakat Fitrah and charity given by Muslims. This amount or any such article is meant for the poor of the society, irrespective of their religious faith and belief.  Allah the Exalted says in the Holy Quran:

Have you not seen those to whom it was said, “Hold your hands (from fighting) and be steadfast in Salah and pay Zakah... (An-Nisa: 77) - — Mufti Taqi Usmani

And they who give what they give while their hearts are fearful because they will be returning to their Lord (Al-Muminoon: 60) - Sahih International

Establish worship and pay the poor-due and obey the messenger, that haply ye may find mercy. (An-Nur: 56)— Pickthall

Social Equality for All

The Holy Quran never talks of Muslim specific society. Allah, the Exalted has commanded Muslims to protect the social rights of all, irrespective of their religious belief, to bring equality in society. Allah, the Most Gracious and Exalted says in the Quran:

We have honoured the children of Adam and carried them by land and sea; We have provided good sustenance for them and favoured them specially above many of those We have created. (Al-Isra: 70) — Abdul Haleem

O you who believe, be upholders of justice - witnesses for Allah, even though against (the interest of) your selves or the parents, and the kinsmen. One may be rich or poor, Allah is better caretaker of both. So do not follow desires, (An-Nisa: 135) — Mufti Taqi Usmani

The above-mentioned verses strictly adhere to the rule of social equality for all. On the chair of justice, one is commanded not to take favour of himself or his parents or anyone but be just to one and all. There is no question of Us and Them in any sphere of worldly life in the divine commandments of Allah the Most Kind.

Followers of Abrahamic religions identity stands with the universal message of Love compassion and brotherhood. They cannot deny the fact that is mentioned in their religious teachings that all human beings are brothers and sisters divided into nations to test their piety and faith in the oneness of Allah. Allah the All-Knower, the Most Gracious says in the Holy Quran, O mankind, We have created you from a male and a female, and made you into races and tribes, so that you may identify one another.  (Al-Hujurat: 13) — Mufti Taqi Usmani

Islam does not discriminate between nations, communities and people. Its teachings are for all. Allah’s graciousness and kindness are for all, irrespective of any religion, colour or race.

O you who have believed, be persistently standing firm for Allah, witnesses in justice, and do not let the hatred of a people prevent you from being just. Be just; that is nearer to righteousness. (Al-Ma’idah: 8) - Sahih International

Indeed, those who have believed [in Prophet Muhammad] and those [before Him] who were Jews or Sabeans or Christians – those [among them] who believed in Allah and the Last Day and did righteousness – no fear will there be concerning them, nor will they grieve. (Al-Ma’idah: 69) -Sahih International

“You would soon conquer Egypt and that is a land which is known (as the land of al-qirat). So when you conquer it, treat its inhabitants well. For there lies upon you the responsibility because of blood-tie or relationship of marriage (with them).” (Sahih Muslim Book 31, Hadith 6174)

"Whoever killed a Mu'ahid (a person who is granted the pledge of protection by the Muslims) shall not smell the fragrance of Paradise though its fragrance can be smelt at a distance of forty years (of travelling).” (Sahih Bukhari Vol. 9, Book 83, Hadith 49)

"The protection granted by Muslims is one and must be respected by the humblest of them. And he who broke the covenant made by a Muslim, there is a curse of Allah, of His angels, and the whole people upon him, and neither an obligatory act nor a supererogatory act would be accepted from him as recompense on the Day of Resurrection." (Sahih Muslim, Book 7, Hadith 3167)

Those who believe in Allah the Most Gracious, Prophet Muhammad Pbuh and all that He has sent can never discriminate and divide His creation between Us and Them.

And Allah Knows the Best