In the Face of Oppression - Iranian Women Have Demanded Their Rights

Across the past three weeks, dozens of Iranian women of various backgrounds have taken to social media, in their own #MeToo moment, to report their experiences of sexual harassment and assault. The police have announced they have taken action against at least one suspect. Many women hope this will be just the beginning of a broader movement against sexual violence.

Iran's #MeToo moment began in early August, when a group of women journalists recorded a video in which they shared their experiences of being harassed by newsroom colleagues or influential people they had interviewed. Then, other women, mostly with anonymised accounts on Twitter, started sharing their experiences of sexual harassment and rape, including by men in positions of power. In one case, a former journalist, Sara Omatali, tweeted that a well-known artist had sexually assaulted her in the summer of 2006.

This was not the first time that allegations of sexual harassment were raised on social media, but this time there was more momentum with more women willing to share their stories. In a few cases, multiple women named or used the initials of specific alleged attackers, with hundreds more calling for their prosecution.

There are many reasons to be pessimistic about how far calls for accountability could go under current legal restrictions and civil society repression in Iran. But the past few weeks have also been the source of inspiration, refocusing the conversation in public space on one of the most fundamental elements of women's rights - protection against gender-based violence. Reading the social media posts makes many feel that society, and particularly the social media-savvy crowd, is more ready to listen to the narrative of those who have experienced abuse and to press for accountability and change. 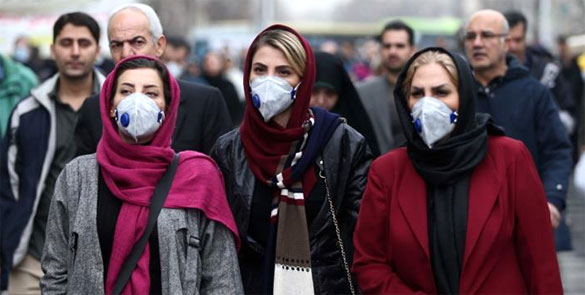 Iranian women wearing protective masks to protect themselves from the coronavirus walk at the Grand Bazaar in Tehran on February 20, 2020 [File: WANA/Nazanin Tabatabaee via Reuters]

On August 25, General Hossein Rahimi, the Tehran police chief, announced that the police had arrested a man with the initials KE who was accused of rape by multiple women on social media, and invited others to file their complaints with the police, promising to respect their privacy. One woman who had accompanied her friend to file a complaint against the suspect with the police wrote on her Instagram that she felt the police had treated them with respect and did not infringe on their private life.

Attempts to hold sexual harassment offenders accountable through the judiciary have proven to be difficult in various legal systems, but in some countries, including Iran, women can face criminal charges for reporting rape. Iran's legal system criminalises consensual sexual relationships outside of marriage, which are punishable by flogging, so a victim risks being prosecuted if the authorities do not believe her. This is especially the case if there is a pre-existing relationship or the authorities construe any form of behaviour leading up to the assault as providing consent.

Moreover, the criminal law explicitly excludes marital rape, and has a limited and problematic definition of rape that includes sexual intercourse outside of marriage between a man and a woman, including adultery or fornication, instead of a broader gender-neutral definition to include other forms of penetration without consent or in coercive circumstances.

In addition, in practice, law enforcement, prosecutors and judges in Iran expect high evidentiary standards to prove coercion, such as bodily harm or attempts to flee. To make matters worse, the mandatory punishment for rape, called "forced zina" under Iranian law, is the death penalty. These legal restrictions, combined with patriarchal social norms, make seeking justice a heavy burden on victims, to the point that many would prefer to not file complaints.

The inadequate legal protections have undoubtedly contributed to a culture of impunity for harassers. But the recent events have shown that more women are willing to defy traditional, political and ideological norms to speak out against sexual assault, naming their attackers and demanding accountability. The alleged attackers identified on social media range from teachers and university professors, to artists, a manager in the start-up industry, and even a sociologist who works on women's rights issues.

It is particularly encouraging to see that, in a society that still criminalises consensual sexual relationships with no marriage and those who choose to engage in them, society is finding its way to push for fundamental human rights. But this change did not happen overnight.

Social media has undoubtedly been a great amplifier and connector, allowing Iranian women to read one another's stories as well as the experiences of women in other countries. But where Iranian women are standing today is also the result of years of work on the ground by Iranian women's rights defenders and ordinary women who have fought to be recognised in society.

August marked the 14th anniversary of Iranian women's rights activists launching the One Million Signature campaign to challenge discriminatory laws. Many of the activists from the campaign experienced persecution. Some left the country during various periods of crackdown on civil society, while continuing repression has made it difficult for women's rights activists to push for reforms.

Yet women have continued to demand change, launching new campaigns against child marriage, harassment in public places, violence against women, and the compulsory wearing of hijab. For instance, after an amendment to Iran's citizenship law in 2019, women who are married to foreign men are now being able to pass their nationality to their children.

In Iran's #MeToo moment, the Iranian authorities have taken an important step by arresting one suspect, but they are facing a much more serious test both in how they are going to handle the judicial process and how they will deal with other, much more powerful, alleged sexual predators. The authorities must ultimately amend the law with a definition of rape that is gender-neutral, includes marital rape and other forms of penetration, as well as other forms of sexual assault, and is not punishable by death.

Women speaking out online show that they are not waiting around for the authorities to give them their rights. In the face of oppression, Iranian women have demanded their rights and continued to push for change in many different and innovative ways.

Original Headline: Iran is having its #MeToo moment