I'm in an Egyptian Prison – Being Stripped and Beaten Is Normal 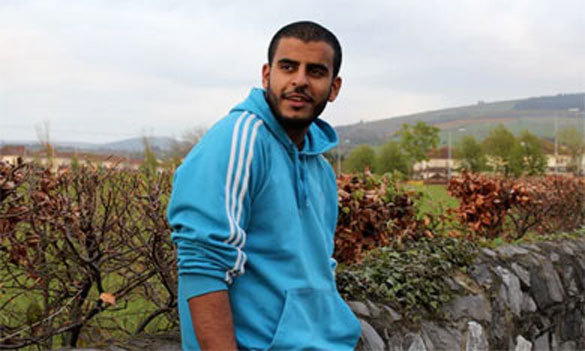 I was arrested when I was caught up in a protest while on holiday in Egypt in 2013. I fear the trial that could end my life, and that I’ll never see Ireland again

There are two types of abuse in prison in Egypt: mental and physical. Verbal abuse doesn’t even count. If I had to choose, I would always choose the physical abuse – anything mental is 100 times worse.

This is a choice that has become familiar since I was arrested while on holiday in Egypt in 2013. My three older sisters and I, all Irish citizens, were caught up in a protest in Cairo. I was 17 at the time, and about to start my final year of school. My sisters were released on bail, but I, along with 493 other people, was charged with attending an illegal protest and have been incarcerated ever since, waiting for a mass trial, and possibly facing the death penalty.

Each time you are transferred to a new prison, there is something called “the party”. They show you who’s boss. In most cases it’s beatings, but in one, we were stripped, told to lie down facing the ground with our arms behind our back, and they started to jump on our backs, from one prisoner to the next.

It’s normal to be cursed, stripped naked, beaten with a bar, or put in solitary confinement or the “tank” (a pitch-black 3.5m x 5.5m cell). They might also torture another prisoner in front of you. Of course you never forget. Ever.

After a prison “inspection”, you might go back to your cell and find things missing. If your family visits and you get something from them that the guards like, you may as well forget it.

Once, coming back from a hearing in my mass trial, I was hit with the back of an AK47 and asked where I was from. The officer put his AK47 to my chest and said: “I wish I could take you out, you fucking Irish. But I can’t.”

During a recent hunger strike, I was left to die. I was out. My fellow prisoners, with whom I share a cell, banged on the door for help – they were told: “When he dies, knock.” That is a really small fraction of what happens and has happened to me.

Why have they abused me? They give two reasons. First, they say they can’t control the prisoners unless they show them who is in charge every now and then. They say the police and army were the ones who sacrificed their lives for Egypt so they should rule it. Nobody is allowed to object.

The capacity of the prison is 2,000. It currently holds more than 6,000 prisoners. Most cells have at least 30 people in them and they are all one size, 3.5m x 5.5m. There is no hygiene whatsoever. The bucket you get food in is the bucket they take the garbage in. It is prisoners who cook: they take a leak and spit in the food for laughs.

My cell door has “extremely dangerous” written on it because of a mix-up of prison papers, so I’m currently isolated. A lack of sun has caused me many skin diseases, weak bones, weak eyes, and constant pain.

I tend to keep good relationships with guards, officers, staff and prisoners. I like to leave a good memory, even with the guards who beat me. Some guards don’t talk, just pose. But I’m very well known – I have moved a lot, both between and within prisons, and I try my best to leave a good impression. When history mentions me I want to be known for all the good memories I left behind.

In my “free” time, I do whatever is in my ability to do. I learn, draw, sing, pray, laugh, cry, make future plans. Thinking is the key to prison. It gives you partial freedom. You think so much you can’t sleep. Most of my thinking is about my family. I have remembered memories that were long forgotten since my childhood (not that I’m so old). Every day I think of what it’s going to be like seeing everyone at the airport. Embarrassing for me if no one turns up …

We have not moved one step forward in the mass trial. The lawyers keep telling the judge that we should be released. He was about to do what the four other past judges did and resign, but homeland security told him no one else will try the case, so he held it for trial of sentence. It is a disgrace to its name – a “fair trial”. It is not a trial whatsoever – it breaks every law. I should be released. I can’t speak to the judge; he can’t ask me any questions. I can’t speak to my lawyer; my lawyer can’t speak to me. My family are constantly refused entry to the court. I totally object to it. I never think of getting out and taking revenge – I think of leaving and searching for help, of helping others.

Ireland – I miss everything about Ireland. Home, family, friends, the people, school, going out, laughing, love, hiking, swimming, the kindness. I miss going out to the sights, seeing Ireland and Irish nature. I miss town and the noise of the city and how at 9pm it shuts and no one is in the street. I miss the fresh air. TV. Cinema. Fishing. Go-karting. Shopping. Running for the Dublin bus. Eating at Chippers. Looking far away – the furthest I have seen in over 1,000 days is less than half a kilometre. I miss my bed and my pillows. I miss the Cliffs of Moher. The parks. I miss eating popcorn and cookies. I could go on forever.

I’m really sad about not seeing my dad, who is old and ill, and my beautiful kind sisters. Valuable days that can’t be brought back. Family gatherings. All the kids growing up. Finishing school. Losing my friends due to no contact. I miss soccer. I miss horse riding. MMA. I wish I could run.

I never ever imagined I would go to prison. I was shocked even when they kept me for four days. It was finally after six months and two judges that I found out they weren’t joking.

Acquitted or sentenced, my case isn’t over. But I do hope I don’t get sentenced. I want to go home.

This article is premoderated