It is very difficult for someone like me to talk about the moral significance of the message of the Prophet of Islam, Muhammad, in today’s world, for at least two reasons.

The global public discourse is already divided into two camps: the ‘protectors of Islam’ and the ‘champions of freedom of expression/speech’. The violent events in Europe followed by an equally powerful global political reaction to them have virtually forced us to take a clear, unambiguous, and blunt position on these events, as if the figure of the Prophet can only be understood through these two conflicting interpretations.

Secondly, there is a personal dilemma. I find a serious tussle between two attributes of my identity, which make it even more difficult to get rid of the established imaginations of Islam and Prophet Muhammad. As a professional researcher, I am encouraged to have a critical perspective on every historical personality including the Prophet, and every religious scripture including the Quran. On the other hand, as a born Muslim, it is expected of me to recognise Prophet Muhammad as the ‘messenger of Allah’, the ‘last Prophet’ – and the Quran as the ‘ultimate source of knowledge’.

To resolve this contradiction, I do not evoke the conventional faith versus reason dichotomy. Instead, I study the personality of Muhammad in his own context – critically – and evaluate his active social life to find out the core elements, which constitute what we call his ‘message’. 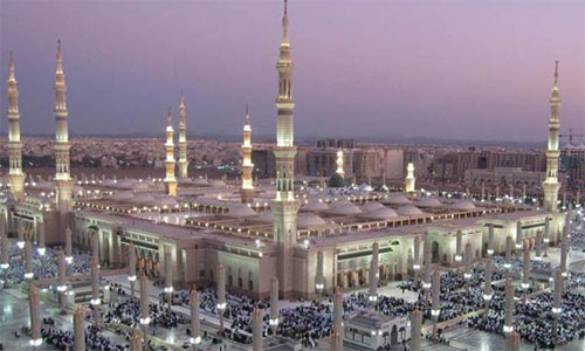 I would like to mention two such constitutive elements, which are relevant for us.

The first is his strong adherence to freedom of speech and expression. Despite declaring himself a Prophet of Allah, Muhammad always reminds us that he is a human being. This makes his claims highly exceptional. In a way, he invites us to have a dialogic relationship with him. We also find this tradition of negotiation and critical conversation in early Islamic society. The companions of the Prophet, as well as those who had not recognised him as a Prophet of Allah, were allowed to ask critical questions.

The Sulah-e-Hudaibiya Is The Best Example That Underlines His Openness And Rational Generosity.

This was a treaty between the companions of the Prophet representing Medina, and the non-Muslims of Mecca – to establish peace between these two city-states. The Mecca rulers made it very clear that since they did not recognise the Prophethood of Muhammad, he would not be mentioned as the Prophet of God in the final version of the document.

Muhammad not just accepted this condition, but also convinced his followers too that, as Muslims, they should adhere to the values that create peaceful coexistence.

The second element of Muhammad’s message may be characterised by his enduring struggle for the protection of the rights of the marginalised sections of society. He questions the existing power structure that creates inequalities and produces forms of injustice.

The principle of equality, that the Quran establishes in the name of Almighty Allah, is practised by the Prophet.

In this sense, Muhammad calls upon all of humanity to fight against injustice and create an egalitarian and just social order. His last Haj sermon is very relevant, in which he strongly argues for the rights of the slaves and women.

In my view, Muhammad’s message gives us hope to assert basic human freedom and equality, even towards those who call themselves Muslims but misuse his name to legitimise their criminal acts.

May Allah — the idea that I recognise primarily as a knowledge tradition — give us courage to draw constructive meanings from the Prophet’s message.

Hilal Ahmed is Associate Professor at the Centre for the Study of Developing Societies. This is an opinion piece and the views expressed above are the author’s own.

The New Age Islam neither endorses nor is responsible for the same.

Original Headline: Why We Must Recall Prophet Muhammad’s Message Of Freedom, Equality