Maria Shahbaz, a 14-year old Christian child, has been abducted by Muhammad Naqash and his companions while traveling to her place of work in Faisalabad, Pakistan, in April 2020. The Lahore High Court recently upheld the decision of a Faisalabad Sessions Court, which had claimed that the woman was placed in a female shelter. The High Court of Lahore ruled in favour of Muhammed Naqash and directed the return of the 14-year-old girl to the guy who had her abducted.

The High Court of Lahore has ruled in favour of an abductee, Muslim person who converted a young Christian girl named Maria Shahbaz to Islam violently and married her. It was not only disturbing, but it was also non-Islamic to a human being. The consciousness of the judges has to be questioned.

Islam is the religion of peace. The Holy Quran invites every human to enjoin what is right and forbid what is wrong (Q 3:110). It is the base of every religion. Anyone who dehumanizes the other cannot be called a religious or a right conscious Human person. Believing God alone not enough to be the part of any religion, but following the human values according to right informed consciousness. The Holy Quran says, Do the people think that they will be left to say, "We believe" and they will not be tried? (Q 29:2). The call is not only believing, but also to follow the commandments of God with right and informed consciousness. Do not think that anyone who believes Allah, and do injustice is a Muslim. Muslim is the one who submit himself/herself to the will of Allah. That is why the Holy Quran accepts the numerous prophets of other religions. 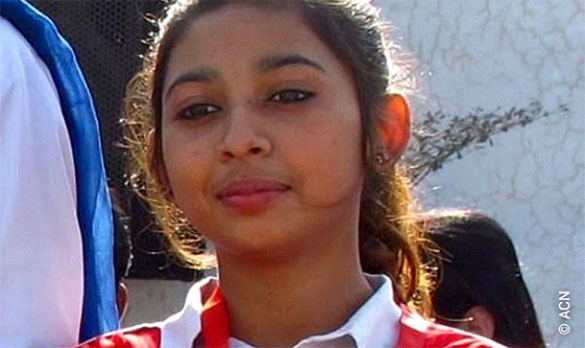 Pope Francis makes it clear that to the Catholics and to the entire humanity, "The question for those who do not believe in God is to follow their own conscience. Sin, even for a non-believer, is when one goes against one's conscience. To listen and to follow your conscience means that you understand the difference between good and evil." It means Pope Francis claims that "God is the one who decides who is going to heaven," he avoids putting himself above God or creating a god of our human laws and our narrow knowledge of Nature. He tries to operate on his understanding of God instead of restricting Religion by speculation about the afterlife. Yeah, it is real that "whoever dies by the mercy of God and of the lord and is fully pure live with Heaven for ever" (No. 1023), depending on the bible and consecrated in the Catechism of the Catholic Church, according to our best opinion and conscientious practice (Bentz, Jack. America Magazine, April 19, 2018).

Islam is advised to propagate prosperity. The prosperity of love and peace. How can an innocent be killed in the name of religion, if one follows the consciousness? How can a woman be raped in the name of religion or God, if one follows the human values or consciousness? How can a court go against justice, who supposed to uphold the peace and justice in a country? The decision of the high court of Lahore on the poor innocent girl Maria Shahbaz is unjust. This goes not only against the Holy Quran, but also against the consciousness of every human person on earth. The Lahore high court, do not have a right to be called the place of Justice. The court of any Islamic countries must have an openness to learn the Holy Quran and the Human Rights policies of the United Nations.