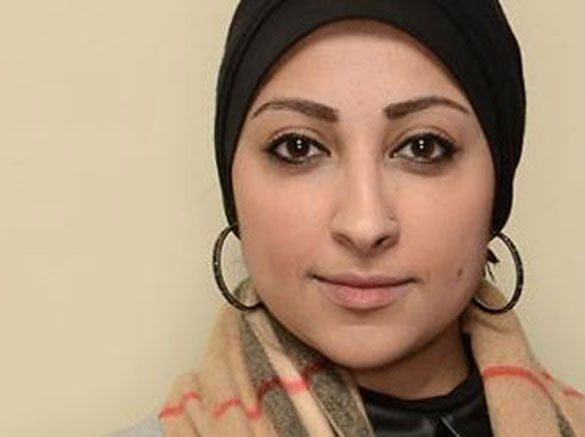 Late last month, human rights activist and prominent critic of the Bahraini government, Maryam al-Khawaja, was arrested by state authorities while attempting to visit the country from Denmark.

She was never going to be welcomed home by the regime she has consistently criticised, but Maryam was determined to visit her hunger-striking and sick father, who is currently serving a life term for dissident activities. His conviction was secured in an absurdly unjust and politicised trial which involved practices that explicitly violated the country's own constitution.

On arrival in Manama airport, Maryam was reportedly approached by security officials who tried to take her mobile phone. She resisted, which led to her being charged with assaulting a police officer, and arrested.  At the time of writing she is awaiting trial for the latter offence, as well the crime of “insulting the King”. These charges, her family report, are “very serious”, and may result in significant jail time.

Needless to say, her treatment is widely perceived as having everything to do with her status as a high-profile government critic, and very little with legitimate issues of law or justice. Evidence of pre-existing state hostility to Maryam has been cited by The International Federation for Human Rights (FIDH), among others; in 2011, they reported that a “defamatory campaign” against her had been launched with the “support of the Bahraini authorities.”

If she is sent to prison, she will join the ranks of countless others who have been detained by the regime since it began a concerted crackdown on protesters three years ago. Some were tortured to death by state forces, while others were simply shot in the street.

Having recently expelled a senior US diplomat for having met with members of the opposition, this move is the latest display of contempt for international opinion from Bahrain. It is also a sign that Manama has resolved to practice undisguised authoritarianism in the manner of Sisi's Egypt or the country's local ally Saudi Arabia.

Such a trend does not bode well for Maryam's prospects; yet none of this has happened in a vacuum: Manama (like Cairo or Riyadh) has been subjected to little criticism from western nations over its abuses, as its allies share a strategically important relationship with the US and Britain.

This silence has to end. As Human Rights Watch observed recently, "[the Bahraini government's] western allies bear significant responsibility for the worsening situation in Bahrain” owing to “a “disastrous policy of appeasement and acquiescence.” And this is is undoubtedly linked to the brazenness of some of the state's abuses.

When questioned on Bahrain's human rights record in 2012 (which by then was already appalling)  David Cameron responded: “Bahrain is not Syria”, adding that “there is a process of reform under way”, thereby sidestepping any public criticism of a nation with which Britain shares long-standing security and trade links.

One wonders what he will say now. The reform has been a long time coming - and evidence of progress is so thin as to be practically non-existent.

The British government, which routinely professes its commitment to human rights and democracy, should immediately issue a clear statement of condemnation of and actively increase international pressure on the regime to release all political prisoners, including Maryam.

It's time for Britain to speak out, otherwise it will only court self-ridicule the next time it chooses to deploy the language of the human rights movement when condemning official enemies, or accusing others of complicity in their crimes.