His name may not be very familiar to those who equate the study of Islam with only a handful of Muslim scholars. But truth to tell, Lakshmeshwar Dayal, former bureaucrat-turned author, has come up with a work that is revealing in its own understated way. Quietly, “The Truth About Islam”, is getting ready for a paperback launch. Little wonder the 87-year-old author, now based in Florida, claims the book, brought out by Anamika Publishers in Delhi, is “like life's mission, devoting several years to this labour of love”. Ruing that not much matter is available on Islam in Indian libraries, he draws a fine comparison with the U.S. where he claims, “the libraries are brimming over with Islam-related books….in India, with 120 million Muslims, you can't find an adequate collection of Islamic literature, except to some extent at Khuda Bakhsh Library in Patna.” Excerpts:

At a time when Islam is often and rather erroneously identified with the activities of a few, how important is it to have an unbiased historical study of religion? 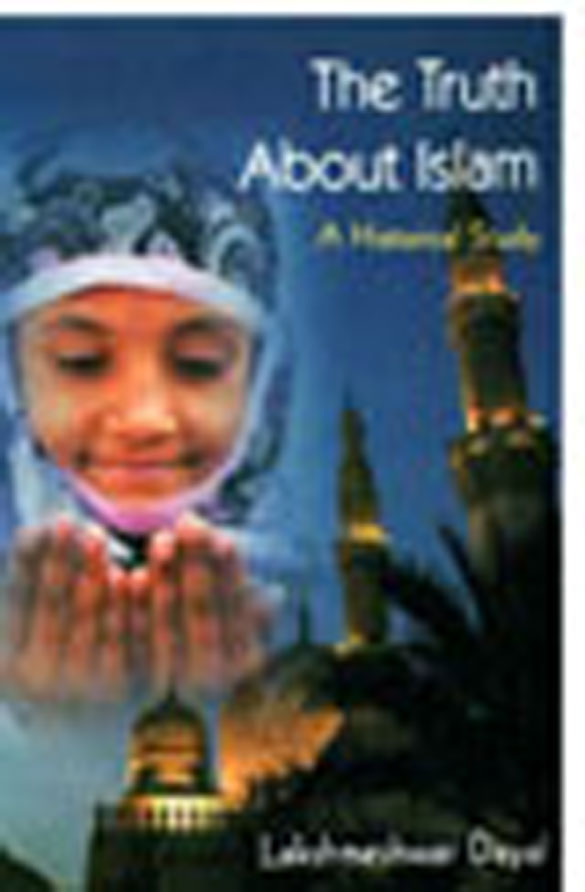 World opinion about Islam for past three decades has been at an all time low, largely due to the activities of Muslim groups in certain parts of the world. My book “The Truth About Islam” is a small effort to bring to the knowledge of both non-Muslims and Muslims what Islam really stands for. The situation can, however, be corrected only if the influence of extremist Islam, also called radical Islam, is curbed, and true Islamic principles, as in the Quran, are followed. This is the responsibility of the Muslim community itself.

Islam, as it rose to power in the 7th Century, was treated in medieval times in Europe with prejudice and hostility which continued up to the 18th Century. There was a sea change after the Reformation and the Renaissance, as scholarly pursuit in the West was no more controlled by the church.

British historian Thomas Cartyle, in 1843, surveyed the role of great leaders of the world and classed Prophet Mohammad (PBUH) as a genius who transformed desert tribes into a civilised powerful nation. This set the stage for study of Islam by German, French, British, and American scholars. Over the next two centuries, the mind of educated people was largely purged of the hostility.

The tables are turned once again. The activities of the so-called radical Islamist groups are finding their end-results in violence and terrorism. They may be “few” in number, but the killing of innocent in large numbers, as in the U.S. in September 2001, and successively in India, has spectacle effect and becomes a lasting scar on people's psyche the world over. Now, Muslims, like all communities, have the right to struggle for such causes as they may consider justified, but every such struggle is not sanctioned as Jihad by the Quran unless it is undertaken for faith; is on the defensive, and avoids excessive violence.

The Ulema have not raised their voice, loud and clear, to denounce these ideologies as un-Islamic. In the Western world, several well-respected intellectuals are now viewing Islam as a “menace” but the contrary argument has not effectively emerged from Muslim community.

There is often a feeling that Islam subjugates women. What was your finding as reasoning thinking being?

Equality for women is one of the unfulfilled goals of civilisation. The Islamic scripture of 7th Century, however, exhibits a remarkably egalitarian view of women's status which was ahead of the times. The Quran places woman in the exalted class of motherhood: “revere the womb that bore you” (4:1), and discounts the previous Semitic mythology of woman not being an original creation by God. The Quran systematically lays down the responsibility of society for the security and well-being of women in all the incarnations, as girl child, daughter, wife, mother, widow, and divorcee. The Quran allows a woman to make her own earning and use it for herself. When the Prophet was the leader of the community, and during the time of the first four “rightly guided” caliphs, women were allowed participation in public life. Prophets' wives had been seen in the battlefield attending to the wounded.

Within the framework of kingdoms and empires since the 9th Century patriarchal attitudes hardened and male chauvinism took over the social ethos. The actual practice in Muslim societies has been widely divergent from the scripture and what prevailed in the early Islamic period. The Islamic principles concerning women have remained out of sight for worldview for centuries, and are now to be found only in text of the Quran or in books of history. For gender equality, we all have miles to go.

You have quoted Goethe in the book...

The German poet-philosopher Goethe believe that the central message of every great religion was of a universal nature. Applying his doctrine to Islam, I found that Islam fully answers the description. The Quran puts emphasis on man's relationship with God, and men's personal and social conduct, rather than on religious belongingness. To make explicit that there is no essential difference between various religions, the Quran declares the founders of all religions to be the messenger of God, “to every people we sent messenger” (10:47). The Quran refers to Prophet Muhammad (PBUH) as “universal messenger to men” and addresses the “Children of Adams” (7:35). The universal, humanist nature of Islam's essential message is distilled in Goethe's concept.

There is a school of thought that has found scientific basis for some of the teachings of the Quran. For instance, the holy book talks of the weather phenomenon, galaxies, sun's original light, moon's borrowed luminosity, even mentions aeroplanes, aeroplanes indirectly. How far do you agree with such approach of scholars?

The oblique references to scientific phenomena are not germane to the meaning of Quran, which deals with the enduring values of human relationship, and man's relationship with God. The Quran avoided making scientific pronouncements....Pursuit of knowledge in the Islamic domain was not restricted by religion. The work of scholars in the Muslim world all got transmitted to Europe through translations in Latin and was absorbed in the academic system in the West. This served as groundwork for Europe's “scientific revolution” of the 17th Century. Islam's connection with science is deep and historic.

Finally, how arduous was your five year journey to discover a religion that never seems to stop making headlines? Your main source of study and research?

In view of the increasingly negative world opinion about Islam, I decided to go into an in-depth study of the subject, to bring out authentic knowledge of the philosophy and history of Islam. I had to examine the wide range of literature put forth by scholars from various nations. I had to focus on aggressively debated issues; these included the mission and the struggle carried out by the Prophet, the use and misuse of Jihad, status of women, position of non-Muslims in Muslim-ruled states, response of the Hindu society in India to the arrival and presence of Islam, relationship of Sufism with scriptural Islam, Islamic view of nationalist patriotism. Also, my hometown, Patna, boasts of one of the great libraries of India, the Khuda Bakhsh Oriental Public Library (founded in 1891) with a collection of nearly 250,000 books related to Islam and other subjects, and manuscripts from Muslim history dating back to the 16th Century. I was able, also, to use extensive literature on Islam which libraries in U.S. provide.