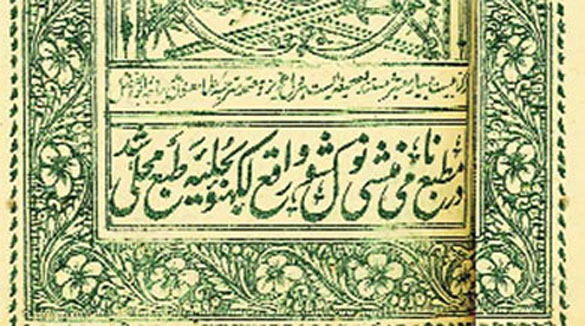 Officials said they stumbled upon over 100 Hindu religious texts written in Persian and Urdu.

Nargistan, a Persian translation of the Ramayana, and Guldasta-e-Haqiqat, a lyrical Urdu translation of the Bhagavad Gita in the form of a Ghazal, are two of the dozen-odd century-old books of Hindu scriptures that the Anjuman-e-Islam, Mumbai’s largest Muslim educational institution, has restored and preserved.

The 141-year-old Anjuman-E-Islam, which runs colleges and schools catering to over 1.10 lakh students, came across these manuscripts amid a renovation of its 120-year-old Karimi Library, a treasure trove of over 5,000 books. Officials at the institution said they stumbled upon over 100 Hindu religious texts written in Persian and Urdu. The institute has presently restored and preserved over a dozen such books that were displayed to the public on Saturday. Most of these books were published in the late 1800s.

“The books not only showcase the richness of the Urdu language but also symbolize the syncretic culture of our country and how we had a history of respecting each others faith,” Anjuman-I-Islam President Dr Zahir Kazi said.

The institution was recently in the news when a student of one of its colleges joined the Islamic State in Syria. The Persian books restored include a Mahabharata from 1875; Haday-Kul-Marifat, a Persian book written on the Bhakti movement and Bhushan Leela, a book on Lord Ganesha.

Most of these books are by Hindu authors highly proficient in Urdu and Persian, said Anjuman-E-Islam officials. Almost all the books bear Islamic motifs, including the usage of the numerical 786.

The translation of the Ramayana in poetic from by Mirza Bedil, titled Nargistan, interestingly begins with the phrase “in the name of Allah.” There are also Urdu translations of the various adaptations of the Ramayana, including those written by Valmiki and Tulsidas, as well as copies of the Bhagavad Gita. One of the adaptations of the Gita is titled “Guldasta-e-Haqeeqat” and has been written by Munshi Shital Prasda in the form of a Ghazal. Kazi, one of the driving forces behind the project that was initiated five years back, says: “Most of the books were in an abject condition when we came across them. We had to undertake an extensive restoration process where we not only treated the pages but also bound them again.”