People of the subcontinent always considered Muslims as invaders with Tamsik (benighted) traits.

Our food preferences are religion-based and socio-culturally conditioned. 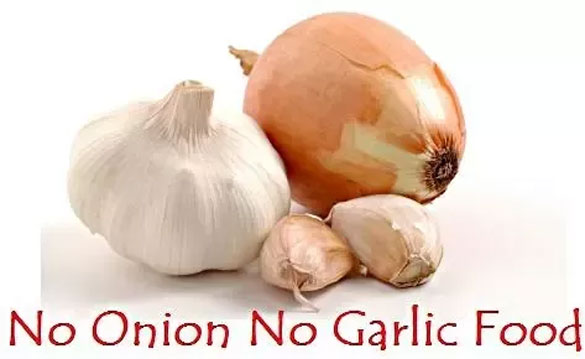 The dietary world is loosely divided into two halves: Vegetarians and non-vegetarians. But in India, vegetarianism is a nuanced and extremely baffling concept as certain vegetables are considered as Abhakshya Bhojnam (forbidden food) and to the followers of Jainism, all root-vegetables are forbidden and religiously sinful! Kandam pratichhanam (the roots must be avoided) is the mantra in Prakrit (Jain aagams are written in Prakrit, which's a tributary of Sanskrit) that must be followed in Toto by all the followers of Jainism, irrespective of its numerous sects and sub-sects.

But did you know, other than Jains, even many Hindus avoid onion and garlic? The reason for not eating onion and garlic is not just religious, it has its roots in the aversion to Muslims (mlechha) and untouchables (asprishya).The very concept of Saatvik Bhojan ( pure and clean) in Hinduism is the absence of onion and garlic as Hindu preachers tell their mutton-headed followers that onion and garlic are excreta of demons (Asurasya Mal). And the followers believe without questioning.

Since onion and garlic (particularly, onion) have been integral to the food habits of Muslims, it was believed that these two things made Muslims so cruel despotic and lascivious. In fact, old Bangla had a proverb: Peyaji Turki, Mey Dekhe Dulki (onion-eating Turki salivates over a woman). All Turks, early invaders prior to Mughals, were considered lewd and their lewdness was imputed to excessive intake of onion and garlic. Readers may be amused that northern India's slang, Tharki (a priapic old man or Satyr) originated from the erroneously perceived ' oversexed ' Turki. An eleventh century manuscript in Sanskrit suggests that Hindus must avoid onion and garlic or else they'll become wayward like Turks!

People of the subcontinent always considered Muslims as invaders with Tamsik (benighted) traits. Their (Muslims) food habits and preferences were quite alien to the eastern folks. Though Hindus and Jains were already eating onions and garlic, Jain monks and Hindu priests were trying to dissuade their people from eating such foods. They got an excuse when early Muslims vandalised their shrines.

Indologist A L Basham wrote that Jain monks began to put the cruelty of Muslims down to their excessive use of non-veg and onion/garlic. “Don’t emulate their (Muslims) example, you too will be like them," was the common refrain to wean onion and garlic-eating Hindus and Jains. Moreover, in all societies certain vegetables and food items suffered from resemblance factor. Pagan Greeks avoided aubergine or eggplant because it looked like a testicle! Greeks still call eggplant Fenaa Apollo (the scrotum of Apollo).

A big chunk of Chinese thought that the clove of garlic reminded them of the clitoris of Yin (an anthromorphic female energy). So, nearly three thousand years ago, many Chinese wouldn't eat garlic, which's integral to their culinary culture. Humans, being inherently devolved, suffer from numerous dietary idiosyncrasies.

Our food preferences are religion-based and socio-culturally conditioned. Instead of trying to become good humans, our priority is, what should be eaten and what's to be avoided to please our deities. Discrimination is so deep-seated in human psyche that even something as innocuous as food is categorised as theirs and ours. This is indeed so sad and irrational.