National Unity Day: India Must Remember the Ethos of Equality That Sardar Vallabhbhai Patel Communicated Through His Actions

On October 31, 2018, Prime Minister Narendra Modi while unveiling the statue of Sardar Patel – popularly known as the ‘Statue of Unity’ – said that had Patel not united the princely states to form the Union of India “Shiv Bhakts” would have needed visas to pray at the Somnath temple, visit the lions at Junagarh or see the Charminar at Hyderabad.

He was conveniently invoking the integration of Hyderabad and Junagarh to the Indian Union because Muslim rulers ruled those princely states. Modi did so to convey the point with a mala fide intent. Without Sardar Patel’s historic role, Muslim rulers would not have joined the Indian Union and it would have been impossible to forge the unity of India, Modi seemed to say.

Modi’s selective picking of princely states ruled by Muslim rulers had a majoritarian subtext in it – to drive home the point that Muslims as a whole had posed a threat to the unity of India and they need to be reminded of this all the time.

While unabashedly pointing fingers at Muslim princely rulers coming in the way of the unity of India, Modi was deliberately (or maybe due to the lack of understanding of history) oblivious to the fact that the Hindu religion and a Hindu god was cited by the princely rulers of the Hindu kingdom of Travancore as reasons to not to join Indian Union.

Had Sardar Patel and V.P. Menon not taken tough measures to unite that Hindu kingdom, people of India would have required visas to visit what is now known as Kerala and offer prayers in the shrine of Lord Padmanabha. 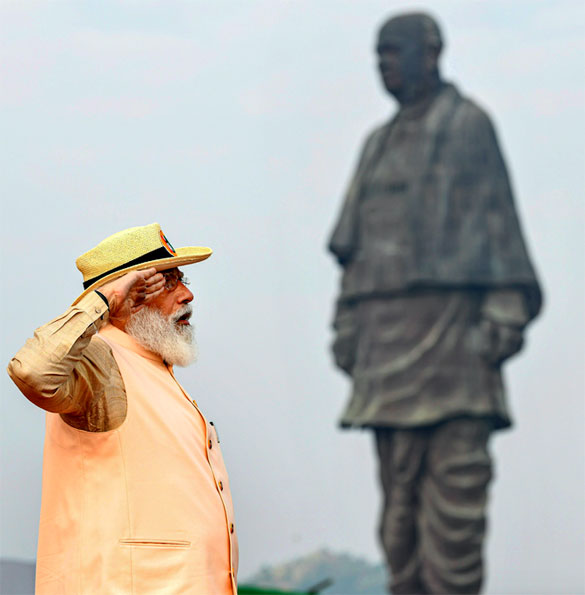 PM Modi at the Statue of Unity in Gujarat. Photo: PTI

It is a lesser known fact that it was the Hindu kingdom of Travancore which became the first princely state to declare itself independent and refused to join the Indian Union in 1946 itself, before the British paramountcy lapsed over the princely rulers.

V.P. Menon in his book, The Story of the Integration of the Indian States, wrote that on June 11, 1946, the Dewan of Travancore “…Sir C.P. Ramaswami Aiyar announced that the princely State had decided to set itself up as an independent sovereign State…that lead was followed by several others, whose attitude was naturally causing the Government of India some anxiety.”

That decision of Travancore was welcomed and supported by Muhammad Ali Jinnah. Menon documented in his book that, “The Dewan of Travancore went to the extent of announcing his intention to appoint a Trade Agent in Pakistan.”

It is quite revealing to note that the rulers of the Hindu kingdom of Travancore invoked Hinduism and the Hindu god Lord Padmanabha in validating their decision to not to join the Indian Union.

Menon mentioned in his book that the devotion of the maharajah to Padmanabha bordered on fanaticism. 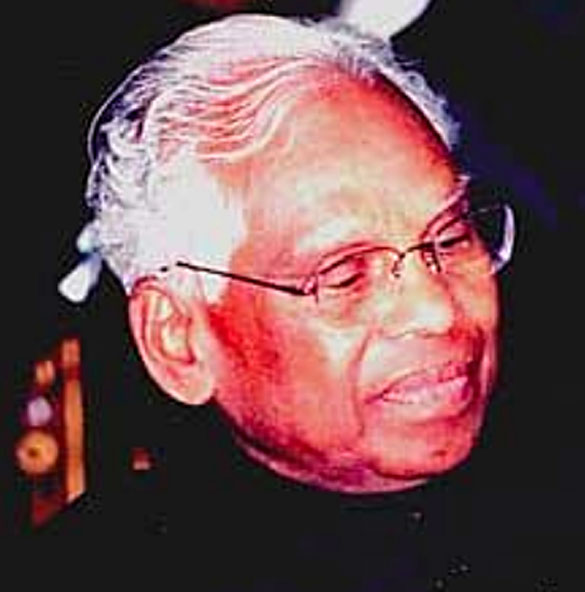 Former president K.R. Narayanan, in a speech delivered on the occasion of the unveiling the statue of Sardar Patel in parliament on August 14, 1998, made a poignant reference to that point and said:

“When the Dewan of Travancore, Sir C.P. Ramaswamy Iyer, held out the argument that no one could negotiate a merger of the State with India as Travancore was ruled “in the name and on behalf of the tutelary deity, Sri Padmanabha”, the Sardar snapped with a twinkle in his eye “Is that so? Then please tell me how could Travancore’s rulers allow Lord Padmanabha to become subservient to the British Crown?”

He had added, “The story of the integration of the states into the Union of India is a fitting dramatic epilogue to the struggle for our Independence. The arguments and methods adopted by the Sardar were manifold and effective”.

It was thus clear that unlike in Hyderabad and Junagarh and many other princely states of India, it was only in the Hindu Kingdom of Travancore that a Hindu god was invoked and the theory of divine right employed to counter the secular basis of the Indian Union enshrined in our constitution and constitutional values.

Even in the context of Jammu and Kashmir, a Muslim majority state, Patel, while speaking in the Constituent Assembly on October 12, 1949, said:

“In view of the special problems with which the Government of Jammu and Kashmir is faced, we have made a special provision for the continuance of the constitutional relationship of the State with the Union”.

The leaders subscribing to Hindutva often talk of the precedence of faith over statecraft, governance and rule of law. They should be mindful of the splendid example of Sardar Patel, who being a Hindu never hesitated to foil the attempts of Travancore rulers to invoke a much-revered Hindu deity not to join the Indian Union.

The Foil of Hinduism

Apart from using the Hindu god Lord Padmanabha to frustrate the attempts of Sardar Patel and V.P. Menon, the rulers of Travancore made a preposterous claim that Hinduism would be in danger if the Hindu kingdom became an integral part of the Indian Union.

In fact, Sardar Patel during his historic visit to Travancore on May 15, 1950, one year after the integration of that princely state, while addressing a massive conclave of one lakh people appealed to them not to get carried away by “the false cry of Hinduism in danger” raised by a section of people there. He assured them that Hinduism would never die in India.

He further added that upon hearing for the first time of a purported danger to Hinduism, he observed with anguish, “There was one Hindu who made a reputation for India all over the world. That was Gandhi ji. And yet it was a Hindu who killed him. Is that Hinduism? Do you preserve Hinduism by that method?…Hinduism can never be in danger in India. Shankaracharya never raised the cry of Hinduism in danger.”

Sardar’s line that Hinduism cannot be preserved by killing a great Hindu like Mahatma Gandhi assumes critical relevance now that the assassin of Gandhi is being glorified and Hindutva leaders get elected to the parliament for doing so.

The current prime minister who famously said that he would not be able to excuse them in his heart of hearts did hardly anything against them. Even Amit Shah sought an explanation from those leaders and referred the matter to the disciplinary committee of the BJP. But nothing happened after that.

Is this not an affront to the legacy of Sardar Patel? 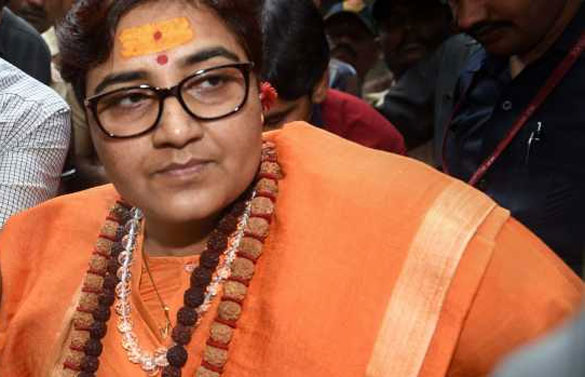 The affront continues in an intensified manner through the enactment of the Citizenship (Amendment) Act, which grants Indian citizenship to people of Pakistan, Bangladesh and Afghanistan on the basis of their religion and, thereby, negates the idea of citizenship expounded by Sardar Patel on April 29, 1947, in the Constituent Assembly where he had insightfully said:

“It is important to remember that the provision about citizenship will be scrutinised all over the world. They are watching what we are doing…Therefore, our general preface or the general right of citizenship…should be so broad-based that any one who reads our laws cannot take any other view than that we have taken an enlightened modern civilised view”.

It is instructive to note that the BJP leadership and Hindutva ideologues who try hard to appropriate Sardar Patel are absolutely silent on his secular vision and outlook which he coherently expressed on numerous occasions in his interventions in the Constituent Assembly. While moving the provision for reservation for Scheduled Castes and Scheduled Tribes in the Constituent Assembly, Patel asserted in May, 1949, “They were laying the foundation of a truly secular democracy in India.”

Again on June 5, 1949, he said in the Assembly that “…a healthy secular outlook is the foundation of true democracy.”

He even invoked god in defence of secularism when he said in the Constituent Assembly, “…and now we are today with the grace of god and blessings of the almighty laying the foundation of a true, secular democratic state where everybody has an equal chance and equal opportunity. May god give us wisdom and courage to do the right thing to all manner of people as our constitution provides.”

Celebrating ‘national unity day’ to mark the birth anniversary of Sardar Patel is to celebrate his vision of a secular India which upholds the enlightened and liberal views on citizenship, thus negating a sectarian and religion-based approach.