For Khwaja Hasan Nizami, an Islamic Scholar, To Publicly Show His Regard for Krishna, Without the Threat of Blasphemy, Tells Us A Lot about How We as a Society Have Deteriorated Over the Last Hundred Years 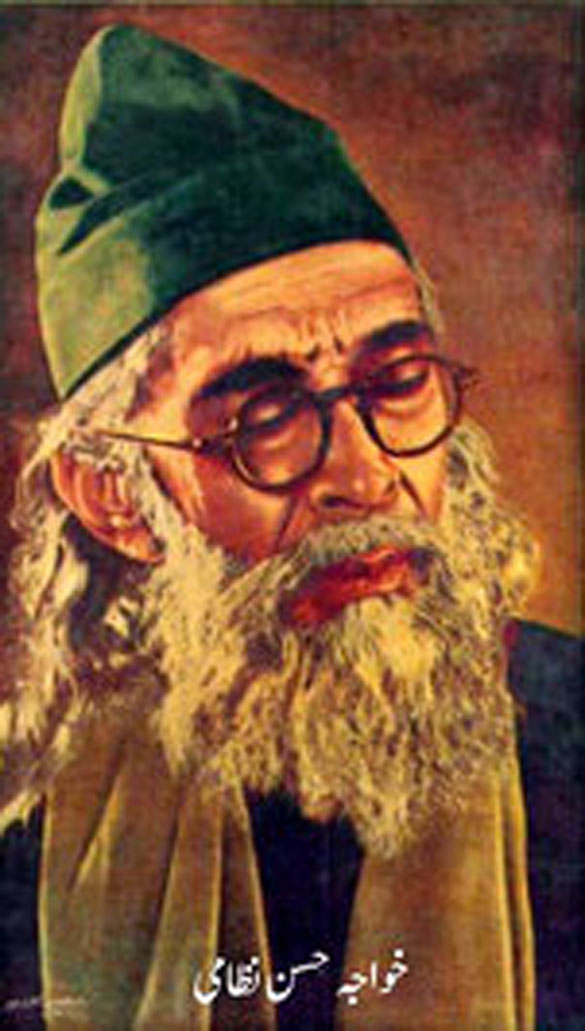 Indians, at present, classify each other through the religion they are born into. It doesn’t matter if you follow a religion or not, people around you will never fail to identify you with a religion on account of your name. Of course the name was not chosen by you, and was given by your parents or grandparents. Increased communal rhetoric in political language has led us to look at each other through the prism of religion, while diminishing any other possibility of identification.

Recently, on Eid, most of my Hindu friends wished me in a language which conveys that it is ‘my festival’ and hence I should be celebrating. Barring a few, most of these friends don’t even embrace the festival as their own. Similarly, most of my Muslim friends wish Hindu friends on Diwali, Holi etc as if these festivals belong to Hindus only. The driving force behind such an assumption is the malicious propaganda by our politicians.

We are living in a society which has divided its forefathers, and hence their teachings, into separate compartments of religion. We have Muhammad, Moses, Abraham etc as revered figures for Muslims only, while Rama, Krishna, Shiva etc have become Hindu.

It has been argued by me that Partition (1957), and later Babri Masjid demolition (1992), have cleaved our society into religious blocks like never before. It is true that Muslims never went into temples and prayed in front of Hindu deities. Still, it should be known that since medieval times, Muslims revered Hindu avatars. Al-Biruni notes that Mahmud Ghaznavi used the Sanskrit term ‘avatar’ for Muhammad on the coins minted by him. Similarly, many Islamic scholars, like Mazhar Jaan-e-Jaan (1689-1781) have argued that Rama, Krishna and other avatars were actually the prophets sent to the subcontinent, and hence their teachings should be respected. For these pre-modern scholars to praise Rama or Krishna was not blasphemous.

Krishna has been eulogised by a number of Muslim authors since medieval times to the present. Poets like Rahim, Hafeez Jalandhari, Hasrat Mohani, Ibn-e-Insha, Insha Allah Khan Insha, Parveen Shakir and others have used Krishna, Radha and his flute to convey the message of love, devotion and beauty. Hafeez and Mohani have also invoked him as a spiritual as well as political leader of India.

Here I would like to discuss, specifically, a book written by Khwaja Hasan Nizami. Nizami was an Islamic scholar, author and a preacher, who lived during the early 20th century in Delhi. He wrote many books and articles stressing on the need to spread the message of Islam among non-Muslims. It might come as a shock to many living in 21st-century India that such an orthodox Muslim man has actually written more than one book eulogising Krishna.

In 1923, his book Krishn Beeti, which was later renamed as Krishn Jivan, was published. In the introduction to the book he writes:

“Everybody listens to autobiographies and (historical) stories. I narrate the story of the one (Lord Krishna), who taught Indians to understand their own lives. Who painted the true picture of this world. Through him, Indians got to understand the path to their own bodies and the souls.”

According to his own admission in the introduction, his purpose behind writing the book was to dispel few lies spread Lord Krishna. He writes that ignorant Hindus have started considering Krishna a liar, cheat, thief and eve-teaser. Such assumptions are based on ignorance. These people are unable to grasp the true teachings of this great leader of India.

The description of Krishna’s birth, in the book, shows the immense respect and love that Nizami had for him. He writes:

“So the time has arrived. Arrow of light has penetrated through the chest of dark nights. Night of the arriving springs is embracing the long black nights of Mathura. God has sent black clouds with thunders. Lightening is leading the path of rains to announce the arrival.”

“Today is the arrival of that commander in chief, army general and military leader of India, whose armies used to roam around victorious. Who is the foremost leader and general of the Indian subcontinent. Today those eyes are going to open themselves which will look after the earth and the sky. He comforts Indians in private as well as in public, in happiness as well as in sorrows, during the life as well as in death. Krishna is the leader of the adults and a beloved of the children.”

Nizami paints the scenery of prison where Vasudev had to conceal Lord’s birth from Kans in beautiful words, when he writes, “Come on welcome him, Lord Krishna is taking birth. Wrap him with the sheets of light, so that evil cannot see him. Save him, the head of God, from Satan.” Here, it should be noted that Nizami has used the term ‘Head of God’ for Krishna, something which in today’s world can be enough to call his beheading by the Islamic orthodoxy. But those were not the present times.

While narrating the story of Sheshnag protecting Vasudev and baby Krishna, Nizami writes that ‘the modern critical’ minds will have a problem with this story as they have to question every supernatural act. It is the God who wills to protect his chosen one, and he does that through a snake, an angel or even satan. Krishna was the chosen one and supernatural powers had protected him.

On similar lines he argues that the river stream of Yamuna giving way to Vasudev is not a myth but a God’s favour to his chosen one.

While describing the scene of Krishna sleeping in Yashoda’s home, Nizami writes, “King of India’s evident and concealed, is playing in a cradle, inside a hut of a poor woman. Oblivious of the fact that who this child is she is spending riches of her love on him.”

Here, pitching his Islamic belief to prove the stature of Krishna, Nizami writes that poor have purer hearts and hence Allah grants the custody of his chosen one to poor women. Haleema, a poor paturer just like Yashoda, was a foster mother to Prophet Muhammad. For a devout Muslim like Nizami this comparison means a lot. Muslims consider Muhammad next only to God.

Nizami was not the only Muslim who held such a high regard for Krishna or Rama. Hafeez Jalandhari, Iqbal and Mohani are a few to name. What sets him apart is his stature as an Islamic scholar and who led a movement to spread Islam among non-Muslims. Such a person who cannot be termed ‘secular’ in modern parlance could publicly show his regard for Krishna tells us a lot about how as a society we have deteriorated over the last hundred years.

Saquib Salim is an independent social and political commentator.