No Harm In Learning Ancient Epics, If There Is No Hidden Political Agenda

As part of the festival season school programme, my six-year old son is enlisted to play an episode from the Ramayana. The class II classroom is divided into the Rakshash Sena and the Vanara Sena – Ravan’s demon warriors and Ram’s monkey-soldiers. It’s not easy getting six-year olds to play any Sena, Vanara or Rakshash, on little zoom boxes on screen, but that is a fight over which the prolonged pandemic has left us with no choice. 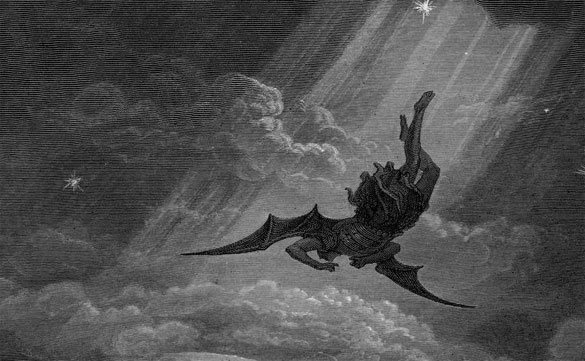 My son is part of the Rakshash Sena. He is told his movements must include displays of violence and conclude with a morose admission of defeat.

His mother disagrees. Why can’t a Rakshash be spirited and playful? His teacher is unrelenting.

When the Ramayana is in performance, be it live or virtual, the moral fault line is a binary of black and white. Even when the players are six-year olds, there must be no doubt about who’s good and who’s evil.

Also Read:  It Is All Right for Madrasas To Offer Courses On Gita But What About Other Religions?

This is also the time when I teach Milton’s Paradise Lost in my college classroom. We marvel about the charisma of Satan, especially as he rebels against God. We ponder over the poet Blake’s provocative statement, “Milton was of the Devil’s party without knowing it,” and wonder what made Milton turn God’s rival into such a magnetic and memorable character. My assignment that week is a brief editorial note either endorsing or contradicting the inclusion of books I and IX of Paradise Lost as appendices to a new edition of the Bible. Should devout Christians also experience a seductive Devil? Arguments pop up on either side.

As a teacher myself, I know that the dividing line between the curriculum – what constitutes as knowledge – and the personal values of the teacher, are just as slippery as they are real. It was easier for me to be shocked when briefly after the judicial verdict on the Ayodhya case, the teacher of my daughter’s fifth-grade classroom asked her students if there were any Muslims in the class. After the confirmation that there wasn’t any, she went on to explain why the Muslims were wrong in questioning the court’s verdict about the reconstruction of the Ram temple on the site of the demolished mosque. It was easier to be outraged, as the judicial verdict was certainly not on the fifth grade curriculum.

The slipperiness becomes fatal when we’re talking about the humanities or the social sciences. Though religious fanaticism has scarcely spared the sciences. People in Kansas have tails. I remember being confounded by this joke during grad school in the US, especially by people from other mid-western states. That was when the teaching of Darwinian evolution was forbidden in Kansas schools – it went against the Christian notion of divine creation. The joke was a rationalist’s revenge of the religious intolerance of science.

The Stamp Of Religion In Education

When the national education policy (NEP) of a country recommends the inclusion of scriptural, religious, or mythical knowledge in the curriculum, it goes far beyond the personal value of an individual teacher, or even a school. It becomes constructed as essential knowledge. This is exactly what happened when under the mandate of the NEP, the National Institute of Open School (NIOS) recommended the curricularisation of the Ramayana and the Mahabharata in 100 autonomous madrasas.

Expectedly, this has faced opposition from Muslim clerics, whose responses have ranged from the legalistic to the openly polemical. Some have pointed out that madrasas governed by the madrasa board are subject to the government’s policy but madrasas run by the community are not. Others have hit back, arguing that if Hindu epics are made mandatory in madrasas, the Quran should be required reading in the Saraswati Shishu Mandirs sponsored by the Rashtriya Swayamsevak Sangh. And why not? 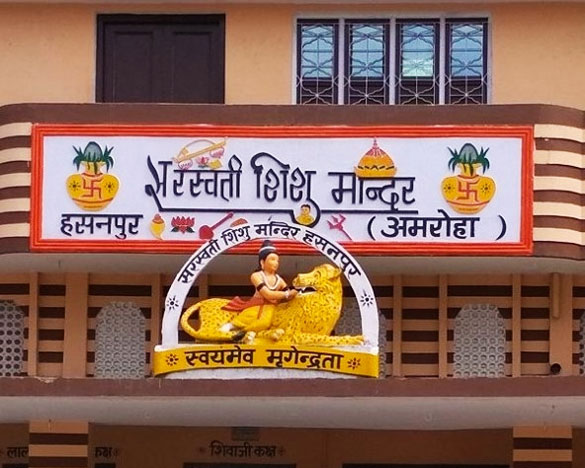 Certain Muslim academics and leading citizens have responded with greater openness, saying that there is no harm in learning ancient epics, but mandating them would be problematic. “I’m all for the introduction of other religious texts in the madrasas,” Saira Shah Halim, an educator and activist tells me, “As long as there is no hidden political agenda.”

Also raising the question whether RSS-run Shakhas be comfortable teaching Islamic texts, Halim feels what the madrasas need more urgently are English, mathematics and science. Indian heritage, if introduced, should be a comparative study of different cultures.

Indeed, what is at stake here goes far beyond the question of Hindu education for Muslim children – or for that matter, its polemical response in an argument for Muslim education for Hindu students. It is about that old elephant that the array of blind men could not agree on – the idea of India. And this is a story that we have all come to recognise over the last few years – the idea of India as Hindu, as Hindu only.

As per news reports, the NIOS has designed 15 courses to be offered for grades III, V, and VIII of school, designated as Bharatiya Jnana Parampara, or Indian knowledge traditions, to include not only the Gita and the Vedas, but also science, vocational skills, Sanskrit and Maheshwara Sutras as advocated by Panini. In response to initial criticism, the Ministry of Education has subsequently clarified that students would have liberty to choose from this range of offerings.

As we hope for that choice to be real and substantial, it becomes impossible not to notice two striking features in the language used by the policymakers. To call this “Indian knowledge tradition” is to erase the stamp of religion, to make Hinduism synonymous to India is to make the religion invisible – omnipresent like unrepresentable Allah, present everywhere, visible nowhere. And the means to achieve this goes beyond the usual suspicion of the humanistic and the social sciences.

The Pervasive Presence Of Hinduism

As certain champions of this idea of “Indian knowledge tradition” have made it clear, even science and technology – including the miraculous flights of Vedic aircrafts and missiles – are to come under the purview of the pervasive presence of Hinduism. Like Kansas’s hatred of Darwin, science now yields to the Vedas and the Puranas over the laws of gravity. This canon knowledge is beyond all dispute, human, scientific – and certainly divine. Such is the absolutism of the new Indian state.

I’ve been enthusiastic about many aspects of the new education policy (NEP), as I’ve indicated elsewhere – most of all, its imagination of a multidisciplinary liberal arts curriculum as part of undergraduate education, long overdue in our rusty system of colonial-bureaucratic examinations. And yet the question has risen time and again – is this country liberal enough for the liberal arts? Or do we just want to twist the term to suit our purpose?

I remember a conversation with the members of the NEP committee where I was asked why my take on the liberal arts, in everything I’d written so far, was western, indeed, American in its texture and principle. Isn’t there an Indian angle to the liberal arts? Kala, I had ventured, is the Sanskrit word for the arts, even though the classical definition of Kala can be too exhaustive, including virtually every human activity in its range, from Geet-Viday To Pustake Vachana To Yantra-Mantrika, or mechanics. 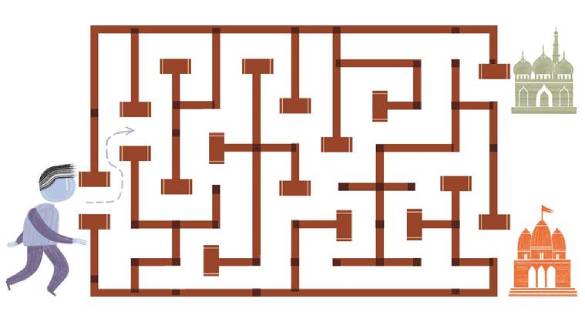 The policy document as we saw it, from the draft to the final version, indeed shaped a narrative and a language that effortlessly introduced the Sanskritic as a substitute to the Indian, never mind the regimes and influences that have come to historically shape this nation from a range of other directions. Urdu, as it has been pointed out, scarcely gets recognised as a medium of instruction in the NEP, notwithstanding the fact that it is the heritage language for tens of millions of Muslims in India. Neither is Arabic, one of the most recognised international language, has taken its place as one of the foreign languages supported by the policy.

What happens when religious education is made mandatory? As someone who’s had a religious education throughout – part managed by Jesuits, part by a Hindu Monastic order – I can assure you, that there is no better way to ensure an acute dislike of all things divine. It starts with harmless boredom, sharply sliding into dead apathy, finally quickening to the spiteful energy of hatred. And as a teacher, I can tell you that nothing is hated more than compulsory classes, be it moral science, catechism, or Vedic chants at the morning assembly.

If Hindu rhetoric has its way as it seems to have in many of our schools, my son, who happens to have a Hindu name, will merely grow up with a sense of boredom and weariness with the Ramayana, which will be a sad loss in its own right. But if Muslim youth, already growing up with the acute sense of living on the margin of this nation, face the mandated gyan of Hindu scriptures in madrasas, this government would have found the surest way to ensure their hatred of all things Hindu that the current powers wish to position as the idea of India.

(With research input by Harshita Tripathi)

Saikat Majumdar has authored the novels The Scent of God and The Firebird, and the non-fiction, College.

Original Headline: When God Is on Your Curriculum, He’s Present Everywhere and Visible Nowhere