Saif Ali Khan on Love Jihad: Intermarriage Is Not Jihad, It Is India 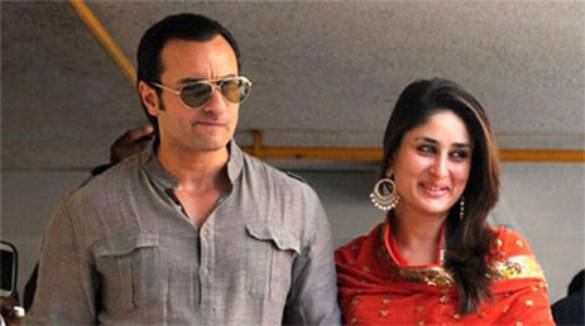 When Kareena and I married, there were similar death threats, with people on the Net saying ridiculous things about “love jihad”. We follow whatever religion or spiritual practice we believe in.

I am the son of a sportsman, I grew up in England, Bhopal, Pataudi, Delhi and Mumbai, and I am more Indian than any Hindu or Muslim I know because I am both. I wrote this piece not to comment on the masses or the problems of communalism in India and its villages, but because this is an issue that concerns my friends and their families.

It wasn’t peacefully accepted by anyone, initially, when my parents wanted to marry. The royals had their issues; the Brahmins theirs. And, of course, extremists on both religious sides issued death threats. But the marriage still happened — the fact that my grandmother also had to fight to marry the not-as-wealthy and therefore not-so-suitable Nawab of Pataudi might have helped things along. We grew up on real-life romantic stories about our elders marrying for love and not worrying too much about tradition. And we were brought up to believe that god is one, with many names.

When Kareena and I married, there were similar death threats, with people on the Net saying ridiculous things about “love jihad”. We follow whatever religion or spiritual practice we believe in. We talk about them and respect each other’s views. I hope our children will do the same.

I have prayed in church and attended mass with Kareena, while she has bowed her head at Dargahs and prayed in mosques. When we purified our new home, we had a Havan and a Quran reading and a priest sprinkling holy water — no chances taken!

What is religion? What is faith? Does a perfect definition exist? I don’t know. But I know doubt. I’m intrigued by the politics of doubt. Doubt gives us faith. Doubt keeps us questioning what keeps us alive. If we become sure of something, then there is a danger of becoming fanatical.

Religion needs to be separated from a lot of things. Our religions are based on fear. The Old Testament spoke of a Promised Land for a people, but there were people already living there. The problem is still burning today. There have been too many atrocities committed in the name of god.

I know good people are scared of marrying their daughters to Muslims. They fear conversion, quick divorces, and multiple marriages — basically, it suits the boys a bit more than the girls. All this is undoubtedly outdated. A lot of Islam needs to modernise and renew itself in order to be relevant. We also need a loud moderate voice to separate the good from the evil. Islam today is more unpopular than it has ever been. This is a great shame to me, as I have always thought of Islam as the moon, the desert, calligraphy and flying carpets, the thousand and one nights. I have always thought about it as a religion of peace and submission. As I grew older, I saw religion twisted and used so badly by men that I distanced myself from all man-made religion. I choose to be as spiritual as I can be.

Anyway, I digress. The good news is that no one needs to convert from their religion to get married. The Special Marriage Act, when applicable, is the paramount law of the land. If you marry under this, it is upheld over any religious law. It is truly secular.

The fabric of India is woven from many threads — English, Muslim, Hindu and many others. A major concern in today’s India is that we keep deleting our past. To say Muslims don’t have a role in India is denying their importance and contribution. It is like saying women don’t have a part to play in India. Why do we need to deny Islam? It’s what we are. We come with our mix. To deny this is to cheat us of our inheritance. I don’t know what “love jihad” is. It is a complication created in India. I know intermarriages because I am a child of one and my children are born out of it. Intermarriage is not jihad. Intermarriage is India. India is a mix. Ambedkar said the only way to annihilate caste is intermarriage. It is only through intermarriage that the real Indians of tomorrow can be truly equipped to take our nation forward with the right perspective. I am the product of such a mixed marriage and my life has been full of Eid and Holi and Diwali. We were taught to do Adaab and Namaste with equal reverence.

It is sad that too much importance is given to religion, and not enough to humanity and love. My children were born Muslim but they live like Hindus (with a Pooja Ghar at home), and if they wanted to be Buddhist, they would have my blessing. That’s how we were brought up.

We are a blend, this great country of ours. It is our differences that make us who we are. We need to get beyond mere tolerance. We need to accept and respect and love each other.

We are most certainly not a secular country. The intention was to become one and our Constitution has provided every framework to make that possible. But, more than six decades on, we have still not separated religion from the law. To make matters worse, different laws apply to different people, making it impossible for us to think as one. There are different laws for Hindus and different laws for Muslims. This is bound to create trouble.

I think we should have one law for all Indians, a uniform civil code, and we should all think of ourselves as one nation. All our religions must come later and be by the way. Teach our children about god and his thousand names, but first we must teach them respect and love of their fellow man. That is more important.

I stopped believing in the Tooth Fairy first, then Santa Claus, and finally, I really don’t know what I feel about a personal god. But I believe in love and in trying to be good and helping the world. I don’t always succeed and then I feel bad. My conscience is my god, I think, and it tells me that that one tree in Pataudi near which my father is buried is closer to god than any temple, church or mosque.

Saif Ali Khan is an actor and producer