Mecca In A Mandir

Twenty years ago, the tumultuous days of the Ramjanmabhoomi agitation, and a curious cast of characters in Ayodhya

From the tumultuous days of the Ramjanmabhoomi agitation, Saba Naqvi has had a ringside view of post-Ayodhya politics. An extract from the Outlook political editor’s forthcoming book, In Good Faith, describing events around Dec 6, 1992. 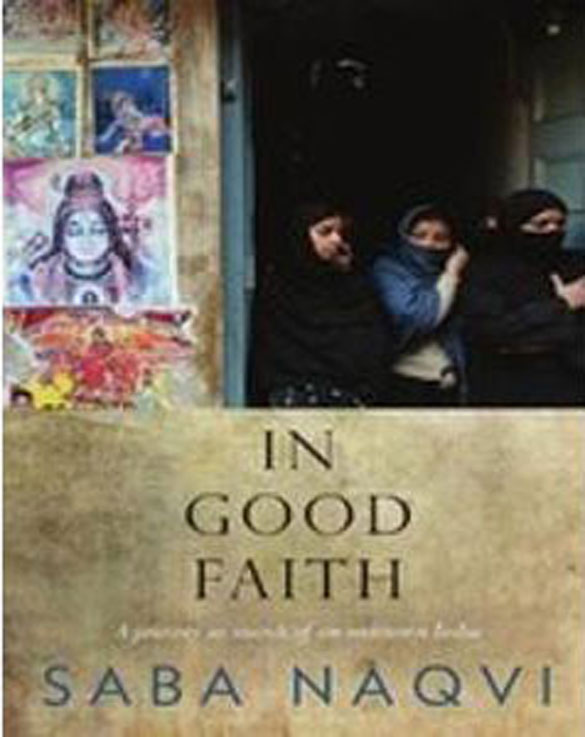 It has been four days since the Babri Masjid was demolished. I am staying with a wealthy Muslim family in Faizabad, the district headquarters and the twin city attached to Ayodhya. The house is bang opposite the residence of the district collector, but our host lives in the mortal fear that he and his family will be attacked. He has removed his nameplate and told members of his family to stop looking “like Muslims”. He has not been to Ayodhya, just a few kilometres away, since the Ramjanmabhoomi agitation began. I ask him to accompany me to Ayodhya now that the Babri Masjid has been reduced to rubble and the mob has gone. He argues that it is still unsafe for a Muslim to go to Ayodhya. “How will anyone know that you are a Muslim?” I ask. He replies, “They know. They always know.”

During an earlier trip, a month before the demolition, I had come across a curious cast of characters in Ayodhya. In spite of a large police presence, the town was clearly in the hands of Hindu extremists who believed that the medieval mosque stood on the debris of a Hindu temple that marked the birthplace of Lord Rama. The air was thick with anticipation and there was a childish excitement amongst the ranks of the Rama devotees. The younger volunteers laughed quickly and animatedly; their eyes glazed with the sheer machismo of the act they hoped to perform. For all the protestations later made by BJP leaders, it was clear that the footsoldiers had made their own plans. Any visitor to Ayodhya in November 2002 would have sensed that an apocalyptic event was round the corner.

That month, when the Babri mosque still dominated the Ayodhya skyline, I met Ansar Hussain, then 87 years old, but still mentally alert. For the last forty-five years, Hussain, better known as Munnu Baba, had been the caretaker-manager of Sunder Bhawan, one of the many Rama temples in Ayodhya, just a kilometre from the mosque site. It was a curious arrangement for a practising Muslim to be appointed caretaker of a temple in a Hindu pilgrimage town. It was the eccentricity of a minor feudatory from the neighbouring Basti district that led to this arrangement. Though Sunder Bhawan was built in 1947, the year of the Partition, its Hindu owners did not hesitate to hand over charge of the temple to a Muslim. Since then, Hussain had kept his side of the bargain. Having survived the upheaval of the Partition, he did not believe that his life or livelihood faced any threat in Ayodhya that winter. Hindus, he said, are a very peace-loving people. “These are bogus threats. All politics. No one will touch the Babri mosque.”

When I returned to Ayodhya four days after the demolition, there was no sign of Hussain. There was a big lock on his door. His Muslim neighbours, too, had vanished. At the temple he cared for so many years, a young boy with a saffron scarf said he had no idea where Hussain had gone, but it would be good for everyone if he had left Ayodhya as he was polluting the gods. “He was a stubborn old fool.”

Hussain had told me that two years ago, when he had fallen seriously ill and needed a blood transfusion, two sadhus of the Hanuman Garhi temple, the premier mandir in Ayodhya, had donated their blood. Did the infamous December 6 mob, baying for the blood of Muslims, spare Hussain? Did the sadhus who had once donated their blood also get swept off by the heat of the moment, and now wished to draw blood? Almost as if to make up for not finding Hussain, I came across another stubborn old fool that afternoon. This one lived less than half a kilometre away from the Babri site. His name was Laljibhai Satyasneha, a Gandhian and follower of a swami who went by the name of Satyabhakt (true devotee). Laljibhai had set up a somewhat bizarre temple in the midst of a town that was devoted almost exclusively to worshipping the warrior-king Lord Rama and Hanuman. In Laljibhai’s Satyar Mandir, idols of Rama and Krishna stood alongside Christ, Buddha and Mahavira, the founder of the Jain faith. The idols were flanked on both sides by pictures of Mecca and Medina. Laljibhai was scathing in his indictment of the new-age Rama devotees. “They are not practising Hinduism. History will not forgive them for taking a non-violent faith and making it ugly and destructive.”

But he made another point that was worth exploring. Laljibhai believed that in their quest for political power, the votaries of the new aggressive Hinduism had, ironically, borrowed liberally from the very group they abhorred—Muslims. On reflection, it was easy to see the Hindutva brigade’s attempt to ‘Semitise’ Hinduism. Consider the following examples: all Rama cadres were told to turn in the direction of Ayodhya and pray on a particular day, similar to Muslims offering prayers in the direction of Mecca. The Rama devotees marched in processions and expressed a willingness to die for the temple; martyrdom is a hallowed concept in Islam but not in Hindu theology. They brandished swords and some had carved Jai Sri Ram on their chests; an image not very different from the Moharram processions of Shia Muslims. And finally, swarms of sadhus and holy men belonging to different sects were suddenly united in their quest for a temple; was it an attempt to create a Hindu clergy that could yield the kind of authority that the mullahs claim to have over the Muslim community?

That is why Laljibhai insisted that the new-age Hindus had to be fought, not to save Indian Muslims, but to rescue Hinduism itself from its hijackers. That season in Ayodhya, Laljibhai, frequently threatened and heckled by his co-religionists, came across as a quaint, tragi-comic figure. He said nice things about secularism but was sadly out of touch with the times. Who would heed his calm words when the feverish shrieks for the destruction of a mosque proved so much headier? The cacophony of the mob drowned his voice of dissent that winter.

(I returned to Ayodhya in January 2012 and discovered that the Satyar Mandir still survives in a building known as the Gujarat Bhawan, although Laljibhai had passed away three years ago. Old-timers in the temple town tell me that the old Gandhian from Gujarat came from the Wardha ashram and there is a similar temple there with an additional picture—that of Karl Marx. I also learnt that some months after the demolition of the Babri Masjid, Ansar Hussain and his family returned to Ayodhya. He resumed looking after the Sita-Rama mandir until he too passed away some years ago.)