Sri Ramakrishna was a great Hindu saint of India in the 19th century. He was born in 1836 and died in 1886. He is known as a Vedantist and believed in the unity of religions (Wahdat-e-Addyan). 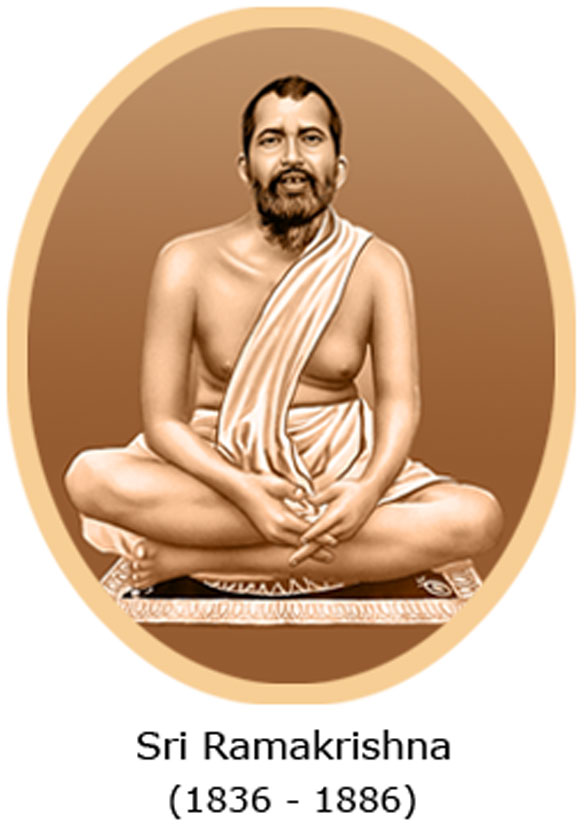 Sri Ramakrishna was the disciple of Totapuri, a Vedantist. Totapuri taught him Vedanta. Later Bhairavi Brahmani taught him Chaitanya Charitamrit.

Though he was an ardent devotee of the goddess Kali, he believed in Kali as an incarnation of Brahma. His view was that contemplating on an image of Kali leads one to the realisation of the formless Brahma.

His belief in the Vedanta led him to the belief in one Supreme Being called Brahma and to the belief that the Supreme reality can be realised within one's self as Brahma dwells in the heart of man.

Sri Ramakrishna's Vedantic ideals made him a liberal minded saint and he respected all the religions as the path to the same goal ----- God. He was always eager to learn about the teachings and philosophy of other religions. It was his quest for the truth that brought him closer to Islam in 1868. He came in contact with a newly convert Muslim dervish named Wajid Ali Khan. His real name was Gobind Roy and he was a Kshatriya. After converting to Islam, Wajid Ali Khan followed Sufi Islam and was probably a believer in the philosophy of Wahdat ul Wujud. He used to offer Namaz and chant the name of Allah at the Mazar of Ghazi Peer, the famous Sufi saint of the 13th century.

The mazar was next to the Kali temple in Dakshineswar. Sri Ramakrishna regularly visited the place and discussed Islam with Wajid Ali Khan. Since Wajid Ali Khan believed in Wahdat ul Wujud, he presented Islam from the perspective of the philosophy of Wahdat ul Wujud which was based on the Advaitavad (Monism) of Vedanta. Sri Ramakrishna was struck by the similarity in the beliefs of Islam and Vedanta and decided to be initiated into Islam. He accepted Islam at the hands of Wajid Ali Khan and learnt to offer Namaz and other Islamic practices. After that he started offering five time prayers at the Mazar of Ghazi Peer and would chant the name of Allah the whole day. He wore Muslim dress and even employed a Muslim cook to have food like Muslims. During this period he did not visit Kali temple and did not offer pranam to other Hindu deities. In short he became a practising Muslim. 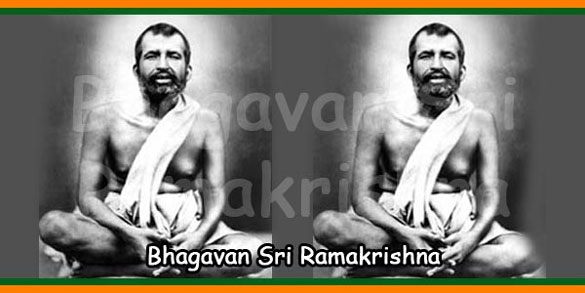 However, Sri Ramakrishna practised Islam for only three days and returned to his Advait sadhana but his soujorn in Islam left a deep imprint on his spiritual and religious thought.

Again in 1874, Sri Ramakrishna was attracted towards Christianity. Once he happened to hear the Bible from one of his devotees Shambhu Charan Mullick at his house. He was impressed by the teachings of Christianity and started practising Christianity. He became a practising Christian and even had the vision of the Jesus Christ merging in his body. During this period he again stopped visiting the Kali temple. However, he practised Christianity for three days.

"As his divine personality was many-sided, so was his great mission. It was to show the underlying unity in the variety of religions." He further said:

"Sri Ramakrishna was the embodiment of the highest spiritual ideals of all nations."

Sri Ramakrishna's liberal approach to religions and a cosmopolitan outlook influenced Vivekananda, his disciple greatly and had a deep impact on the collective religious thoughts of Hindus, particularly the Bengali speaking Hindus of Bengal.