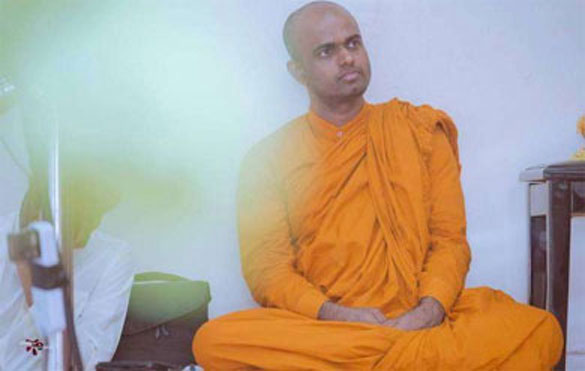 Interreligious disagreements and conflicts have dominated local and global politics for millennia. The Buddha himself encountered religious conflict, not only among different religions but even among different fraternities or schools within the same religion. Many of us acquire a faith tradition based on our upbringing and believe that our particular scripture is the most trustworthy. If taken to the extreme, this clinging becomes a cause of violence that threatens world peace. Religious conflict has led to a common secular assessment of religion as doing more harm than good in the world.

We should not be satisfied with concluding that an elephant is huge just because we see big footprints on the ground. In order to confirm the size of the elephant, we need to investigate further and see for ourselves the elephant itself. In the same manner, we need to be open-hearted in our investigation until we see for ourselves the realities within religious scriptures, without taking extreme positions.

Religions share the same goals in seeking absolute truth. All humans face the same existential sufferings: sickness, aging, and death. Different traditions offer contradictory and conflicting solutions, but in the end, all orthodox traditions accept that the absolute truth is ineffable and hidden. Unfortunately, irrational followers insist on the supremacy of their specific version of this unseen truth. Some of them are not even aware of the difference between conversion and coercion, with the latter culminating in the logical extreme of terrorism or violence. The Buddha said that the person who misunderstands the teaching faces the greatest and severest danger.

Historically, Buddhism emerged as new religious movement in a context of diverse and competing schools of thought; Indian Buddhist literature acknowledges this. Jain texts also make references to a plurality of views that can be considered religious views at the time. We find in the Brahmajala Sutta 62 philosophical views or religious approaches to life. There was a religious revival during the time that Buddhism came into being. The fifth century BCE bore witness to competing religions, many of which were hostile to each other, from verbal debates to public confrontations.

Hostility against other schools was not uncommon during the Buddha’s time. We can find references in the Pali Canon in which the Buddha responded to Brahmins and wandering ascetics who sought to attack the Dharma. Some Brahmins sought to debate with the Buddha or tried to persuade potential disciples from converting to the Buddhadharma. They saw the Buddha as someone who was destroying the social order established by Brahmins. During the early career of the Buddha, they accused him of making women widows by asking their men to become monks. Buddhist literature also records conspiracies to discredit the Buddhist order through manufactured scandal or slander. Religious antagonism then was not very different to today. Where we find religious hostility or armed conflict in the world based on religious identity, Buddhism sees issues of identity, the self, and attachment to self-understanding.

In contrast to the hostile attacks against his own tradition, the Buddha never imposed his beliefs on others, even after securing the support of local kings or powerful businessmen. He consistently refrained from insisting that others swear to practice his doctrine. We can see the Buddha as an exemplar of interreligious harmony because he was sensitive to the broader social and cultural context in which he lived, which was a Brahminical one.

However, if conflict only spurs further conflict, then what resolution or end can there be to interreligious disputes? Most references to interreligious conflicts in the Buddhist canon direct the follower to present arguments in a logical manner that helps the “opposing” party to reach their own answer in a rational and logical manner. The way the Buddha and his great disciples responded to hostilities with other religions are exemplary models for how we can resolve confrontations today.

The first sutta of the DighaNikaya has an important reading regarding the Buddhist attitude toward religious differences. In the Brahmajala Sutta, where these different ditthis (views) among the 62 are mentioned, the Buddha notes that dogmatic grasping of any view is not conductive to the religious goal he prescribed. In the sutta, he was not committed to founding one more sectarian dogma. The emphasis in the sutta is on transformation of the person, the development of the inner nature of the person, a kind of very evident change in the experience of the spiritual path, not just dogma and theory.

The Buddha was probably challenged by the religious groups referenced as Parivrajakas (wandering ascetics), Nighanthas, and Brahmins. They sometimes confronted the Buddha with ideas about creation and the afterlife. In such situations, Buddha did not emphasize “winning” the argument, and therefore did not even always engage in such situations as his teaching mainly focused on teaching the path to end the suffering of samsara.

In the Pasura Sutta, a combative individual called Pasura challenged the Buddha with the intention of discrediting him. The Buddha refused to participate because Pasura was not interested in an honest discussion, saying: “I don’t cling to a view, and I will not engage with someone who is defiled with anger and hatred.” In other words, conflict is not only intellectual. A person whose mind is free from defilements cannot move with one whose mind is not.

The Kathavatthu Sutta examines how discussions and debate can be conducted productively and in good faith. The different parties are fit to talk only when they have certain qualities. The sutta reveals how a wise man talks: “Those who discuss when angered, dogmatic, arrogant, following what’s not the noble ones’ way, seeking to expose each other’s faults, delight in each other’s misspoken word, slip, stumble, defeat. Noble ones don’t speak in that way.”

• The person, when asked a question, stands by what is possible and impossible, stands by agreed-upon assumptions, stands by teachings known to be true, stands by standard procedure, then—that being the case—he is a person fit to talk with.

• The person, when asked a question, doesn’t wander from one thing to another, doesn’t pull the discussion off the topic, doesn’t show anger or aversion or sulk, then—that being the case—he is a person fit to talk with.

• The person, when asked a question, doesn’t put down [the questioner], doesn’t crush him, doesn’t ridicule him, doesn’t grasp at his little mistakes, then—that being the case—he is a person fit to talk with.

The “ten philosophical issues” of Indic thought were hotly debated during Buddha’s time. Sometimes people came to argue with the Buddha on these issues, but the Buddha refused to participate in any conversation with someone did not meet the Kathavatthu Sutta’s criteria.

One common way to promote interreligious harmony is by admitting that every religion is true. Buddhism does not maintain this view. Furthermore, this method of promoting harmony, while well-intentioned, does injustice to all parties. The Buddha clearly maintained the uniqueness of his teachings from those of other teachers. He agreed with them often on their morality or ethics, but he disagreed with them on metaphysical matters and on the extinguishing of existential suffering.

There were masters and sages who had studied diverse religious theories at that time, so they are referred to as “those who have studied the theories of other religions.” What the Buddha found disturbing was partisan or sectarian demolishing of the values of other religions. The idea is not simply to win an argument or score points, but to understand things as reliably as possible.

Buddhism encourages conflict resolution through education because Buddhism trusts in our capacity to perform good deeds with the correct information. This “voluntary” ideal appeals to people to look and see for themselves. Obviously, education doesn’t only mean the cultivation of some academic or professional expertise. Outside of the professional spheres, there is a wider ethical duty attached to each profession; namely, the good or harm that can follow as a consequence of human actions. Because of this “karmic” aspect, Buddhism understands education as the only way to discern right and wrong. Where ethical concern is lacking, technological advancements can be applied recklessly or incorrectly, and scientific progress can be self-defeating.

Science and technology do not investigate the ethical value of one’s desires and wants; they simply strive to meet them. Without this ethical assessment, science and technology can be misused to fulfill human desires that are destructive and harmful. If there is no ethical reflection regarding life and the nature of life, things may be too late by the time the technology is developed. It may well be that Buddhist reflections on human dignity and well-being are even more relevant today than in the distant past. We have developed so many technologies that are transforming what it means to be human that, without spirituality and ethics, we are rapidly reaching a point of no return.

There are very rare instances where Buddhist society has used religion to justify conflict with other religious groups, including forcible conversions. However, this is not an inherent characteristic of the Buddhist tradition. Even in the contemporary West, Buddhism remains attractive not due to its military or economic power, but through its appeal to logic, reasoning, and sublime spiritual teachings.

Original Headline: A Buddhist Approach to Interreligious Conflict and Harmony