The Mughal Empire in the 18th century was mostly run by powerful ministers, who put puppet kings on the throne and removed them when their usefulness was over. 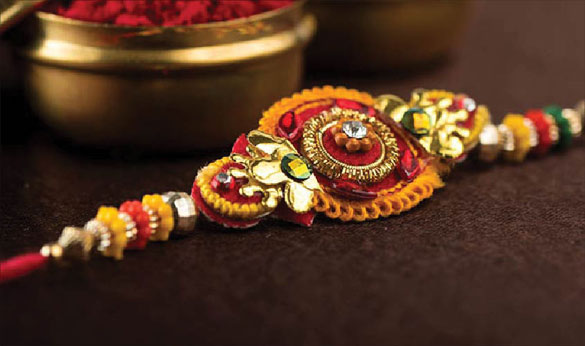 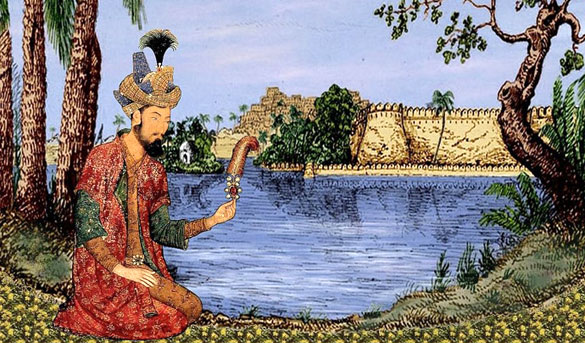 In 1754, the great grandson of Aurangzeb, Mohammad Aziz-ud-Daulah, became the 18th Mughal emperor to sit on the Mughal throne. He was chosen from among the many princes living in the royal palace and placed on the throne with the title Alamgir II (June 2, 1754 - November 29, 1759) by Imad-ul-Mulk.

Queen of Chittor Rani Karnavati sent a Rakhi to Mughal emperor Humayun and asked for his help.

Alamgir II was the reigning Mughal monarch only in name, with all powers vested in the hands of his Wazir, Ghazi-ud-Din Imad-ul-Mulk.

Attacks and plunder by the Afghan ruler, Ahmad Shah Abdali, had considerably weakened the Mughal empire. There was chaos everywhere, and Imad, suspecting the emperor to be in touch with the Afghan ruler and plotting to cast the Wazir aside, decided to get rid of Alamgir II altogether.

Imad did not have the courage to eliminate the emperor inside the fort; so devised a clever method of drawing the Badshah out.

Alamgir II was a very pious man and had great faith in Sufi Faqeers (mendicants). Whenever he heard a Faqeer had come to Delhi, he would call him to the fort; and, if the Faqeer didn’t come, the Mughal emperor would himself go and meet the Sufi.

Imad-ul-Mulk spread the rumour of a very esteemed Faqeer coming for a visit to Delhi, and staying in Firoz Shah Kotla, and who would not go out to meet anyone. As these rumours were cleverly fed to the emperor, his anxiety to meet the faqeer kept growing.

One night, the Badshah said, “I will go and meet him.”

When he reached the Firoz Shah Kotla, the Wazir said, “Jahan Panah, the Faqeer will be very upset upon seeing your retinue. You should go in alone.”

The Badshah ordered everyone, except a eunuch, to wait near the entrance and went in alone.

As soon as he set foot inside one of the rooms in the Kotla, he was attacked by the Wazir’s men and brutally killed. The emperor’s body was thrown into the River Yamuna.

The Wazir came out of the mosque and told the royal retinue: “The Badshah is sitting with the Faqeer and has asked me to bring a piece of paper from his Khwab Gaah. You all stay here; I will just be back with that paper.”

He disappeared from there after that.

Meanwhile, a Brahmin lady named Ram Kumari was passing by. She was on her way for the early morning puja of the Yamuna, which flowed under the Firoz Shah Kotla.  She saw a mutilated dead body that had floated back to the river bank and recognised it as that of the emperor.

The Mughal emperors always enjoyed the good will of their subjects – Hindus and Muslims alike. She immediately went over to the emperor’s lifeless body, sat down there and kept his head on her lap and crying softly waited for dawn.

At dawn, she was joined by other worshippers of the Yamuna. They all sat with their dead emperor, till help arrived.

Hours passed. When neither the Badshah nor the Wazir came back, the royal retinue got worried and went in to the mosque. There, they found it empty and started running around in search of the emperor.

They found his slain body under the wall of the mosque with the Brahmin lady guarding the corpse. The royal retinue brought the dead body back and after ritual bath buried him in Humayun’s tomb.

The next emperor, Shah Alam II, called Ram Kumari – the Brahmin lady who guarded Alamgir II’s body – and declared her to be his sister. He rewarded her generously.

After that, on every Salona (as Raksha Bandhan was called) festival, she would come and tie a Rakhi of pure pearls on Shah Alam II’s wrist. Accompanying the Rakhi would be lots of sweets. In turn, he would gift her clothes and gold coins, as was the norm.

Until the last Mughal emperor, Bahadur Shah Zafar hadn’t been exiled from the Red Fort, this practice continued, with women of Ram Kumari’s family coming to tie Rakhis on the wrists of the Mughal emperor and other princes.

Note: The reign and death of Alamgir II, and the role of Imad-ul-Mulk in the emperor’s murder is well documented. I have taken this story from Bazm-e-Akhir, written by Munshi Faizuddin, a Mughal courtier in 1885. Faizuddin spent a lot of time inside the Red Fort, or Qila-e-Moalla, as he was the attendant of Mirza Ilahi Bux, the father-in-law of Bahadur Shah Zafar. This story has also been mentioned by Mirza Farhatullah Beg in his 19th book, Phool Waalo’n ki Sair.

Original Headline: How a Hindu woman came to tie a rakhi to a Mughal emperor