The Honourable Lord Krishna: A Prophet of Allah

Author of The Wrong Kind of Muslim

Hindus worldwide will soon observe Krishna Janmashtami, a celebration of Lord Krishna's birth. While many recognize the differences between Islam and Hinduism, few may appreciate that according to Islamic principles and Prophet Muhammad, Lord Krishna was a true Prophet of God. 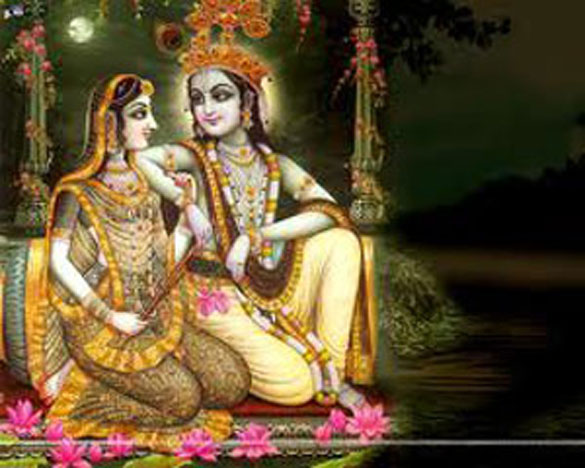 The obvious question that emerges is that if the same God sent Lord Krishna and Prophet Muhammad, why do Islam and Hinduism have notable theological differences? Simply put, Islam only argues that the original core teachings of Hinduism and Islam are the same -- the unity of God and the obligation to serve mankind. Furthermore, nothing in the Quran, Sunnah or Hadith declares that Lord Krishna was not a prophet. Thus, this short article offers nine points to consider -- together -- that Lord Krishna is a true prophet of God, a prophet whom Muslims also revere along with their fellow Hindu neighbors.

1. First, the Quran is the only ancient scripture that specifically mentions and praises other faiths. While the Quran mentions Jews and Christians specifically, in numerous places, likewise, it mentions Hindus in a group known as the Sabians. Sabians refer to non-Abrahamic traditions -- Hindus, Buddhists, Zoroastrians, Taoists, etc. Thus, recognition of Hinduism exists in the Quran.

2. Islam teaches six Articles of Faith. The Fourth Article of Faith is the belief in all of God's prophets. This simple Article of Faith provides further credence to recognizing Lord Krishna as a prophet sent to the Indian subcontinent.

3. The Quran is clear that God's Divine guidance is not exclusive to any one people. Rather the Quran says that God sent "messengers to every people" (10:48) and "We raised among every people a messenger" (16:37). Prophet Muhammad further declared that God has sent no less than 124,000 prophets to mankind throughout history (Ibn Hanbal, Musnad, 5, 169) of which only 28 are mentioned in the Quran. None of those 28 prophets are mentioned as being sent to the Indian subcontinent. Thus, it is perfectly reasonable that Lord Krishna is one of the many prophets God sent with His Divine message.

5. Remarkably, Prophet Muhammad declared, "There was a prophet of God in India who is dark in color and his name was Kahan [Krishna]" (History of Hamadan Dailmi Chapter Al-Kaaf). Some critics allege this is not a Sahih (authentic) hadith, and while their assessment could be valid, their conclusion that the hadith should be discarded is invalid. Basic Islamic jurisprudence holds that if a hadith does not contradict the Quran, then it may be accepted as valid. As mentioned earlier, nothing in the Quran, Sunnah or Hadith declare that Lord Krishna was not a prophet of God. Thus, Prophet Muhammad's testimony provides clear guidance of Lord Krishna's status in Islam -- that of a prophet. In fact, a renowned early 19th century Muslim scholar, Muhammad Qasim Nanotwi also was of the opinion that considering the evidence and this hadith, Lord Krishna was a true Prophet of God (Dharam Parchar Pg 8 & Debate Shah Jahan Pur Pg 31).

6. Islam's Third Article of Faith is the Belief in God's Books. This is why Muslims revere the Injeel (Gospels) and Torah (Old Testament). Thus, it is only logical that Muslims also revere the Gita and Vedas, Hinduism's holy scriptures from which Lord Krishna taught.

7. Earlier I mentioned that both Islam and Hinduism teach the unity of God and service of mankind -- a message both Prophet Muhammad and Lord Krishna taught. In fact, the Vedas state, "There is only one God, worship Him" (Rig Veda, 6.45.16) and "Do not worship any one beside Him" (Rig Veda 8.1.1) and also, "God is only one, not a second" (Chandogya Upanishad Ch. 6.2.1). Furthermore, countless verses in the Vedas teach the service of mankind. For example, "Oh Noble men! We do not commit violence. We do not hurt others. We do not quarrel either. We of course chant Vedas and act according to its dictates" (Rig Veda 10.134.7) and "Every man should protect the other in all respects" (Atharva 6.64.1). Again, while admitted theological differences exist between Islam and Hinduism today, no doubt exists that Prophet Muhammad and Lord Krishna both taught God's unity and service to mankind.

8. Furthermore, Lord Krishna's scriptures clearly prophesize Prophet Muhammad's advent in multiple places. We provide just two. Bhavisyath Purana 3:5-8 states, "A spiritual reformer will come from a foreign land (outside Bharat) with his disciples. His name will be Mahamad. He will dwell in a desert." Likewise, "His [Mahamad's] followers will perform circumcision. They will not keep their hair in the form of Choti as the Brahmans do. They will keep beard. They will bring about a revolution. They will call with a loud voice [i.e. Adhaan]. They will eat meat of animals other than that of swine. They will attain purity through Jihad. Their civilization will be called Muslay [Muslim]." For the sake of brevity we will avoid further commentary on these verses as they speak volumes on their own. Suffice it to say, however, that these verses further support the argument that the same God who sent Prophet Muhammad, sent Lord Krishna. Earlier we provided Prophet Muhammad's hadith validating Lord Krishna, and now we provide Lord Krishna's Holy Scripture validating Prophet Muhammad. What further proof do we need that Prophet Muhammad and Lord Krishna are brothers cut from the same mould?

9. Finally, in the Quran, God gives Prophet Muhammad the auspicious title of Khataman Nabiyeen or Seal of the Prophets (33:41). While some limit this title's meaning to "last," from Hadith and authentic Arabic lexicon it is clear that the true import of "Seal" is Greatness and Validation. That is, Prophet Muhammad is called not only the greatest prophet, but also the Validation of all prophets. Thus, it makes perfect sense why Prophet Muhammad specifically called Lord Krishna a Prophet -- part of his purpose in coming was to declare to the world that God did not abandon any people. Rather, God sent His guidance and prophets to all people. In doing so, Prophet Muhammad validated Lord Krishna's truthfulness -- something no prophet of any faith outside of Islam has done. Thus, as human beings we must honor and revere all those prophets because the same God sent each of them -- Lord Krishna being no exception.

In short, Prophet Lord Krishna was a noble, righteous, beloved one of God. Far from theological division, he is a source of unity and accord between Hindus and Muslims.