Knowledge, Compassion and Understanding In The Synagogue 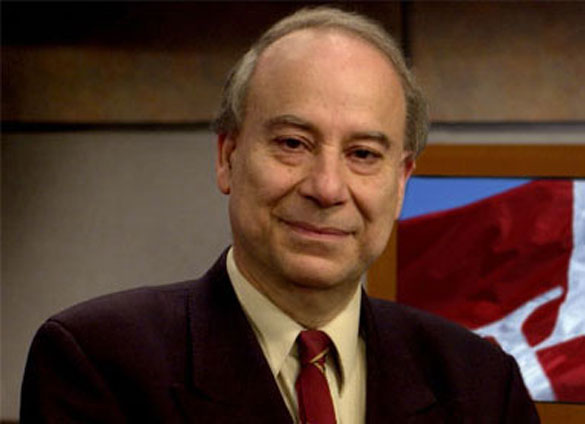 It has been one year since the election of President Donald Trump, and minorities in America are facing an onslaught. In addition to escalating Islamophobia, anti-Semitic attacks have sharply risen this past year according to the Anti-Defamation League. Meanwhile, a recent US Department of Education investigation confirmed very disturbing reports of anti-Semitic harassment in one Colorado school, while a Tennessee student recently had her hijab ripped off in her classroom.

It is in this context that on October 20, Ambassador Akbar Ahmed, the Ibn Khaldun Chair of Islamic Studies at American University in Washington, DC, delivered a Shabbat dinner lecture at Temple Beth Ami, a Reform synagogue in Rockville, Md., a DC suburb. Ahmed spoke at the invitation of Rabbi Baht Weiss, a former student of Ahmed’s in his online course, Bridging the Great Divide: the Jewish-Muslim Encounter, taught in conjunction with Dr Edward Kessler, founder director of the Woolf Institute at Cambridge.

After Weiss warmly introduced her former teacher, Ahmed delved directly into the heart of the evening: the importance of dialogue and friendship in strengthening the Jewish-Muslim relationship. He began by sharing the story of his friendship with Dr. Judea Pearl, the father of slain Wall Street Journal reporter Daniel Pearl, who was kidnapped and killed in the spirit of hate while reporting in Karachi. The two had connected a few months after Daniel’s death and went on to launch a legendary dialogue series branded as “two grandfathers on a stage” which spanned the globe.

Ahmed went on to discuss the essence of Islam and how it runs strongly contrary to the media narrative. He shared how the two most prominent names of God in the Quran are Rahman and Rahim, or merciful and compassionate, and expressed his continued bewilderment as to how groups such as al Qaeda and ISIS could possibly grasp Islam in such a violent and unjust manner.

He also explained how he is constantly amazed by the familiarity he feels as a Muslim when interacting with the Jewish faith and Jewish community. The dietary laws are similar, many of the customs are similar, and the values of knowledge and charity are shared. Jews and Muslims hold the nature of God, the Ten Commandments, and the prophets like Abraham and Moses all in common. As such, he finds it to be a disturbing paradox that Muslims can be anti-Semitic and Jews Islamophobic.

Ahmed concluded his presentation by conveying his fear that, given the virulent, multidimensional hatred around the globe today, we are drifting into World War III, but that unlike the first two World Wars, it would be an amorphous war in which asymmetrical aggressors attack anyone at any time: “We within the Muslim community are the first victims.”

Members of the congregation came out in force with questions. One woman expressed her frustration that her Muslim neighbours of 15 years seemingly have no interest in reaching out to her or to others nearby. Ahmed recommended she remain patient and keep trying to connect through friendship. One man discussed his past attempts to read the Quran, which he has found to be impenetrable. Ahmed advised him to keep trying, noting that the Quran is similar to all other sacred texts in its complex nature, as ultimately “who can penetrate the mind of God?” He also advised that the rewards of understanding the Quran are great for Muslims and non-Muslims alike.

Ahmed also expressed his worry that while human societies are advancing rapidly in terms of technology, we are quickly losing any sense of a common humanity. He acknowledged that even while global trade and technology allow knowledge to spread more easily than ever before, we are seeing vast inequalities that are giving sharp rise to chaos, anger, and violent acts such as the harvesting of organs from refugee children which defy all logic and decency. Ahmed did end on an optimistic note, referring specifically to this “incredible young generation,” which he believes, with some serious guidance, will change the world.

Among the many powerful responses was that of audience member Andra Baylus, the president of the Greater Washington Muslim-Jewish Forum: “I cried all the way home wondering what in God’s name I could do to help raise consciousness among my fellow Americans of our ethical responsibility as privileged citizens to help those suffering around the planet which we all share and call home. Ambassador Ahmed gave us hope, reminding us that our respective faith tradition teach us to be compassionate and merciful and to put these teachings into action every day of our lives.”

Knowledge, compassion, understanding — these principles, underlying Ahmed’s presentation and broader mission, are central to all of the world’s major faiths. Tragically, these values are also ones under constant assault in America and throughout the world today. Yet, as programmes such as this Shabbat dinner remind us, we Americans, as do indeed all peoples, thirst to learn about one another and extend a hand of friendship. If we are to save our societies, we must all make a stronger effort to reach out in friendship and open our minds to learning about the other. Until every Muslim girl can enter her classroom without fear of her hijab being torn away and every Jewish student can go to school without fear of having swastikas drawn on their arms, we will have to keep pushing forward.