It is the beauty of the UAE that people who come from different religious beliefs are free to practice their religion in the country. There are churches, mosques, temples in many parts of the country. 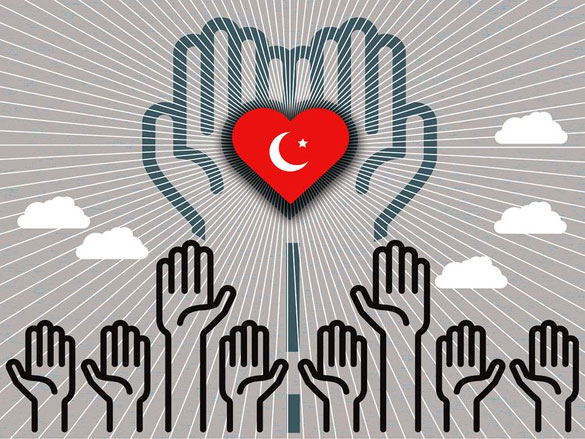 For example, of the 35 churches in the UAE, most are located in Abu Dhabi and Dubai because these emirates contain a substantial number of expats.

Bishop Bernard Giovanni Grimoli, who is in charge of churches in the Arabian Gulf region, has gone on record to praise the freedom granted to Christians in the UAE to practice their faith. He praised the fact that all places of worship are protected by the authorities throughout the year and stated that “I have not seen a Christian being harassed in the UAE.”

Interestingly, an article entitled ‘Emirates Embrace of Religions since the Dawn of History’ in Heritage journal indicates that back in 1992, Sheikh Zayed requested a French archaeological expedition to explore the monuments of Sir Bani Yas island.

The archaeological mission discovered a unique historic landmark in 1996 — a Christian monastery dating back to the 7th century AD. As part of Sheikh Zayed’s policy of practicing tolerance, it was announced that the monastery will be preserved.

It is a popular tourist destination since 2000. Visitors to Abu Dhabi are well aware that the place has allowed migration of people of different religions since ages.

The UAE Federal Government is keen to promote acceptance and mutual understanding as core values of the society.

As a practical application of the principle of tolerance His Highness Sheikh Mohamed Bin Zayed Al Nahyan, Crown Prince of Abu Dhabi and Deputy Supreme Commander of the UAE Armed Forces ordered in 2017 that the Sheikh Mohammad bin Zayed Mosque in Abu Dhabi, to be renamed ‘Mariam, Umm Eisa’, Arabic for ‘Mary, the mother of Jesus’.

The Spirit of Unity

Inspired by this move, an Indian-Christian businessman named Cheriyan, who had lived in the UAE for 15 years, built a mosque at his own expense.

Many churches and temples in the UAE regularly conduct iftar for Muslims during Ramadan. People from other faiths fast alongside Muslims here. A Sikh gurdwara in Dubai conducted Iftar for Muslims last year.

St George Jacobite Syrian Orthodox Simhasana Cathedral organised Iftar and prayers during Ramadan for Muslims under the theme ‘get-together’. These are some examples of religious tolerance which has become the high point of UAE culture.

UAE At the Forefront

The UAE government has always condemned all aggressive actions against non-Muslims that takes place in the name of Islam, both internally and internationally.

The government has issued laws to punish anyone for using aggressive actions or words against others. In the past the UAE has vociferously condemned extremism and offered sympathy to the affected people all over the world.

After the terrorist attack on the Coptic Marmina church in Cairo, Sheikh Nahyan bin Mubarak Al Nahyan, UAE Minister of Tolerance, attended a Christmas service at St Anthony’s Coptic Orthodox Cathedral in Abu Dhabi, where he made a remarkable speech.

In 2019, UAE sent a firm message of religious unity to the world by establishing The Abrahamic Family House, a place of worship for Jews, Christians and Muslims to practice their own religions, in Abu Dhabi.

It is in this spirit tolerance that UAE continues to be a peaceful place — one that deeply believes in coexistence and respect of people's faith.

Original Headline: The idea of coexistence is dear to the UAE