1.    25 religious leaders from Muslim, Christian and Jewish communities had participated in the meeting.

2.    They discussed practical ways to bring peace in the world

3.    They agreed that religion should not be used to commit violence, war or discrimination against people.

4.    They stressed on bringing peace in Nigeria and the Middle East. 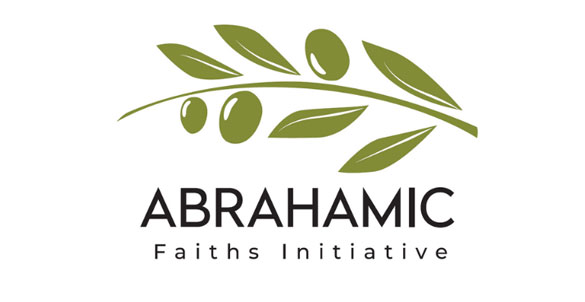 During the last decade, the world has witnessed a heightened violence and religious extremism in the world, particularly with the rise of the ISIS. Like the Al Qaida, the ISIS also emerged from the Middle East, the place of birth of Islam and soon become an umbrella organization of extremist and terrorist organization around the world. Even outfits dealing in drugs, extortion, smuggling and human trafficking active in the Middle East, Philippines, Nigeria and other Muslim majority countries paid allegiance to the ISIS to win the support of the Muslims and create a friendly image among the Muslims.  These outfits perpetrated violence in many countries like Pakistan, Afghanistan, Philippines, Sri Lanka, Nigeria and in European countries. All these terrorist outfits and extremist organizations used religion to justify their terrorist and extremist activities. The peace loving Muslims and the moderate religious leaders of the world, particularly of the Islamic countries condemned the violence but a considerable section of religious leaders either remained silent or lent overt or covert support to them making the problem worse.

However, during the last two years, some prominent religious leaders from across the Abrahamic Faith have taken the matter seriously and have sit together to find a way out of the problem of violence in the name of religion.

In 2019, Pope Francis and Grand Imam of Al Azhar University, Sheikh Ahmad Al-Tayyeb had come together and signed the Document on Human Fraternity to end terrorism and bring peace in the world. Inspired by the initiative, a non-government organization of the US, the Multi-Faith Neighbours Network (MFNN),had convened a meeting of 25 religious leaders among Muslims, Christians and Jews in Rome on July 14, 2020 to discuss practical ways to end terrorism, wars and violence inspired or driven by religious interests. The initiative was called the Abrahamic Faith Initiative.

The participants in the meeting had open mindedly discussed the causes of the spread of terrorism and the use of religion in the fulfilment of political interests of political leaders and small and powerful nations.

The religious leaders and theologians of all the three faiths had said that their faith does not allow to use violence to expand religion. They had unitedly released the statement:

“As members of the family of Abraham, we stand in solidarity Jews, Christians, and Muslims to honour the father of our shared faith in recognition of our common heritage to pray that God helps us to serve and treat each other with love, mutual respect, and kindness; and to promote the common good. Central to our shared heritage is the ethic of reciprocity, of doing unto others as we would have them do unto us. This golden rule, common to almost all ethical traditions including beyond the Abrahamic faiths, precludes us from committing violence against others.”

“We endorse our commitment to "resolutely declare that religions must never incite war, hateful attitudes, hostility, and extremism, nor must they incite violence or the shedding of blood, “as stated in the Document on Human Fraternity for World Peace and Living Together in 2019.”

The participants also discussed steps to end terrorism in Nigeria where the Christian-Muslim conflict is sharp. They had proposed that religious leaders of all the faiths, particularly from the Muslim and Christian communities should be brought to Nigeria to influence both the communities into believing that violence was not supported by either Christianity or Islam. They had expressed concern over the fact that religion was being used to perpetrate violence against minority communities from Muslims of Myanmar or Christians of Nigeria.

In short, the Abrahamic Faith Initiative was a commendable initiative but this initiative should not remain a onetime affair but should continue as a regular event held annually and participated both by prominent moderate religious leaders and political leaders to find a permanent solution to the culture of violence.

The need of such an initiative is felt more today because during the last year, the extremist organizations have perpetrated acts of violence in Afghanistan, Nigeria and Middle East. Boko Haram and other militant outfits have committed violence against moderate Muslims and Christians in Nigeria and elsewhere.

On August 30, the ISIS-affiliated militants attacked a village in Nigeria and killed at least 11 people. This year, Boko Haram killed hundreds of civilians in Niger.

In April this year, a Christian militia attacked a convoy of Muslims and killed at least 22 Muslims.

Therefore, a strong initiative like Abrahamic Faith Initiative should be taken and meetings of the religious and political leaders of the world should be organized annually and in all the major cities of affected countries to make people aware of the fact that religion does not support violence for expanding religion and to spread the religion.