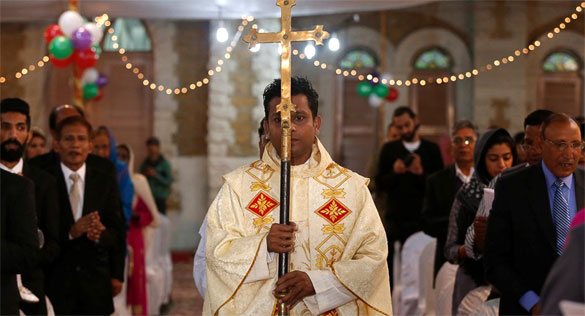 A member of church holds a cross as he walks past people pray during a ceremony on Christmas eve at Central Brooks Memorial Church in Karachi. PHOTO: REUTERS

Christians in Pakistan have always been at the receiving end of the extremist Muslim organisations and clerics of the country. They form 1.6% of the population of Pakistan. They live mainly in Karachi, Lahore, Faisalabad, Quetta and Gojra Town.

They have been subjected to violence at the pretext of blasphemy. Asia Bibi and Rimsha Masih are glaring examples of the persecution of Christians by the extremist groups. Apart from that, bomb explosions and suicide attacks have been carried out at their churches and schools a number of times.

Most of the attacks have been carried out on the pretext of blasphemy. Salman Taseer, the Punjab Governor was killed by an extremist youth Mumtaz Qadri because Me Taseer demanded scrapping of Blasphemy Laws as they had become a tool of persecution of Christians. 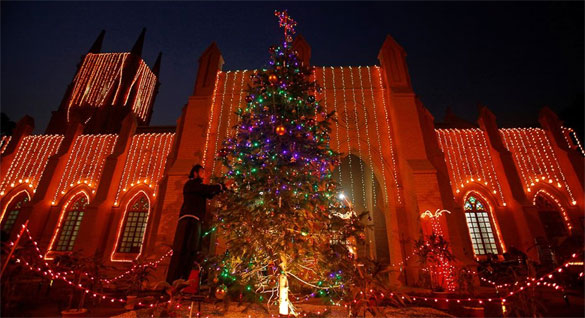 A man decorates a Christmas tree at the St. John Cathedral Church ahead of Christmas celebrations in Peshawar. PHOTO: REUTERS

Amidst such a hostile atmosphere the Christian community of Pakistan celebrated the Christmas across the country and prayed for the prosperity of the country which has not assured of security, safety and employment opportunity. Still some leaders boasted on the occasion of Christmas that Pakistan was safe for minorities.

The Urdu newspapers of Pakistan by and large remained indifferent to the festival and did not give much space to the reports of celebrations. The widely circulated Urdu daily Jang devoted one page to Christmas in which a formal article on the Rights of minorities in an Islamic country was published ironically by a Jamat Islami naib Amir. The article was published on the life and teachings of Hadhrat Isa a.s. not from the point of a Chrisyian but from the Islamic point of view. In that article, the writer Maulana Md Ilyas Ghumman writes:

The Christians of the world attribute the day of 25th December to the birth of Jesus the Messiah and celebrate the day as Merry Christmas ( Muslims should not congratulate them on the occasion nor should they receive greeting from them).

Maulana was probably influenced by the statement of Hamas leader Ahmad Kulab who had said a few days ago that Muslims should neither congratulate the Christians on Christmas nor should they reciprocate their greetings. He may also have followed the diktat or fatwa of Taliban against wishing Christians Merry Christmas. 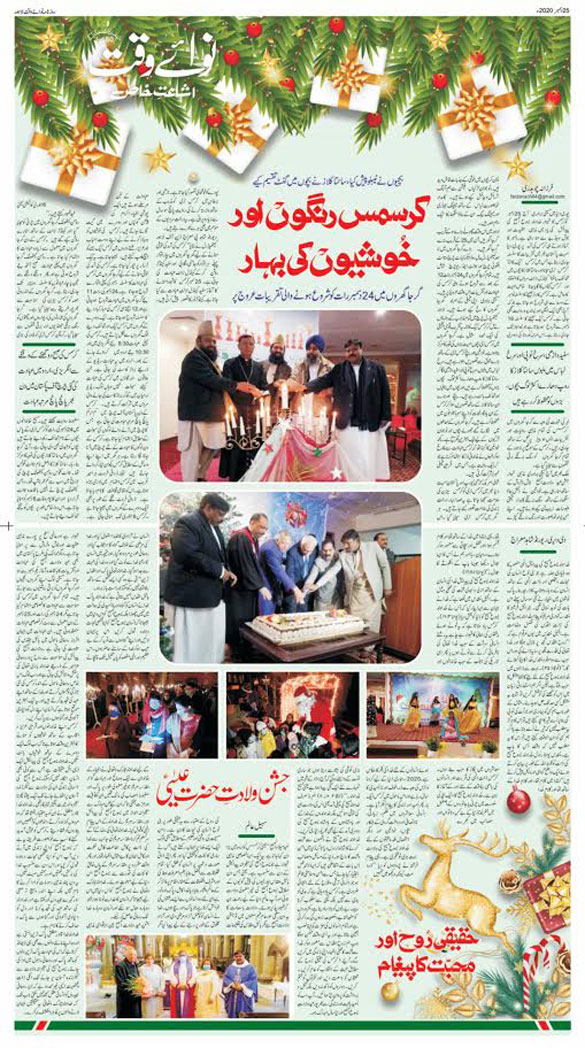 However, the daily Nawa-e-Waqt, the newspaper close to Lashkar-e-Taiba and Taliban, surprisingly provided the silver lining. It published a colourful supplement on Christmas in which it published articles on the life and message of Lord Jesus written by Christian religious heads and writers and provided them an opportunity to present their views on Jesus Christ and his teachings. For example, Reverend Shahid Meraj writes:

"The word "Son" for Lord Jesus creates confusion in many minds but when we try to understand it as a metaphor, the confusion may be cleared to a great extent. For example, when we appreciate someone's bravery by calling him "Sher Ka Bachcha" we dont mean that he was born of a tiger. Similarly when we call someone Ibn-ul- Waqt (an opportunist) we do not mean that Time is his father. Holy Yohanna describes Lord Jesus as the 'Word of God' and argues that 'Word' was with God 'Word' itself was God." 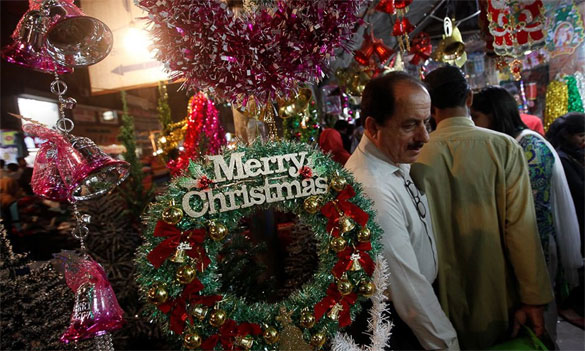 Therefore, The Christians in Pakistan celebrated Christmas amidst lockdown restrictions and indifference from media and the majority community and in a hostile atmosphere.